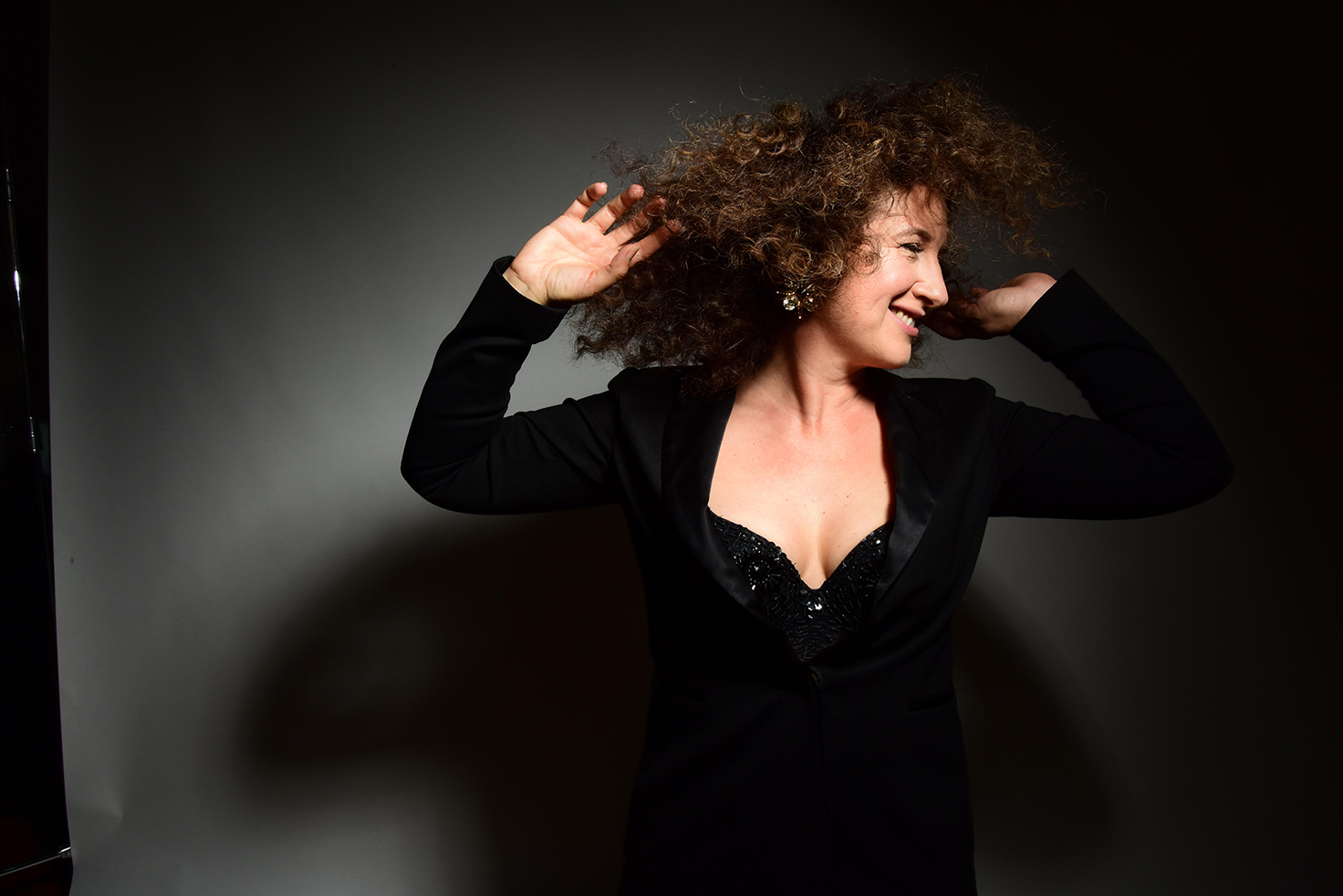 by Mike Greenblatt, the Aquarian Weekly

There is a scene in the 2015 movie Brooklyn wherein an immigrant named Ellis Lacey (played by Saoirse Ronan) steps off the boat from Ireland in her new world of New York City. Her eyes are filled with wonder and her right hand tightly grips her one piece of luggage. When Svetlana, sitting in a dark Manhattan movie theater, saw that scene, she gasped, because that was her, coming here from Russia where she spent the first 22 years of her life.

What can a poor girl do but sing in a swing band?

When Svetlana & The Delancey 5 performed in 2016 at the now defunct BB King’s on 42nd Street in New York City, she performed a brand of jazz popular during the prohibition era… and immortalized on HBO’s Boardwalk Empire. She blew me away that night. I didn’t know she brought the wild dancers that filled the floor as part of her retinue. There was something about her voice, her magisterial presence, the twinkle in her eye, that conjured up visions of Lady Day, Ella, Sarah, and Dinah. She was all of them and more. She had already earned her chops at The Back Room, one of the very few still-standing Big Apple speakeasies, a room that illegally sold booze during America’s stupid and wasteful enforcement of the Volstead Act. This national embarrassment tried and failed to legislate morality with a national alcohol ban but only succeeded in giving rise to the mob between the years 1920 to 1933. (For more on this, see the great PBS mini-series Ken Burns’ Prohibition.)

Back in Russia, Svetlana would immerse herself in American cinema. There was a movie theater in Moscow—a hidden venue in the midst of Soviet oppression called The Illusionist—where she’d sit and watch and dream of a better life. Those movies were her portal to temporary freedom.

That’s why Night At The Movies (Starr Records) means so much to her. Consider it her coming-out party. It’s a sultry and sensuous trip through a Hollywood visor of songs from 14 films that had an important part of her cultural upbringing. We don’t have to go into here the fact that this strong-willed woman, this independent free-spirit, first became successful in business and as a professor and as a mom, all before she reached for the stars.

Now there’s no holding her back.

From Russian cinema, the French New Wave, modern Oscar-winners and animated classics, she takes songs and molds them into her own oeuvre. It’s a far cry from the hot-jazz Roaring Twenties brand of reckless abandon that got her this far. Keep in mind, back then, for both audiences and musicians alike, there was the illicit thrill of drinking and dancing to hot jazz when you knew the police could bust in at any time and haul everyone off to jail. It gave the music an edge… like fifties rock ‘n’ roll. Svetlana’s new sound is sumptuous and sophisticated now but make no mistake about it: she’s not abandoning her roots.

“I consider it a side trip,” she says on the phone in the car on the way to a gig in Boston. “I like to explore different genres and assume different identities. In the last couple of months, as I toured, I noticed that the audiences were more open to hearing new sounds. At the same time, I was listening and being exposed to many different types of music. Night At The Movies, to me, is only a natural progression.”

One of its many highlights is her duet with the exquisite trombonist and vocalist Wycliffe Gordon on “Cheek To Cheek,” the Irving Berlin song that Fred Astaire and Ginger Rogers first sang in the 1935 movie Top Hat. “I just love singing with him,” sighs Svetlana. “He’s so busy, he has relationships with many artists, not just me. He’s extremely generous as a person and an artist. The thing about Wycliffe is that you never know what you’re going to get. I sing and perform differently when I’m with him.”

Madonna first sang Stephen Sondheim’s “Sooner Or Later” in Dick Tracy. In fact, it won the composer a 1991 Oscar for Best Original Song. In Svetlana’s capable hands, it turns into a total tour-de-force due, in no small part, to Sullivan Fortner’s pumping piano as arranged by Gil Goldstein that jams on for a full 6:34 complete with a dynamite horn section. Ask Svetlana about this music and she’s quick to defer praise towards her A-List sidemen. The fact of the matter is that in the jazz capitol of the world, New York City, A-Listers are lining up to command the bandstand (and the studio) with her.

“Pure Imagination” is from 1971’s Willy Wonka & The Chocolate Factory.

“Smile,” a duet with her own daughter, Isabel Braun, is from 1936’s Modern Times. “It’s a timeless song,” says Svet. Charlie Chaplin, the silent film star, wrote the melody. Its lyrics were written 18 years later. “This young teen singing with her mom? To me, it’s an anthem of positivity in the difficult time we live in today.”

(“Smile” has been famously covered by everyone from Peggy Lee, Jimmy Durante, and Nat King Cole to Sammy Davis, Jr., Diana Ross, and Michael Jackson.)

The album ends with the song Judy Garland first sang in 1939’s Wizard Of Oz. “Over The Rainbow” could have been a maudlin exercise in trying to resurrect a dead dog of a song. Instead, Svetlana makes it seem new again, replete with the yearning and dreaminess of that young girl from Kansas named Dorothy wishing and hoping for a better day. It’s safe to say that Svetlana owns the tune now. Yet, in her inimitable fashion, she again deflects praise. “Guitarist Pasquale Grasso is genius on that song,” she says breathlessly. “He’s absolutely amazing in how he knows the entire vocabulary of jazz.”
Svetlana will be at The South Jazz Kitchen in Philadelphia October 6, Jazz On Broad in Hopewell, NJ October 10, and The Roxy Hotel in New York City on October 18.