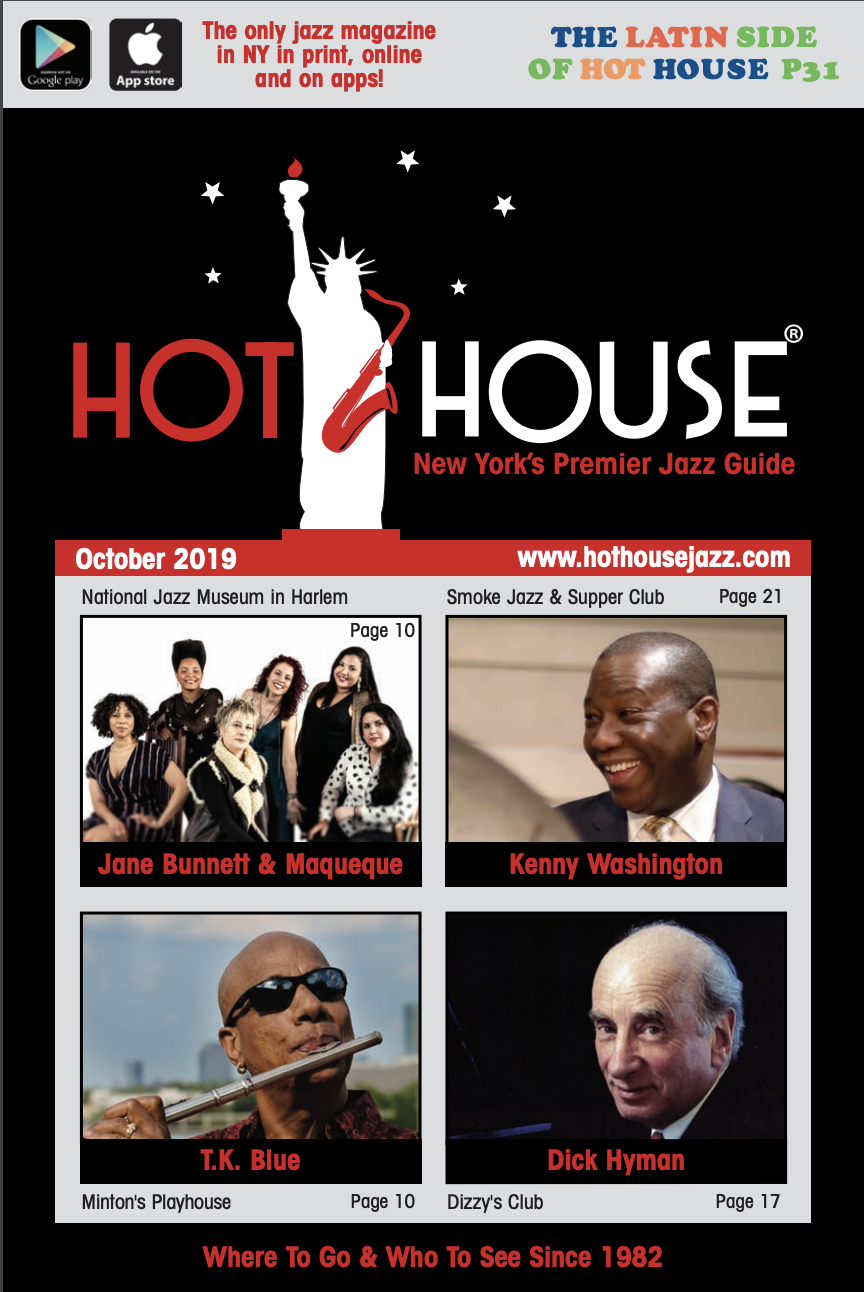 Another Reason To Celebrate

Trumpeter Kenyatta Beasley’s new release, Frank Foster Songbook (ArtVsTransit), pays tribute to his mentor, the acclaimed saxophonist, composer and arranger who is perhaps best known for his work with the Count Basie Band and his own Loud Minority Big Band. The two-CD set was originally planned as a conventional studio album, and there’s no doubt it would have been a fine recording. Just consider all of the great players involved: Kenyatta’s septet comprises trombonist Vincent Gardner, saxophonists Mark Gross and Keith Loftis, drummer Alvester Garnett, bassist Dezron Douglas and pianist Anthony Wonsey. Plus, special guests Wynton Marsalis, Carla Cook, Mark Whitfield and Eric Wyatt each make their presence known.

But the confluence of Frank Foster’s history of playing for dancers and Kenyatta’s roots in New Orleans, with its history of joyous tributes to departed loved ones, complete with parades and second-line bands, made a live recording an obvious choice. “I wanted it to be a life celebration of ‘Foss.’ He came up when jazz was the popular music, it was the dance music era. I wanted to get that vibe for a celebratory record of his career.”

The trumpeter aimed to capture the vibrant feel of live recordings by Miles Davis or Cannonball Adderley from the 1960s, on which the audience’s response becomes an important part of the record. He knew exactly the right place to find that vibe: Jazz 966, in Brooklyn. “It’s one of the few places where you have true jazz connoisseurs who like to dance,” Kenyatta explains. “Foss loved playing for dancers, so we needed to be where people are dancing, enjoying life and enjoying the music. It’s a versatile audience that could enjoy both the dance music and the slightly more contemporary things as well.”

Late in his life, Foster encouraged Kenyatta to arrange some of his material, with an eye toward possibly publishing a book of charts. “There are no African American composers with jazz-arranging textbooks,” he notes. Pursuing the project became imperative when the trumpeter landed a job teaching arranging. “I didn’t know much about jazz arranging,” he admits. “A lot of times you need that pressure. I had to call Foss many nights. He sent me all his notes breaking down jazz arranging. I stayed two steps ahead of my students, and I called him at inopportune times, in desperation. He never turned me down.”

Instead of mining Foster’s greatest hits for the Frank Foster Songbook arrangements, Kenyatta suggested, “Let’s do songs people don’t know you for.” Foss had only one request: Don’t play “Shiny Stockings.” Though it’s a jazz and popular standard, with hundreds of versions recorded, Kenyatta says until the final years of his life the composer did not own the publishing rights for what’s arguably his best-known tune. “Foss didn’t understand how publishing worked,” the trumpeter says. “Imagine, these musicians who contributed to the evolution of the music and didn’t understand publishing, people took advantage of them and they didn’t earn the money for their work.”

Knowing the back stories of some of his heroes, Kenyatta now strives to be part of the solution. As the founding director of the Music Technology/Entrepreneurship and Performance Program at Long Island University’s Brooklyn campus, he teaches musicians how to be self-sufficient, how to own, produce and distribute their intellectual property. “It’s very important they learn to produce and monetize their own work, and to understand the roles of people they hire, like managers, agents and others, and understand how they should help you. Sometimes musicians give money to people, but are not sure what they do,” he says. “Though it may seem easier to walk around with a cloak of ignorance, real life can hit you hard and you have to make difficult decisions. Life comes down to options—and it’s always good to have them.”

Though his mentor passed away a year before the recording session, Kenyatta continues to feel his influence. “I think Foss was looking down on everything. Everyone I called was available for rehearsals, preparation, gigs; that’s the only time that’s ever happened.” He expects the same all-star band to be on hand Oct. 30 for a free performance at Kumble Theater at Long Island University in Brooklyn, joining the trumpeter in celebrating the release of Frank Foster Songbook. “Everybody’s committed so far. We’ve been playing the music around town and keeping it fresh,” he notes.

Musicians embracing the music and rhythms of cultures outside their North American homes are the forces behind two new albums. Alto and soprano saxophonist, flutist and thumb piano player T.K. Blue (also known as Talib Kibwe) pays tribute to his longtime leader and mentor, Randy Weston. The pianist, jazz’s leading apostle of African rhythms as the music’s roots and bedrock, died last year at 92. Jane Bunnett, the Canadian soprano saxophonist and flutist, presents the latest offering from her 5-year-old all-female collective sextet, Maqueque, a band rooted in Afro-Cuban traditions.

The title of T.K. Blue’s The Rhythms Continue (Jaja Records), alludes to the name Randy gave his combos: African Rhythms; T.K. was a member of those bands for three decades.  He reunites here with two African Rhythms stalwarts, bassist Alex Blake and percussionist Chief Baba Neil Clarke, on a number of tracks that showcase a lineup similar to Randy’s. Pianist Sharp Radway invokes the late master’s spirit. Those band tracks are mostly T.K. Blue originals with prominent African-inspired rhythms, but they are but just facet of this recording’s myriad sides. On Randy’s “Kucheza Blues,” tenor saxophonist Billy Harper joins the basic ensemble, adding a solo that inspires T.K.’s following one as a CD highlight. Randy’s most famous tune, “Hi Fly,” also features Billy, as well as the four-handed piano duo of Mike King and Keith Brown, in a rendition that forgoes the head (lead melody) as well as the usual 6/8 beat in favor of a fast, swinging flag-waver.

Five of Randy’s compositions are played by T.K. alone. Four are resonant a cappella alto sax solos; the fifth, “Night in Medina,” comprises both soprano and alto saxes, a cappella as well as sometimes overdubbed (or played together) in the manner of Rahsaan Roland Kirk. Two distinctive tunes represent Melba Liston, the trombonist who was Randy’s frequent orchestrator and arranger. The catchy “Insomnia” and the deeply lyrical “Just Waiting: A Sister’s Lament” are both done as duets of T.K.’s alto sax and the rhapsodic piano of Kelly Green.

On a handful of tracks (the album boasts 19 altogether) the saxophonist also plays one or more of his four African thumb pianos, creating a traditional vibe accentuated by Neil’s polyrhythmic percussion. T.K.’s “The Wise One Speaks” has thumb piano lines dubbed under his soprano sax solo, while the Senegalese-rhythmed “At the Crossroads of Touba” finds him soloing on flute over thumb piano riffs. The CD ends on an elegiac note with Talib’s “World 3: The Last Goodbye,” quoting “In a Sentimental Mood” (Randy revered Duke Ellington) in a gentle piece with piano, bass, flute and hints of thumb piano.

Forging a distinct presence as a woodwind specialist in the clarinet family, Oran Etkin’s career has spanned children’s music to the modernist movement. He has culled influences that are worldly and jazzy, with a particular emphasis on the bass clarinet. A native of Israel, he moved to Boston, studied with Yusef Lateef, and landed at the Manhattan School of Music. His latest effort Finding Friends Far from Home: A Journey with Clara Net is geared for the younger set and young at heart. It was recorded under the moniker Timbalooloo, in China, the Czech Republic, Turkey and Zimbabwe with their native musicians. At this 11 a.m. CD release concert, the band features pianist Hyuna Park, multi-instrumentalist David Hofstra and drummer Jeremy “Bean” Clemons.

A drummer in the jazz/rock/global fusion arena, Gerry Gibbs and his various Thrasher bands have been wowing fans of multiple genres. The latest iteration, Thrasher People, can be heard on Gerry’s new CD, Our People. Once again, the style evades pigeonholing, with Gerry playing the drum kit along with many of the roughly 60 different instruments incorporated. Influences come from everywhere, there’s lots of volume, depth and substance. The son of renowned vibraphonist Terry Gibbs, Gerry is a native New Yorker, who grew up in Southern California. He has recorded 10 CDs, and worked with Ron Carter, Kenny Barron, Ravi Coltrane and Quincy Jones. At Nublu, keyboardist Alex Collins, bassist Gianluca Renzi, flutist Mayu Saeki and vocalist Kyeshie Gibbs join Gerry on stage.