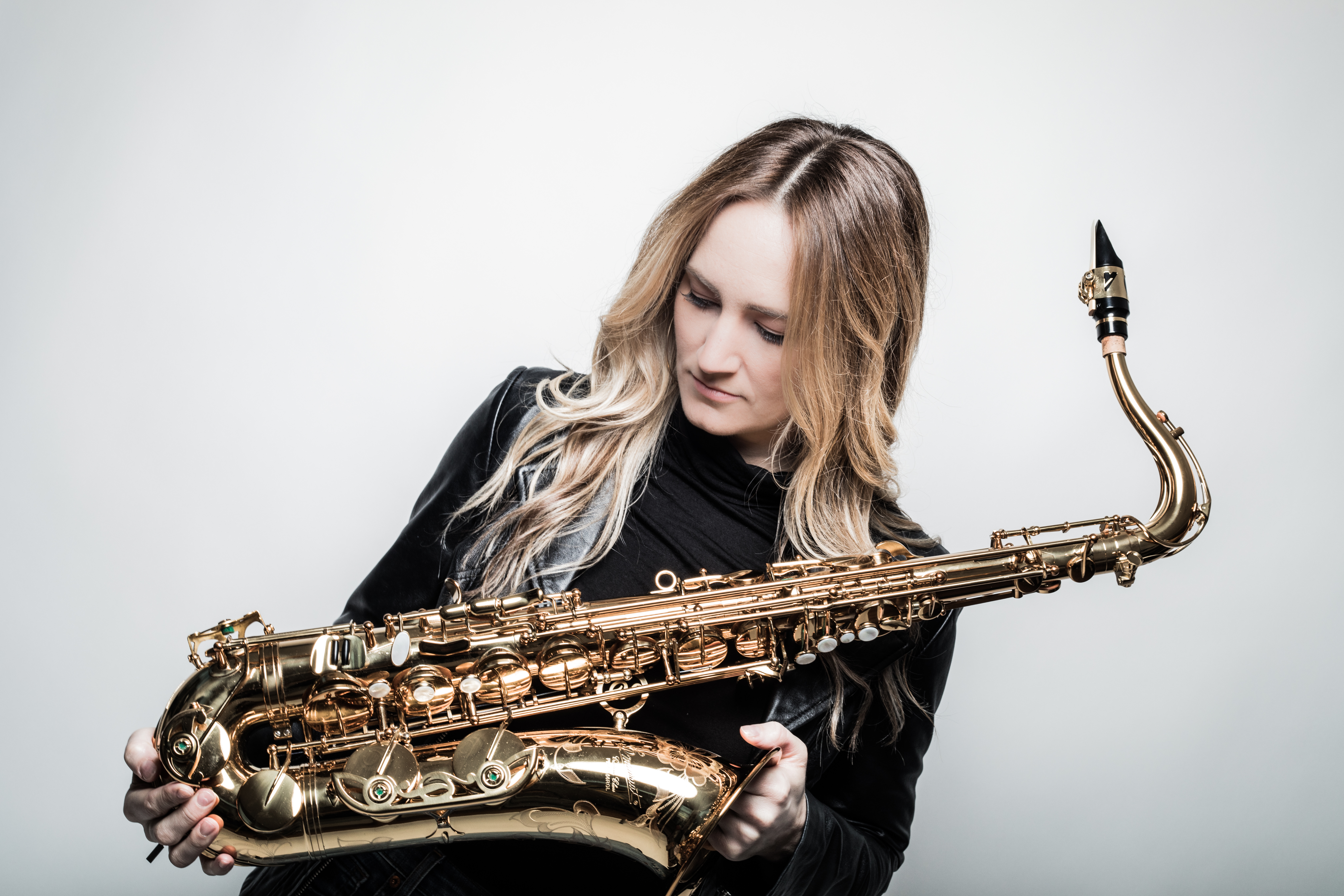 Last year’s release by saxist Roxy Coss had her addressing Women’s Social Issues. They’re still addressed here, as well as other political statements, but they don’t detract or add to the high quality of music that stands up even if all of the songs were titled after the Dodger starting lineup.

She’s teamed her tenor and soprano sax with a cohesive unit of Miki Yamanaka/p-key, Alex Wintz/g, Rock Rosat/b and Jimmy MacBride/dr for a collection of originals and a single cover. Of the latter, her soprano slithers along with Wintz on a simmering “All Or Nothing At All,” while making similar successful unison lines on tenor with the guitarist on the thickly grooved “Don’t Cross the Coss” and the dramatic “Mr. President.” Yamanaka’s keys are soulful on the richly textured “Breaking Point” and the team gets into a thoughtful cadence on the wild and wooley “Free To Be.” Yet, with all things tenor, she’s best on breathy ballads, with her tone blowing cigar smoke rings on the gorgeous “Enlightenment” while flexing her masseters on the hard bopper “Females Are Strong As Hell.” With the serious look of Ms. Coss and company on the photos, along with some of the song titles, we can hope that she and company learn that heaven is even stronger than hell.