It may seem unnecessary to emphasize that the chief reason to pay attention to Brandee Younger’s Soul Awakening is its music. After all, the accompanists include numerous well-known players working at the top of their form, and the arrangements feel fresh thanks largely to the leadership role of Younger, whose ax of choice — the concert harp — isn’t exactly a jazz staple. But the caveat is important given the album’s backstory. Astonishingly, the tracks were cut in 2012 and completed in 2013, yet are only being heard now because Younger, who has three other albums under her name, is releasing them herself. 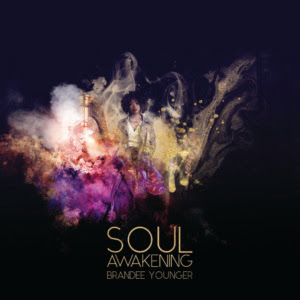 That’s not to suggest the material is inaccessible. To the contrary, the tunes are uniformly beguiling, exhibiting a robust feel for melody and a stylistic variety that proves the harp can serve as an instrumental foundation rather than being limited to stereotypically pretty accents.

On “Soulris,” the opener, Younger and tenor saxophonist Ravi Coltrane create a mysterious atmosphere marked by the escalating interplay of bassist Dezron Douglas — the song’s composer and the session’s producer — and drummer E.J. Strickland, with Younger’s riveting flow contributing to the dense aural swirl. “Linda Lee,” which follows, finds trumpeter Freddie Hendrix and tenor saxophonist Chelsea Baratz offering simpatico solos woven together by Younger’s sparkling lines. And on “Respected Destroyer,” the harpist provides a bright counterpoint to the dark theme delivered by trumpeter Sean Young and trombonist Corey Wilcox. But as the focus of “Games,” a composition by jazz harpist Dorothy Ashby, Younger demonstrates versatility via runs that supplement pianistic techniques with flourishes that take the leap beyond the keyboard.

The emotional high point of Soul Awakening comes on “Save the Children,” a deeply felt Marvin Gaye cover that vocalist Niia and the ensemble dedicate to the young daughter of saxophonist Jimmy Greene, a victim of the 2012 Sandy Hook school shooting. Throughout, Younger’s work is so strong that its long journey to the marketplace seems even more inexplicable.— Michael Roberts