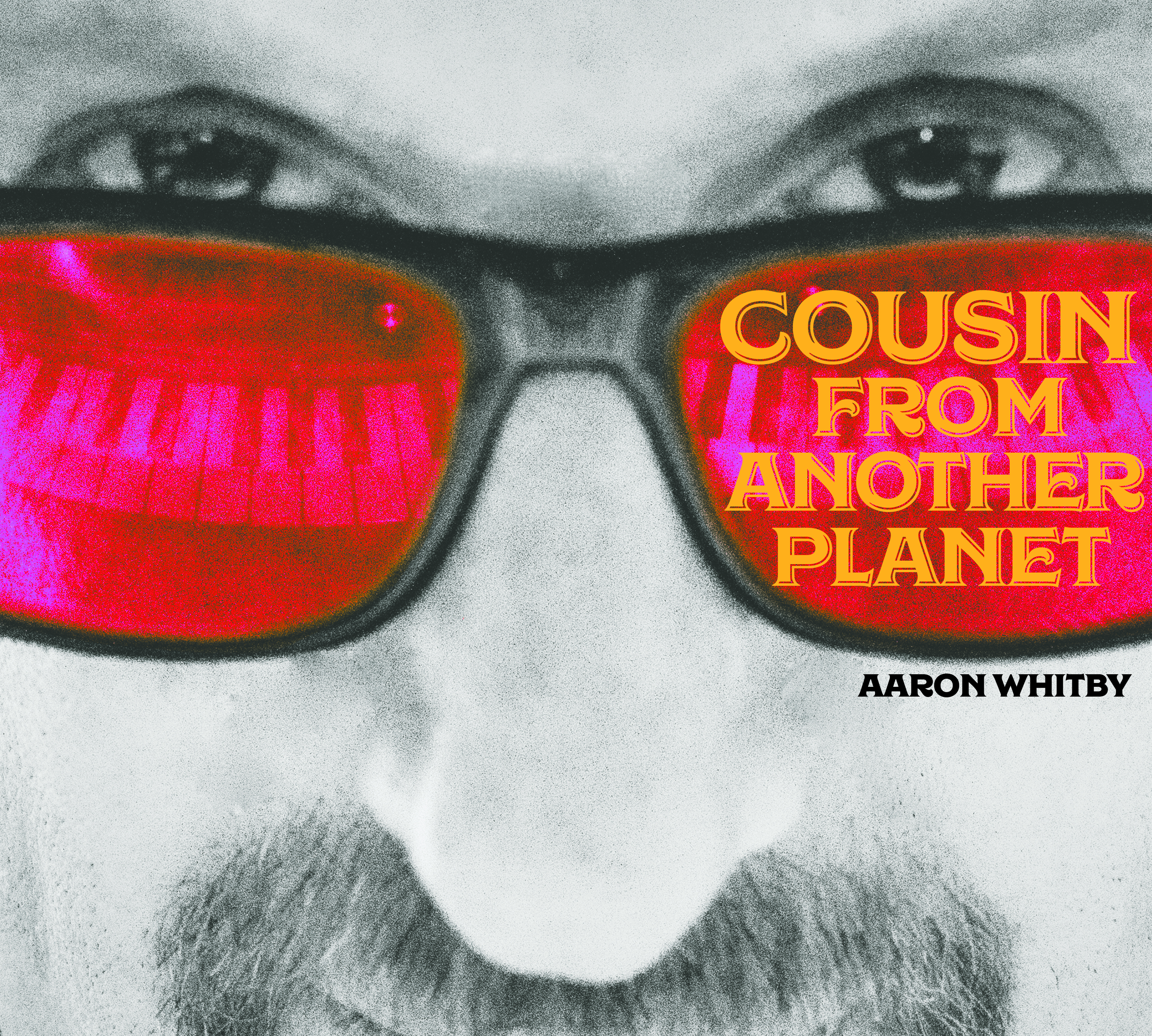 Commonly known for supporting artists such as Natalie Cole, George Clinton and Randy Brecker, London-born but Brooklyn-based Aaron Whitby has released his debut album as a bandleader, Cousin From Another Planet. This album delivers a variety of styles consolidated into an impressive compositional display, featuring genres from Whitby’s musical journey which include pop, folk, R & B and funk.

Sleeping Giant, the opening track, has an uplifting groove although the message that the lyrics preach cannot go unnoticed. The vocals provided by Kali, Neal and Redbone present a powerful message about solidarity and activism, a message that Whitby shares across the entire album. Walking With Z, named after his son Zachariah, is sandwiched within, “a rollicking admixture of Ellingtonian romanticism”, on piano (I quote his liner notes).

The title track, which is a reference to John Sayles’s film Brother From Another Planet, showcases Whitby giving a dynamic display on piano while The Invisible Man Breathes is presented with a unique blend of acoustic and electronic textures. The introduction of Mrs Quadrillion is performed as a ballad before breaking into a typical funky beat led by Burnham adding a vocal twist.

The tracks featured on this album are original compositions by Whitby excluding The Eye Of The Hurricane 2.0 written by Herbie Hancock, this is one of two tracks where Harris flourishes on acoustic bass bringing a varied contrast to the instrumentation. As my ears are drawn to Hancock, the album as a whole is reminiscent of The Headhunters. The finale, Escape Route, is a subtle reminder of Whitby’s past experience. The piece merges different styles including progressive rock with multiple rhythmic changes.

Overall, this album salutes the work of jazz-fusion innovators such as Hancock as well as providing a powerful message in relation to social and political subjects.