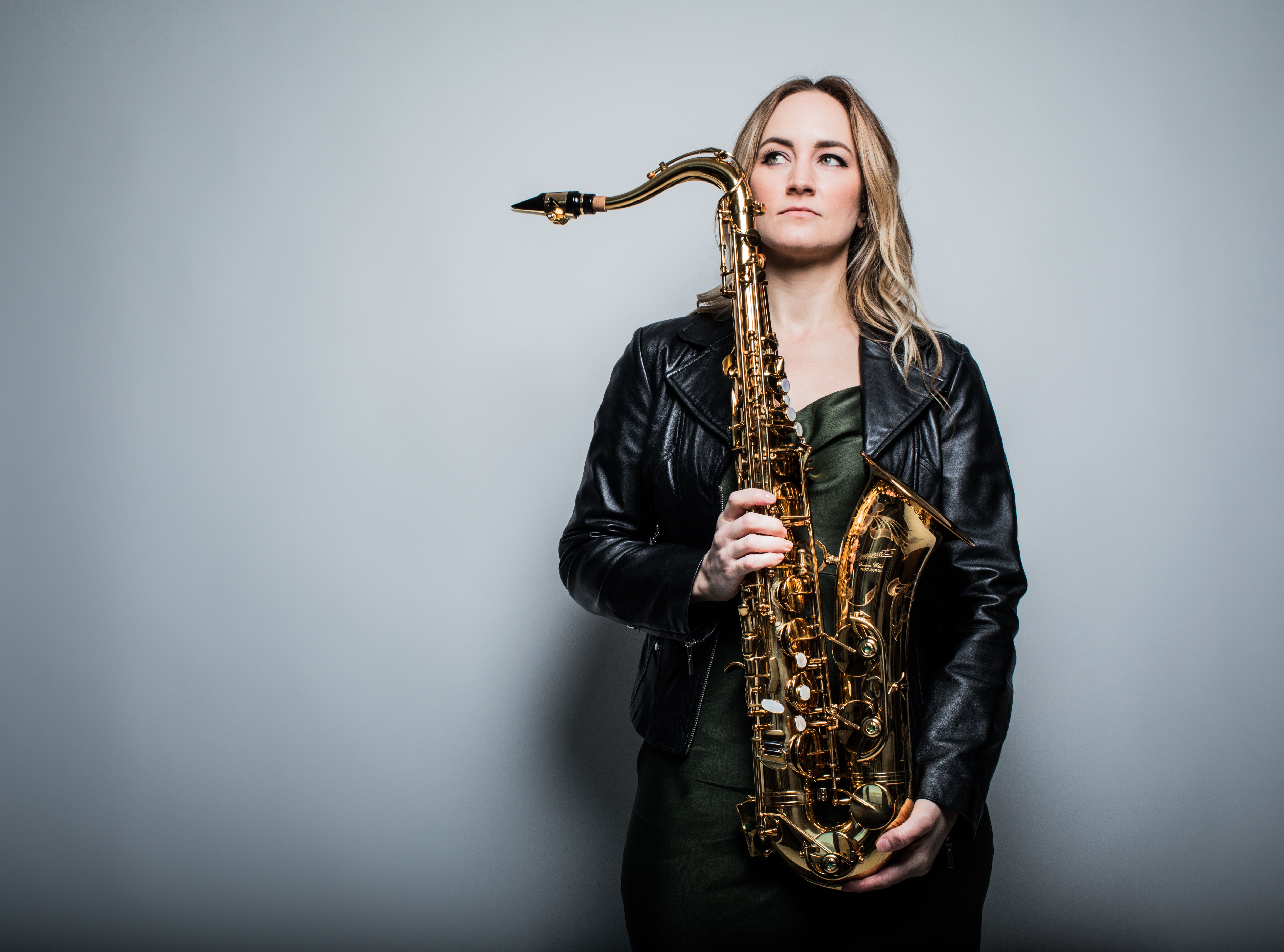 A quick perusal of song titles on Roxy Coss’ latest release might give the impression that she has created a concept album, beginning with “Don’t Cross the Coss,” “Mr. President,” “Free to Be,” and closing with “Females Are Strong as Hell.” While the last title is clearly intended to put a message out there, the tenor saxophonist has a different overarching theme in mind for the whole release. All but one of the tracks appeared on one of her previous four albums. For Quintet, she has re-recorded them, and she’s simultaneously releasing a video for each performance. While the original versions were released less than 10 years ago, this set offers a chance to catch up on her work.

Coss, who alternates on tenor and soprano throughout the album, plays with a clean, straight-ahead tone, creating lines rich in thought. In “Don’t Cross the Coss” the rapid theme and the solo that follows it both evoke a hybrid of Warne Marsh’s flowing melodies and Hank Mobley’s skill with fully developed ideas in a chorus. In “All or Nothing at All,” the one new selection on the album, Miki Yamanaka (switching from acoustic to electric piano), Rick Rosato (bass), and Jimmy Macbride (drums) push things into more angular territory, inspiring Coss (on soprano) and guitarist Alex Wintz to push beyond standard trappings. The multiple sections and tempo shifts of the minor “Mr. President” give it urgency, beginning with some strong tenor/guitar voice blending.

While Coss possesses the technique for ballads, “Enlightenment” could have moved beyond long, languid tones to have a greater impact. But her full range comes out on the rapid “Females Are Strong as Hell,” where her wails get free toward the end. Moments like this, added as punctuation to her solos, leave the strongest impression and point to the variety in her style.