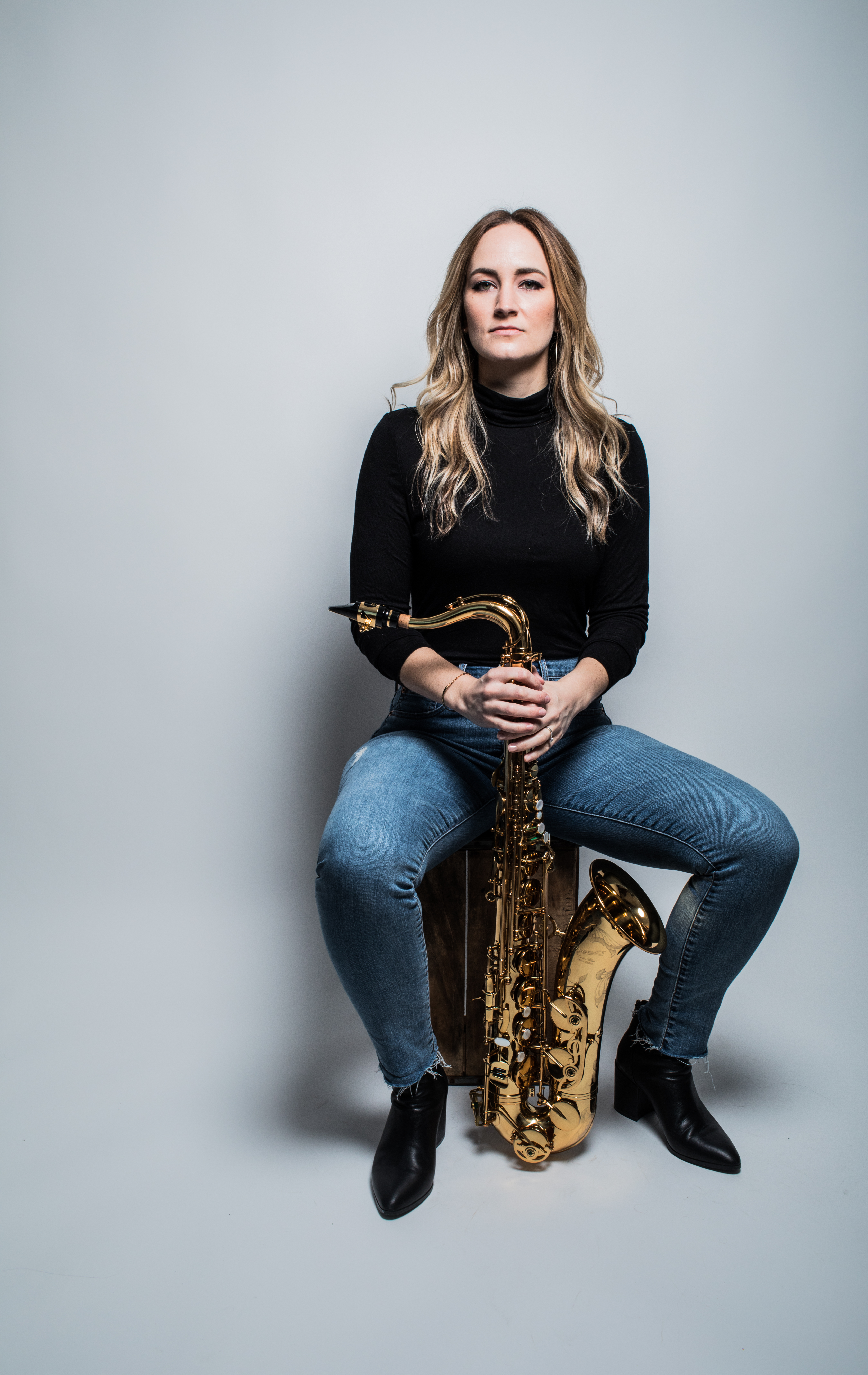 I first heard Roxy Coss as part of Jeremy Pelt’s band and then had my suspicions confirmed that she is a force to be reckoned with on her 2016 album Restless Idealism. Her 2018 release The Future is Female only reinforced that opinion and proved that she is not only an exemplary performer and composer but a great bandleader.
Quintet is her fifth album as a leader and gives her ample space and cause to prove why that format is her favorite type of small jazz ensemble. Quintet also is Roxy’s first release on Nick Finzer’s Outside In Music. More good news is that she brings back the dynamic grouping of pianist Miki Yamanaka, guitarist Alex Wintz, bassist Rick Rosato and drummer Jimmy Macbride. In fact, the first thing I did was check out the personnel listing and was thrilled to see this line-up return. These people are serious and they deliver.
In fact, Nick described the “great synergy” of this band and proclaimed that “Roxy hit it out of the park with this one.” All true and he would know.
The album opens with Don’t Cross the Coss which first appeared on Restless Idealism. As she explained in her liner notes then, she frequently has her name misspelled or mispronounced to Cross. Not only that, she continues, “I have strived to not be run over by the world.” After five albums, she need no longer worry about that. In fact, it is good counsel to stay out of her way.
This is straight Jazz and everybody gets to contribute. Roxy’s smoking tenor sax solos are supported but never supplanted by the Fender Rhodes work of Miki Yamanaka and that exquisite guitar of Alex Wintz—one of my favorites.
Arthur Altman and Jack Lawrence’s All or Nothing At All is a great piece done by dozens of Jazz great. Roxy, however, turns it into a bit of a samba and Roxy on the soprano sax is worth the price of admission. It is the one and only non-original song on the album. Wintz shines again and Macbride turns loose those cool rhythms as Rosato bounces the bass beside Yamanaka’s hopping Rhodes. Watch the YouTube video and you can see proof of what you expect to see—these guys are digging the ride.
Mr. President first appeared on The Future is Female. Listen to it and you immediately know that she isn’t referencing anybody we like. The piece is furious, erratic, unpredictable. Sound like any president you know? It is sardonic, not sarcastic. Biting, often bitter. This is dark and deservedly so.
Free to Be is from her 2017 album Chasing the Unicorn. It is much brighter and much lighter. It is a song she composed to drive herself to freely be herself. This just may be the quintessential Roxy Coss composition. Her soprano sax ascends and the band adds deliriously rapturous passages.
You’re There–also from Chasing the Unicorn–takes a nice Brazilian turn. The song is the delightfully joyous account of Roxy’s marriage to another favorite, saxophonist Lucas Pino. Rick Rosato gets a great bass solo and I can’t get enough of the play between him, Yamanaka, and Macbride. Then a sterling solo from Wintz adds to the fun. I love this guy’s playing. Then Roxy returns with the tenor and you remember why you’re there.
Enlightenment is a sweet bluesy piece. It is deliberate but delicate. It is emotional and it is wonderful. It is from her 2010 self-titled debut album and the difference between then and now is all the difference. Her tone is so much richer now and she has these great artists with her now to make it say what I imagine she always wanted to say.
Breaking Point was also on Restless Idealism. Those shared passages with Wintz are hot. Yamanaka turns a brilliant solo on the Rhodes and Macbride’s drumming is a fantastic layer beneath. Again, that soprano sax is fluttering and delicious. Listen to this one several times and pay attention to each artist’s contribution. I love this song.
The album concludes with Females Are Strong As Hell, probably the lynch-pin piece to The Future is Female. The piece is precise and powerful. The trades between Yamanaka and Wintz are excellent. One of the features I like, is that the guys—especially Wintz and Macbride—are in furious agreement in support of the piece. Roxy and Yamanaka are brilliant and the guys add their voices to the cause.
Quintet is Roxy Coss’ finest album to date. Her second take on her original compositions shows her development as a Jazz artist of the top tier. This is a wonderful album of self-actualization and vision. Her playing is superb and her compositions are first-rate. She was prophetic with The Future is Female and she proves that to be true with Quintet.