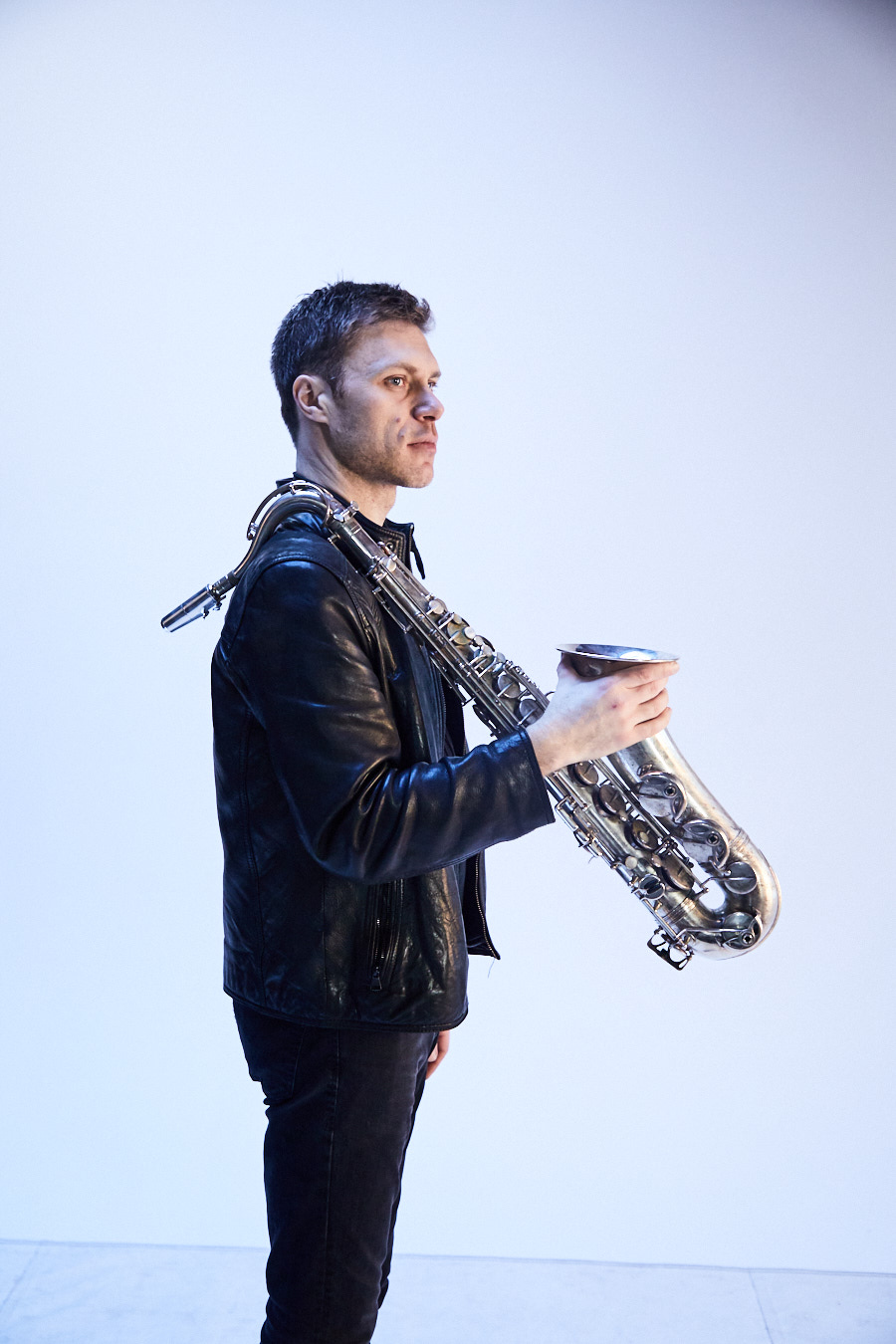 31 year old saxophonist Chase Baird returns with his second recording as a leader after nearly a decade gap following 2010’s Crosscurrent. Quite often, when musicians release albums sparingly over lengthy time periods it’s usually a period of personal research and development, and with this album Baird comes back with a bang.  He recruited a jazz super group for eight fascinating originals comprised of one of the most influential pianists of his generation, Brad Mehldau, guitarist Nir Felder, bassist Dan Chmielinski, and Baird’s current band mate in Migration, Antonio Sanchez on drums. What this quintet shares is an selfless devotion to having their fingers on the pulse of a particularly fertile movement in New York jazz, of which musicians like Chris Potter, Mark Giuliana, Kendrick Scott, David Weiss  Donny McCaslin, Camila Meza and Adam Rodgers among others have been a vital part.

Baird was born in Seattle, and exposed to music by his father where rock was an early influence.  He picked up tenor saxophone at the age of ten, and  at age fourteen was mentored by the late great Michael Brecker, arguably one of the most important post Coltrane tenors.  He has also played or recorded with vibraphonist Mark Sherman, Chaka Khan and the Mingus Big Band.

Baird  has an appealing sound, quite warm, and dark in the lower and middle registers, and bright up top combined with fluid, flexible ideas.  He brings forth a strong melodic stamp informed by a lot of modern pop music with a rockish freedom that all the quintet members tear into at will; after all, the inter generational group of musicians all grew up on pop, rock, and electronic music in addition to jazz.  The rockish bent that mood wise at times recalls Nirvana and Radiohead is apparent right at “Ripcord”.  Felder wields crunchy power chords, Sanchez leans hard into a thudding dead snare at the intro into a singable melody.  The rapport the drummer and saxophonist share is evident immediately, and Brad Mehldau is right at home with a careful reflection.  “As You Are” finds Baird lyrical in a lilting waltz, but “Reactor” once again brings the rock heat. Chmielinski’s effect laden bass and Sanchez’s drums are in lockstep with each other as the drummer subdivides beats in his signature way at the start of the track, and the rhythm section locks into the crevices of the groove during  his solo on a vamp.   The saxophonist is at his absolute best on the title track sharing the solo spotlight in chunks with Felder, “Dream Knows No End” supported by the guitarist’s atmospheric reverb drenched backing, and “Wait and See”.  The track is explosive as the saxophonist and drummer duel a la Elvin Jones and Trane, Trane and Rashied Ali or Michael Brecker and Jack DeJohnette.  The tune is an outright swinger, guitar and bass dig in as well. The well rounded program closes with the ballad “Imwunderschonen Monat Mai”, which Mehldau renders introspectively during his solo, almost as if one of his own compositions. Felder’s hymn like support is a plus as well.

A Life Between is a terrific sounding and well mastered recording.  Most new jazz recordings these days are immune from the loudness wars that plagued much of the late 90’s and early 00’s.  The sound stage contains natural sounding piano, bass, and drums with subtle slick production touches when called for such as reverb on snare, and delay on tenor saxophone, dipping into modern pop and rock post production.  Baird’s saxophone is rich, has weight, Sanchez’s drums have percussive snap and the sound of wood sticks on drum heads and metal rims.  The mastering is vivid and dynamic. The sound is overall consistent with well recorded jazz albums over the past 3 decades.

Chase Baird is a very strong writer, and the crack quintet sounds as if it is a road band, honed over a lengthy period of playing together. Fortunately, when a group comes together that shares the same vision, that kind of gel happens. Baird is also a provocative improviser, and his contribution to Sanchez’ Migration, as well as the present album make one hope it won’t be too long before another record of his own happens.