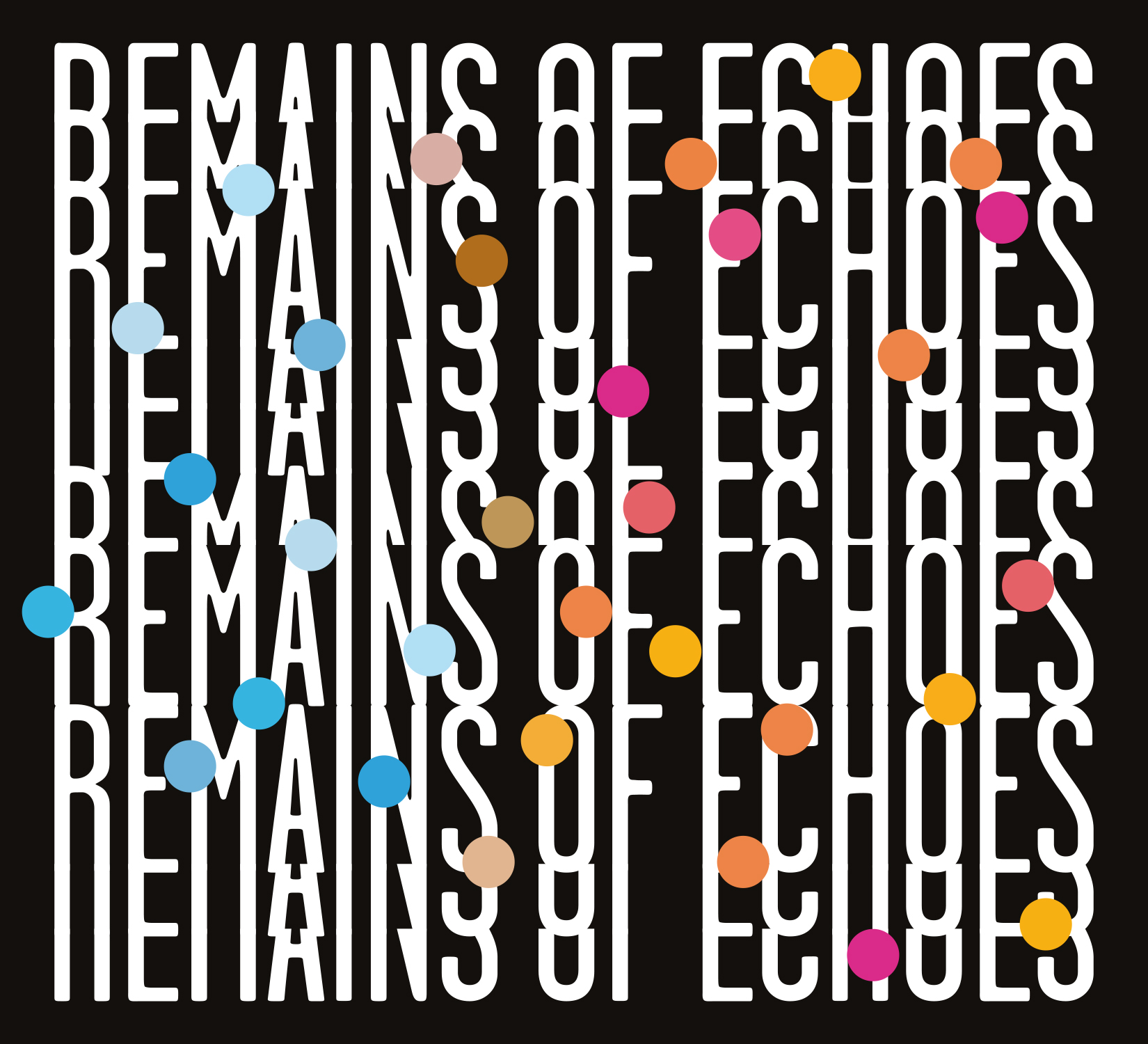 Eric Hofbauer and Dylan Jack Announce the Release of Remains of Echoes, Out October 18th, 2019 on Creative Nation Music

Eric Hofbauer and Dylan Jack are proud to present the release of their upcoming duo album Remains of Echoes to be released October 18th on Hofbauer’s Creative Nation Music label.  This assemblage of renditions of songs written by iconic composers offers a daring exploration into the collective sonancy of guitar and drum.  A concept album of sorts, Remains of Echoes delves into the material that had a formative influence on both percussionist Dylan Jack and guitarist Eric Hofbauer.  The goal of the Boston-area improvisers upon recording this album was to highlight the influences that were pivotal for the growth of both musicians, drawing a line from Ellington to Charlie Parker, Monk to Mingus, Miles to Ornette and Don Cherry. And not only those, but also Hendrix to the Police to Jackson Browne.

“We wanted an album entirely of covers, but very specific ones,” says Hofbauer, “they’re songs from our mentors or heroes, or songs by bands and composers that influenced us at pivotal moments. They’re stories with a deep narrative connection to our own development as lovers of music. It’s a celebration, a connection with the past… It’s about being part of a continuum in history” he adds.  The title of this release, Remains of Echoes, was taken from Jimi Hendrix’s “Up From the Skies” in which the rock legend poses the question, “Is it just remains of vibrations and echoes long ago?”  On Remains of Echoes, Hofbauer and Jack offer themselves and their performances as remains of the echoes of their idols, and the fervent vibrations of their guitar strings and drum heads bring out the echoes of the past through re-exploration of the music of yesteryear.

The album, recorded at Rotary Records in Springfield MA, begins with the duo’s take on The Police’s “Walking on the Moon”.  The full sound of this track speaks to the chord-melody prowess of Hofbauer and the rhythmic ingenuity of Jack.  According to Jack: “My approach on this record was to be a solo percussionist/drummer in order to get as much music as I could out of the instrument. Whether I was playing melodies, soloing or supporting Eric, I tried to surround his playing with different registers, timbres, density and space.”

The duo’s exploration of “African Flower” by Duke Ellington celebrates the iconic 1962 trio recording “Money Jungle”, the recording which brought the song to fame, with a rendition that echoes from 1962 to 2019.  The counterpoint of Hofbauer’s bassline and melody in conjunction with Jack’s timbreal musings on the drum kit make for a fresh take on the timeless Ellington classic. Hofbauer notes that the unique instrumentation of the album demands a closer examination and utilization of the low end of his instrument.  “With Dylan adding pieces to his kit,” Hofbauer states “tuned bass drums and floor toms, also covering bass line-type ostinatos— we worked together to highlight the essence of bass frequency minus the bass.”

Hofbauer performs a solo cover of Jackson Browne’s “These Days” where he offers a raw, playful take on the bluesy track. This track is dedicated to his father-in-law who passed away in 2017.  “Using slide guitar is a way for me to express that strong emotional pull that always draws me back to the blues,” Hofbauer declares. “That expressiveness and that timbre. My father-in-law was a big fan of California bands, especially the Beach Boys and all the artists that were their heirs, including Jackson Browne, so the piece covers a lot of very personal emotional ground. I wanted to celebrate my father-in-law and express my sadness for his loss. It celebrates music that he loved but in a deeply personal way that can help me grieve and honor him.”  The finale of the album is Miles Davis’ classic “Nardis” which was made popular by pianist Bill Evans.  This reimagination of the standard sees the Boston duo experimenting with time and timbre in a way that is fitting to the quiet intensity of the piece.

More About the Musicians:

“Eric Hofbauer has become a significant force in Boston’s improvised-music scene,” declares Stereophile’s David R. Adler. “His aesthetic evokes old blues, Americana, Tin Pan Alley, bebop, and further frontiers. There’s a rule-breaking spirit but also an impeccable rigor, a foundation of sheer chops and knowledge, that put Hofbauer in the top tier of guitarists,” he writes.  Hofbauer has been an integral member of Boston’s jazz scene as a musician, bandleader, organizer and educator for the past twenty years. He has performed and recorded alongside such notable collaborators as Han Bennink, Roy Campbell, Jr., John Tchicai, Garrison Fewell, Cecil McBee, George Garzone, Sean Jones, John Fedchock, Steve Swell and Matt Wilson.

Hofbauer, recognized in the 2019 and 2017 DownBeat Critics’ Poll for Rising Star – Guitar, is perhaps best known for his solo guitar work featured in a trilogy of solo guitar recordings (American Vanity, American Fear and American Grace). Of the trilogy, Andrew Gilbert of The Boston Globe writes, “No other guitarist in jazz has developed a solo approach as rigorous, evocative, and thoughtful as Hofbauer. His most recent solo release Ghost Frets, was described by Chris Haines of The Free Jazz Collective “as a real testament to Hofbauer’s musical style and vision…The playing is virtuosic throughout providing a real master class in creative solo performance.”​

Dylan Jack is a percussionist and composer participating in multiple genres within the Boston music scene. As a performer, Jack divides his attention between band appearances, chamber music projects, and collaborations with multiple musicians in eclectic projects focusing on original and creative music.

Jack leads the Dylan Jack Quartet, an ensemble focusing on original music. Combining intricately composed segments that utilize odd meters and phrasing with free improvisations, the music is described as “… bristling with rhythmic intelligence and rich in dynamic contrast and ebb and flow. (David Adler)” In September of 2017, they released their first album, Diagrams, which received favorable reviews from the jazz press. The quartet is set to release their second record The Tale of the Twelve-Foot Man in January of 2020 on the Creative Nation Music label.