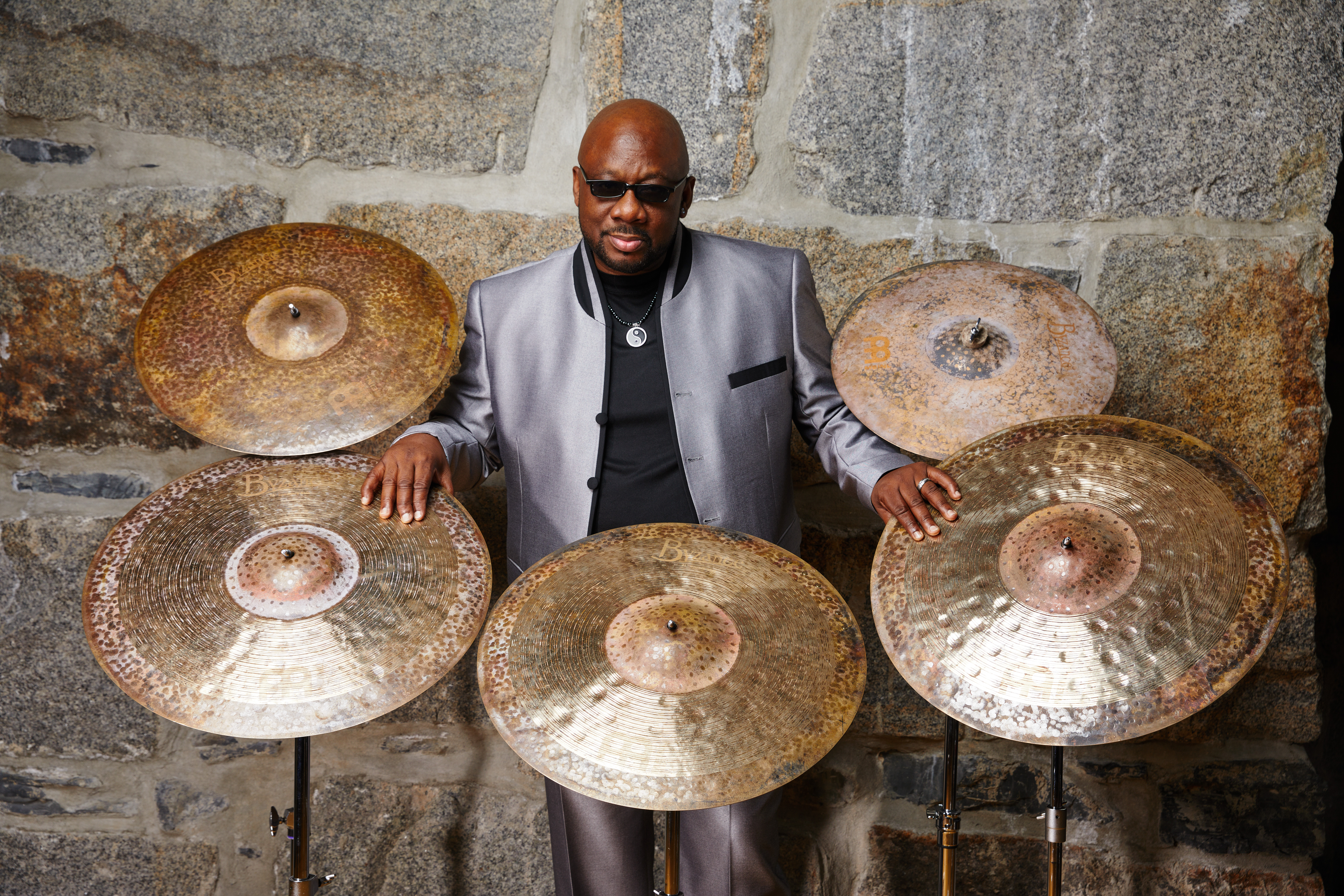 Long before musicians started thinking of themselves as embodying a brand, Art Blakey established an imprimatur that conveyed instant gravitas. As the leader of the Jazz Messengers, the drummer spent nearly four decades running his band as a proving ground for the music’s most formidable young improvisers and composers.

He came by his calling early. Blakey was only 34 in 1954, when he was captured on the classic Blue Note album “Live at Birdland,” declaring “When  these guys get too old, I’ll get some young ones,” a mission statement that defined the Jazz Messengers until Blakey’s death in 1990.

Ralph Peterson worked closely with Blakey as the last drummer to collaborate with him in the Jazz Messengers Two Drummer Big Band. Touring widely in celebration of Blakey’s centennial, Peterson brings The Messenger Legacy to Walnut Creek on Saturday for the two concluding concerts in the Jazz at Lesher series. Stocked with brilliant players who spent their formative years playing with Blakey, the sextet includes East Bay-reared Craig Handy on alto sax, tenor saxophonist Bill Pierce, trumpeter Brian Lynch and bassist Essiet Essiet.

In many ways, the Messenger Legacy is a departure for Peterson, who has made a point of presenting rising young players in projects like his Gennext Big Band, which released the blazing 2017 album “I Remember Bu” (a title that refers to Blakey’s adopted Islamic name Buhaina). Peterson credits Blakey’s influence for his longstanding commitment to working with young players.

“It’s because I watched him and used him as a template,” says Peterson, 57. “I saw the obvious benefits of having that energy around you. You are who you hang out with. If you hang out with a bunch of grouchy old men who never have anything good to say about anyone, that’s what you end up being. I hope that working with these young cats will continue to inform my playing.”

Over the past five years, he’s featured more than a dozen Blakey alumni in The Messenger Legacy, though for recent West Coast dates, Peterson has showcased pianist Zaccai Curtis, the only player in the band without a Buhaina degree. At 37, he isn’t leading a youth wave, but Curtis is exactly the caliber of player who would have thrived in the Messengers.

After he and his younger brother, bassist Luques Curtis, worked for several years with Peterson as sidemen, they took on bandleading responsibilities with a series of Curtis Brothers releases powered by Peterson. Their most recent album is 2018’s Chamber Music America-commissioned “Algorithm,” a stellar session featuring Zaccai’s original compositions and the Jazz Messenger horns of Brian Lynch and Donald Harrison Jr.

“Zaccai worked as a sideman in my band, and he’s also played in bands led by Donald Harrison and Brian Lynch,” Peterson says. “It seemed to me a no-brainer. He had apprenticed with three Messengers! It’s great to have his energy. He’s part of whole new generation expanding on Blakey’s legacy.”

It’s hard to overstate Blakey’s importance in the evolution of modern jazz. Growing up in Pittsburgh in the depths of the Great Depression, he gravitated to music as an escape route from dangerous work in the steel mills. Mentored by piano great Mary Lou Williams, he was the drummer in vocalist Billy Eckstine’s seminal bebop big band, which between 1944-47 featured pioneering modernists Charlie Parker, Dexter Gordon, Dizzy Gillespie, Fats Navarro, Miles Davis and Sarah Vaughan.

He accompanied Thelonious Monk on his seminal Blue Note sessions from 1947-51, and after a few false starts, launched the Jazz Messengers in the mid-1950s. Over the next 35 years, but particularly through the mid-1960s, the band defined the forceful hard-bop idiom while introducing dozens of jazz standards and emerging masters who went on to lead their own bands.

When saxophonist Bill Pierce joined the Jazz Messengers in 1980, the band was entering a period of rapid turnover after several years of stability. He bridged two lineups that brought renewed attention to the Jazz Messengers, playing alongside altoist Bobby Watson and trumpeter Wynton Marsalis before ending his run during the star-making reign of trumpeter Terence Blanchard and altoist Donald Harrison Jr.