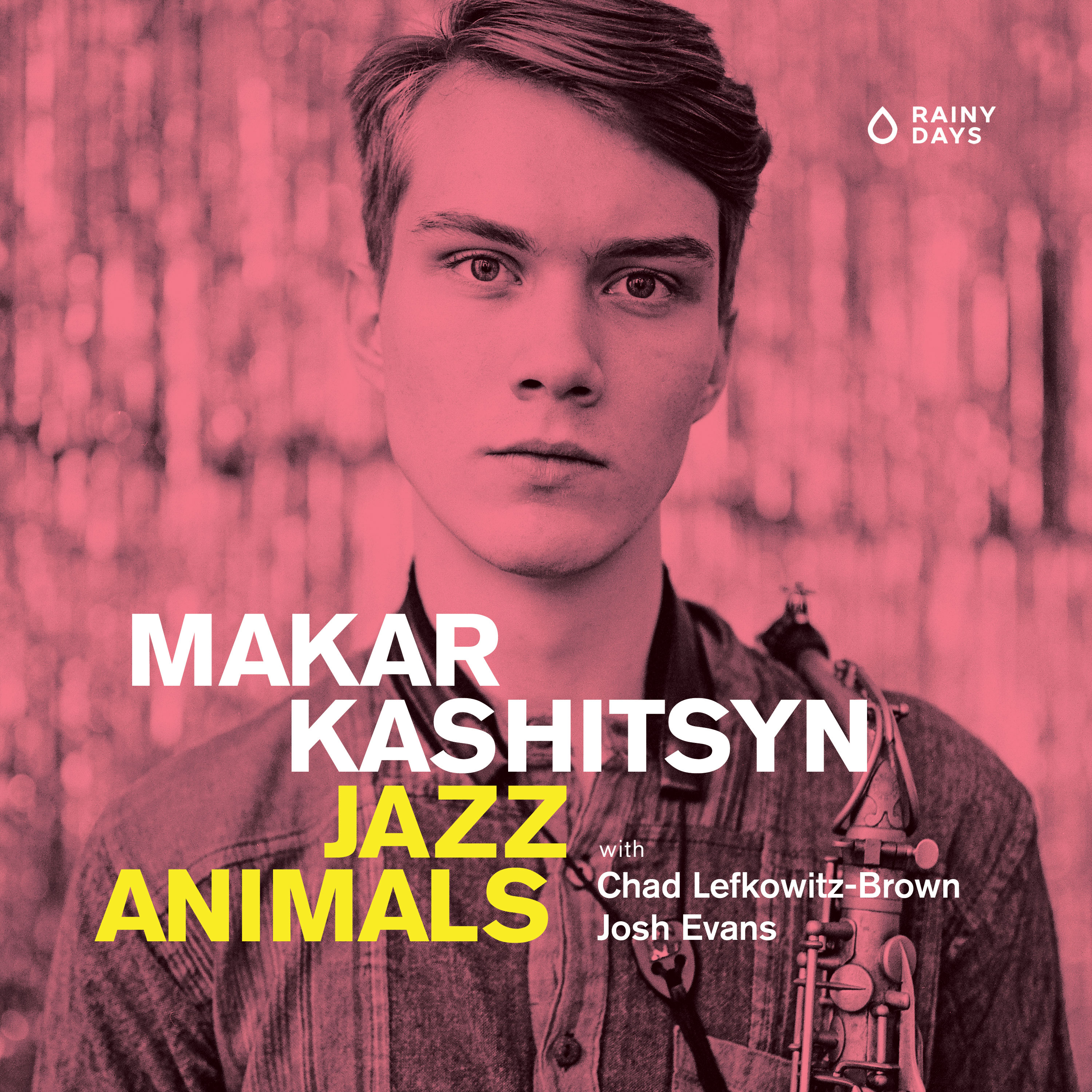 As Ted Panken explains in his liner notes, Podymkin was accompanying veteran alto saxophone virtuoso Vincent Herring at the prominent Moscow club Esse in early 2017 when Herring — who had given Kashitsyn several Skype lessons — invited the youngster to play on two selections. After the gig, Herring encouraged Kashitsyn to enroll Manhattan School of Music, where Herring teaches. The young saxophonist took his advice and enrolled there as a freshman during the 2017-18 academic year.

A year later, one academic term at MSM under his belt, Kashitsyn entered — and earned first prize in —  the first International Festival Competition of Saxophonists in Ekaterinburg, Russia. Around this time, he played some of his songs in a band led by a French alto saxophonist then gigging in Russia with Mashin on drums. Mashin wrote Kashitsyn a complimentary note, and they stayed in touch. Meanwhile, Kashitsyn was planning a tour with Lefkowitz-Brown, who had taught him privately in New York. Encouraged by Mashin, Kashitsyn decided to record Jazz Animals.
Highlights on Jazz Animals include Kashitsyn’s “Going To Ekaterinburg”, which was composed on the way to the aforementioned saxophone competition. The tune opens with a staunch bass vamp around which swirl intertwining lines and Mashin’s complex beats, then transitions into a longish form that morphs from Latinish into swing, in the manner of mid-60s Joe Henderson. Leftkowitz-Brown uncorks an intense solo; after Podymkin solos with percussive clusters, Kashitsyn explores the melody in the alto’s lower ranges with a full-bodied tone.

Kashitsyn’s waltz-like “Confession” was the first tune he wrote for his combo at MSM. Peaceful and clear, it features a long, thematically cogent solo by Evans and an alto solo on which Kashitsyn swoops and flies. He finally takes the first solo on another highlight, Mochalin’s “Song For Chad,” a one-chord refrain on which Kashitsyn and Lefkowitz-Brown build tremendous momentum, traversing the keys with informed, intuitive comping from Podymkin.

On “Our Song,” after a bluesy piano opening, Kashitsyn gets a richly textured, vocalized EWI-ish effect on an electronically augmented solo and on Lefkowitz-Brown’s chill “Time To Forget,” he offers a lyric invention, accompanied by Mashin’s nuanced cymbal sound-painting. Both tunes incorporate Oosterwijk’s voice-as-instrument as an added layer.

The phrase ‘Jazz Animals’ is a term of endearment. Coined by Mashin, one who is a ‘jazz animal’ is someone who is highly respected and very well liked. In calling his debut Jazz Animals, Kashitsyn strives to thank his fellow musicians and mentors that brought him to this point. “I am grateful for this experience,” says Kashitsyn, “and I just want to introduce these great musicians to the world.”