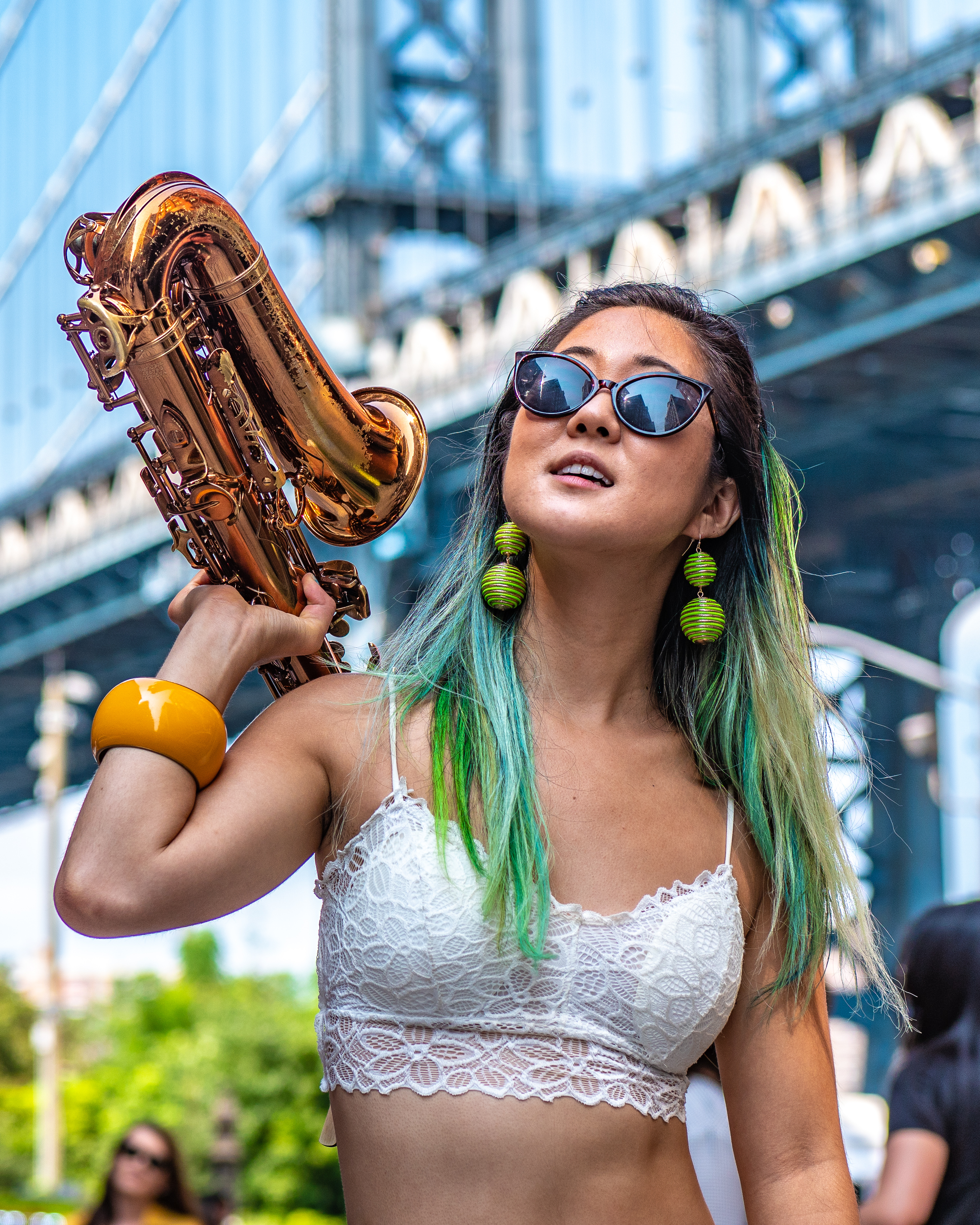 NEW YORK (August 1, 2019)— “Feels Like Home,” a soulful country ballad written by Yamaha Artist and saxophonist Grace Kelly has been named “Song of the Year” in the annual John Lennon Songwriting Contest.

The country vocal and instrumental track, featuring Kelly and Thirdstory’s Elliott Skinner, topped thousands of submissions made to the competition from around the world. The recent “Song of the Year” distinction reaffirms an earlier Grand Prize nod in the country category in December 2018 and a Lennon Award win in May 2019, which was determined by a popular online vote.

“It’s an incredible honor to have ‘Feels Like Home’ recognized as ‘Song of the Year’ by the John Lennon Songwriting Contest,” reflects the 27-year-old Kelly. “I am so grateful to my fans, as well as to the amazing judges who took the time to listen and consider my song for this wonderful award.”

As this year’s “Song of the Year” winner, Kelly wins $20,000 in cash, in addition to prizes from Yamaha, OWC (Other World Computing), Audio-Technica, Neutrik, Genelec, Disc Makers, Focusrite and more. She has also received other prizes for her Lennon Award and Grand Prize recognition.

Having graduated from The Berklee College of Music in 2012 with a degree in professional music, Kelly has gone on to become a seven-time winner of DownBeat magazine’s Critics Poll as a rising star in the alto saxophone category. She also has performed and/or recorded with Questlove, Lin Manuel Miranda, Esperanza Spalding, Harry Connick Jr, Wynton Marsalis, Dave Brubeck, Steve Martin, Tina Fey, Martin Short, Maya Rudolph, Emma Stone, Huey Lewis and Gloria Estefan, and Stay Human, Jon Batiste’s house band for The Late Show with Stephen Colbert. Maintaining a busy tour schedule with her group, Kelly has drawn critical praise and new fans every year with headlining shows at many major jazz festivals, from Montreux, to Newport, to Montreal. She joined the Yamaha Artist roster in 2015.

“We are very proud to have Grace as part of the Yamaha family, and offer our heartfelt congratulations to her on winning ‘Song of the Year,’” said Tom Sumner, president, Yamaha Corporation of America. “Her achievement holds even greater meaning to us, as Yamaha is also a major proponent of music education and a founding sponsor of the John Lennon Educational Tour Bus. This preeminent songwriting competition has become so widely respected around the world, making Grace’s win that much more significant.”

A total of more than $300,000 in cash awards and prizes will be distributed this year by the year-round John Lennon Songwriting Contest, which was founded in 1997 in collaboration with Yoko Ono Lennon, and is open to both amateur and professional songwriters who submit entries in any one of 12 categories. The JLSC is open year-round and features two sessions with 72 Finalists, 24 Grand Prize Winners, 12 Lennon Award Winners and one “Song of the Year.” Entry fees from the contest help support the non-profit John Lennon Educational Tour Bus.

“Songwriters are at the heart of the music business, and the idea behind the Lennon Contest has always been to offer them recognition and encouragement since they are all too frequently forgotten. Grace’s win is also exciting because she’s an amazing vocalist, musician and performer, but the contest judging is based solely on the writing,” said Brian Rothschild, co-founder and executive director of the John Lennon Songwriting Contest.

For more information about the John Lennon Songwriting Contest and to enter for a chance to become the next $20,000 “Song of the Year” winner, visit www.JLSC.com

About The John Lennon Songwriting Contest

The John Lennon Songwriting Contest is an international songwriting contest that began in 1997. The Contest is open to amateur and professional songwriters who submit entries in any one of 12 categories. The JLSC is open year-round and features two Sessions—with 72 Finalists, 24 Grand Prize Winners, 12 Lennon Award Winners and 1 Song of the Year winner. Entry fees from the contest help support the non-profit 501(c)(3) John Lennon Educational Tour Bus.