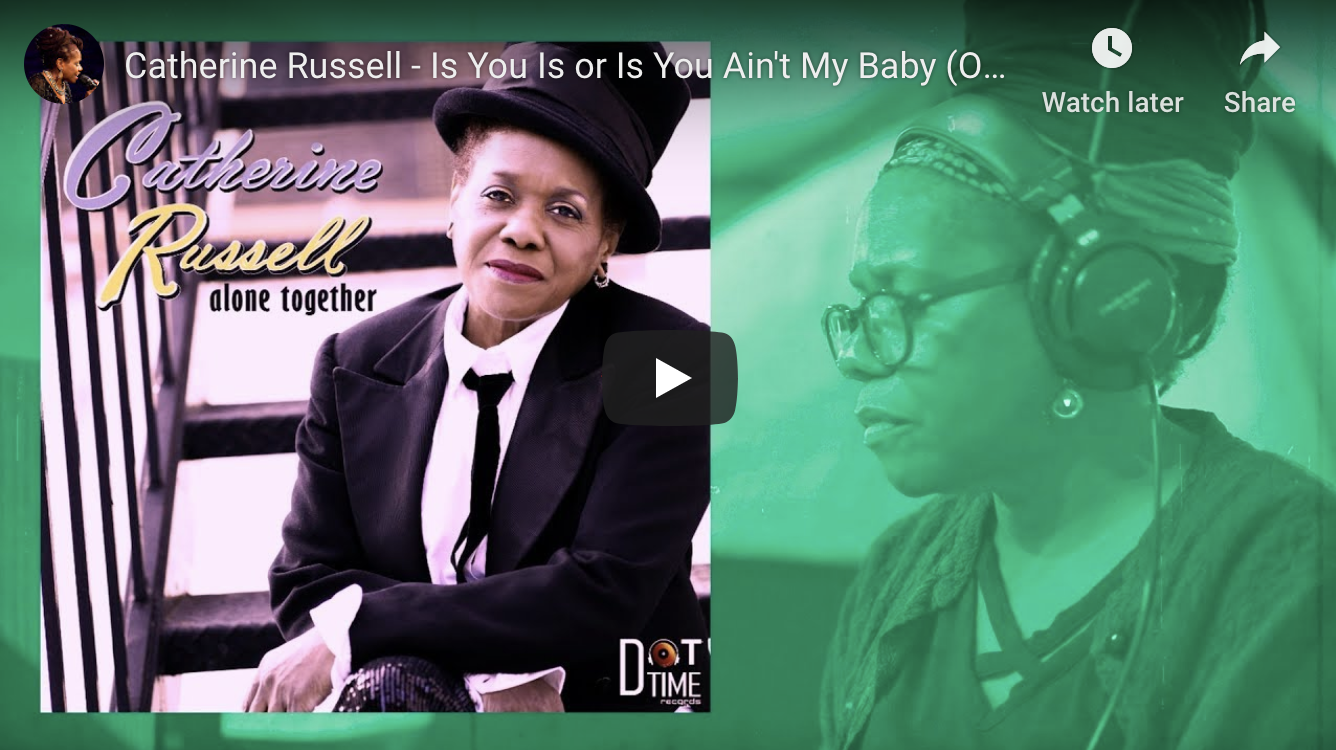 Catherine Russell, “Is You Is or Is You Ain’t My Baby”

JAZZIZ presents the premiere of the video for Catherine Russell’s own interpretation of Louis Jordan’s classic song “Is You Is or Is You Ain’t My Baby,” included on her latest album, Alone Together, which finds the acclaimed vocalist searching for the truth concealed in the works of some of the best composers and lyricists of the Great American Songbook and the acclaimed songwriters of the Swing and R&B eras. Alone Together was originally released on CD/digital on March 1 via Dot Time Records, and is set to be released on vinyl on July 26. Russell will also be performing at New York’s Dizzy’s Club Coca-Cola July 25-28 alongside guitarist Matt Munisteri, pianist Mark Shane, bassist Tal Ronen, and drummer Mark McLean.