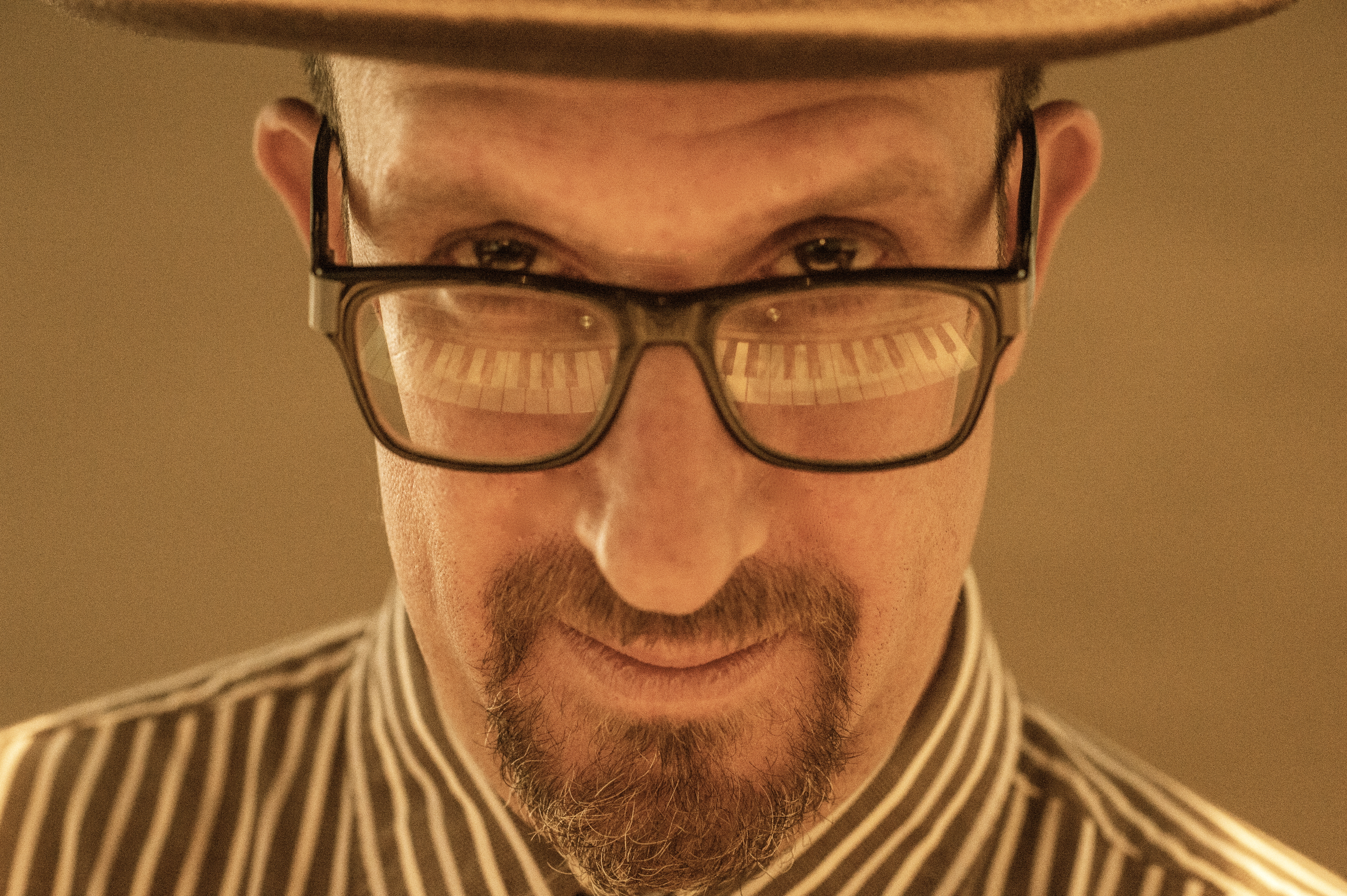 Aaron Whitby has been a session player for years, backing folks like Randy Brecker, Natalie Cole, George Clinton, and his wife Martha Redbone. In this time, his own voice as a pianist definitely picked up a lot, which may show why he has such a steady hand as a leader in his debut album, Cousin From Another Planet, out now on Ropeadope.

For an album with only one cover, so much of Cousin From Another Planet feels so very familiar. For an album that in so much of its press materials tries to describe itself as light, jam-based, or to pull from writer Greg Tate, “percolating, stimulating and motor-booty activatin’”, it’s astounding how simultaneously serious this music is. This isn’t to say this music isn’t fun, it is immensely so, but it’s played at such a level and with such gravity that it demands being taken seriously.

Album opener “Sleeping Giant” immediately conveys that gravity complete with spoken word from Tamar-kali & Rome Neal, every word and note finding its proper places with assuredness. That same vibe continues through “Walking With Z”, each solo careful placed but not with such seriousness that it isn’t an altogether fun listen. Charlie Burnham’s violin here is like spicy black pepper in the dry rub for barbecue, so very crucial for such a seemingly simple ingredient. Rodney Holmes’ drum breakdown in the middle of the group’s take on Herbie Hancock’s “Eye of the Hurricane”, which Whitby titled “The Eye of the Hurricane 2.0”, is a definite stand up and take note moment which seems to burn away perfectly before Whitby’s airy rise as if he (and his voice) were evaporating only to form the heady clouds overhead once more.

The thing about gravity is that it’s a force that draws. Depending on its presence in space, a body can draw with gravity elements surrounding it. Through talent and time, Whitby has gained and built a voice through gravity that draws attention from those who know better and from those who should, and with the release of his debut album, one would hope, as well, those who will.

Cousin From Another Planet, the debut album from pianist Aaron Whitby, is out now on Ropeadope Records.