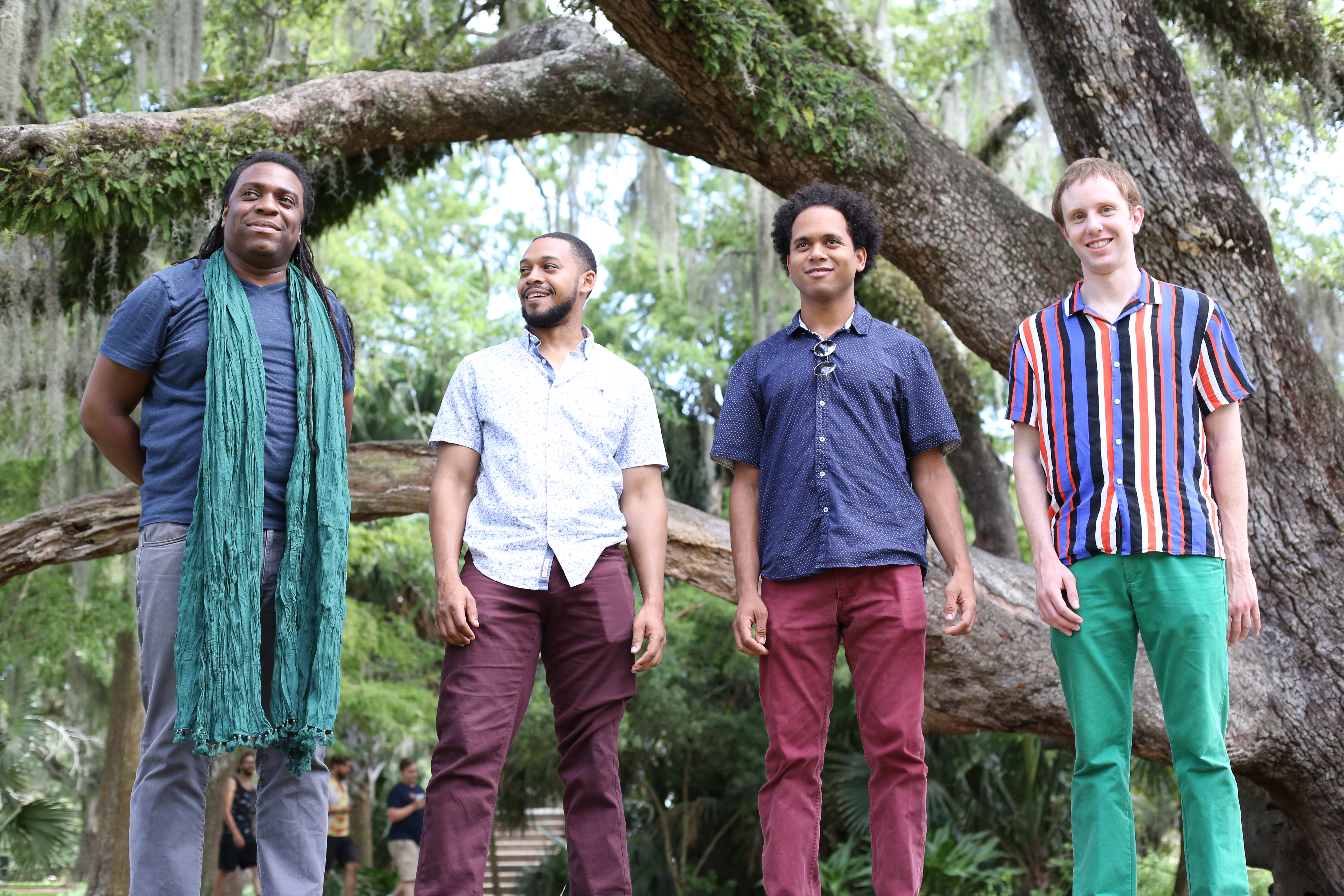 The New Orleans group The Session was started in 2011 as a weekly get-together by four friends with the simple objective to get better at making music. Bassist Jasen Weaver, trumpeter Stephen Lands, pianist Andrew Mcgowan, and drummer Darrian Douglas, honed their chops as a collective and kept developing their unique sound rooted in jazz’s historical traditions, all the while cutting their teeth on the Crescent City music scene notably alongside several members of the Marsalis clan. They released their debut This is Who We Are in 2013, followed by Live @ Snug Harbor in 2015, both on the New Orleans independent label Bubble Bath Records. A brief hiatus ensued, marked by the 2016 departure of Mcgowan to the alluring land of opportunity that is New York City, but The Session couldn’t be kept apart finally reconvening for their newest release, Collusion, slated for August 16th once again on Bubble Bath.

The politically-charged album aims in part at voicing the ensemble’s discontent with the worrisome state of their homeland’s current socio-political climate. “We have now reconvened to speak our truth and hopefully shed some light along the way. This album protests our current leadership’s unethical actions, but it also demonstrates the group’s tremendous range, and instrumental prowess,” says the band. “Kelly Ann Con Artist”, a playful and ambivalent composition by Weaver, protests lies and manipulation on the part of Senior Counselor to the President Kellyanne Conway, while the carefree “Bigly” is named after the infamous Donald Trump quote.

Douglas adds: “When people listen to our music, we hope that they are transported to a place where peace, love and honesty reign supreme. It is our hope that they feel empowered to create even greater works than they could have ever dreamed of. We also hope that we inspire people to question themselves and search for deeper meaning. We believe that if we achieve this, we have given the world a gift that will live on.”

Inspired by their beautiful message full of hope and solace, it is our honor to premiere The Session’s latest single, “Monk Dancing On The Levee”, a swinging and buoyant affair composed by trumpeter Stephen Lands. In his own words: “I love Thelonious Monk, so I decided to write something that invoked the spirit of his music; A sound that’s supposedly simple, but has that certain something that makes you pay attention to how the music feels. The sounds and energy of New Orleans and its music make my imagination run wild! That’s how Thelonious Monk ended up on the levee.”