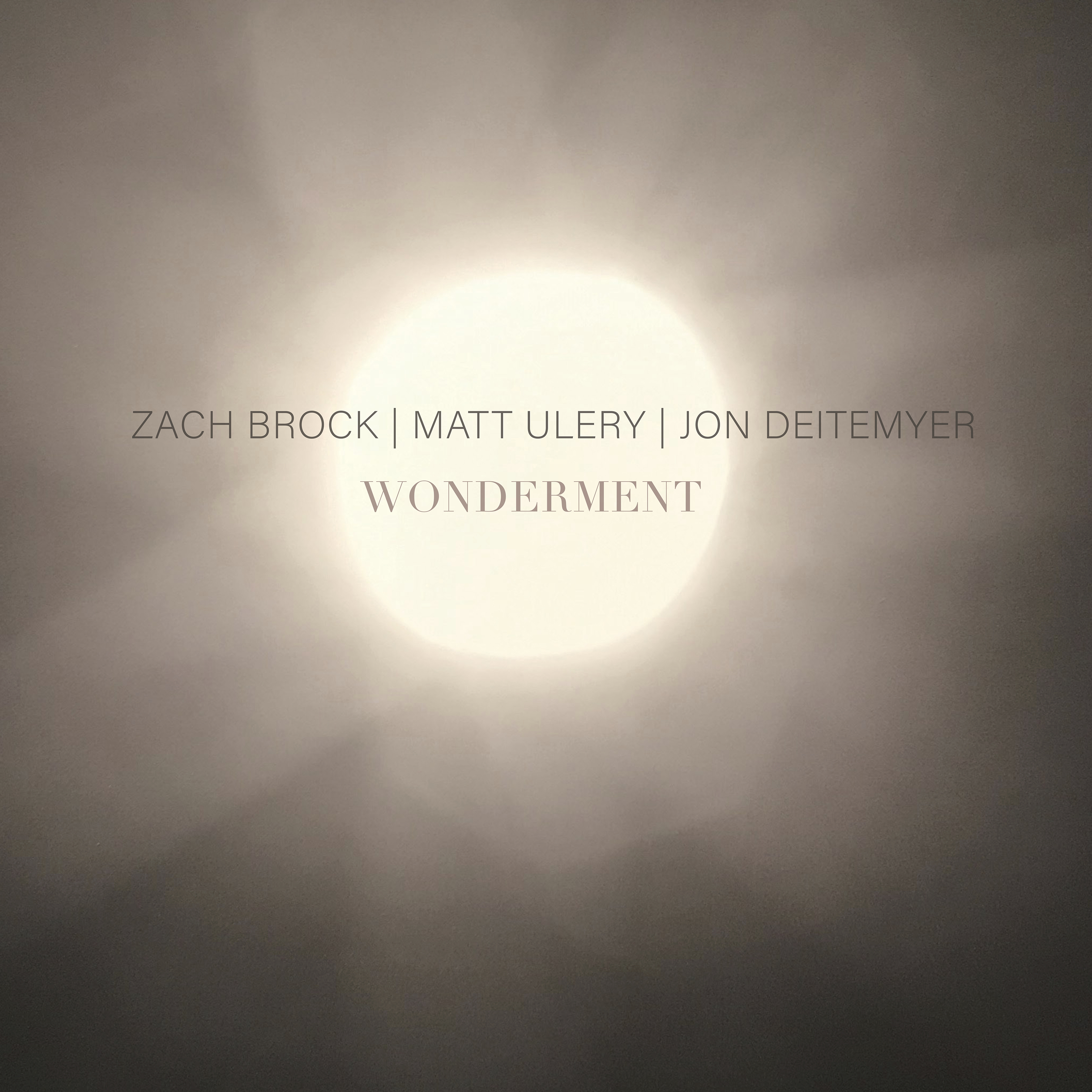 The stimulating Wonderment is a truly collective effort by three intrepid musicians: violinist Zach Brock, bassist Matt Ulery, and drummer Jon Deitemyer. Each is an innovative composer and a brilliant improviser in his own right; together they have created a captivating work that showcases their individualities yet remains seamlessly synergistic.

Brock plays the folkish theme of the title track, one of his four contributions to this album, with graceful elegance. Hints of dissonance pepper his yearning and undulating improvisation. Ulery joins Deitemyer for rumbling and effervescent vamps, echoes Brock with his arco lines, and solos with virtuosity. The tune closes with a smooth and thrilling return to the head.

Ulery, who also composed four of the pieces, features his characteristic cinematic ambience on his own “Levelled.” The passionate and muscular group interplay, the poignant violin/bass duet over Deitemyer’s thundering beats, and Brock’s haunting refrains lead to a delightfully dramatic tension. The result is deeply intriguing and brims with vibrant ideas.

Deitemyer penned a tetrad of originals for the session as well. His whimsical “Wokey Dokey” opens with playful exchanges among the trio members. Brock’s violin soars over his bandmates with exuberance and breathtaking agility. Ulery retains a light touch to his intricately constructed extemporization—marked by lithe lines and clever, crisp phrases. Meanwhile Deitemyer’s rumbling polyrhythms usher in the exciting conclusion.

Despite the inclusion of a variety of motifs, Brock, Ulery, and Deitemyer rely on their fourteen years of collaboration to maintain the release’s thematic unity. On Brock’s darkly hued and multilayered “Yge Bieve,” for instance, a gypsyesque romanticism permeates the melancholic tones of the violin. Meanwhile, Ulery builds a tense and complex crystalline solo. Dietermyer drives the music with a boppish agility—without disturbing the overall ethereal, Eastern-flavored mood.

Impeccably recorded at Transient Sound in Chicago, the disc is singularly inventive and deeply absorbing. Its balanced performances, crackling with spontaneity and lyrical melodies, are both provocative and moving—making the music simultaneously accessible and intellectually satisfying.