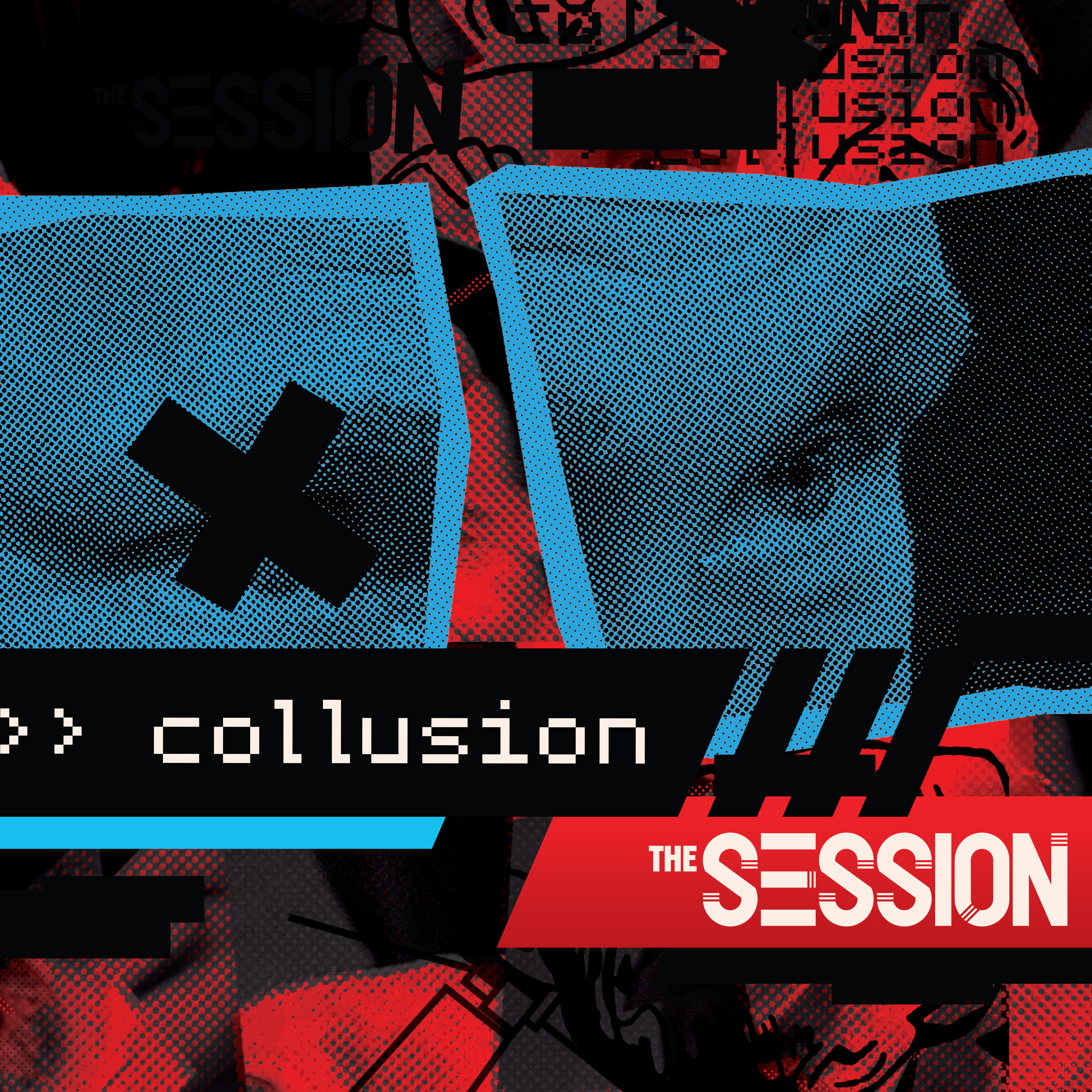 New Album from The Session, Due Out August 16th

Bubble Bath Records is proud to announce the August 16th release of Collusion, marking the return of the New Orleans-bred ensemble The Session. This group of four consummate musicians: bassist Jasen Weaver, trumpeter Steven Lands, pianist Andrew Mcgowan, and drummer Darrian Douglas first shared the bandstand performing in Jason Marsalis’ Vibes Quartet.  Developing a synergy as a quartet, and a very singular sound filled with adventure, intrigue and honesty, the group has been performing together ever since.  In this upcoming release, the Session digs deep and creates an album filled with politically-fueled reflections on our country’s current climate, without sacrificing one iota of groove or melodic invention. Collusion is a protest album at heart, but it is not limited by this focus— these compositions reflect the individual development of each of the four members of the band.  As Douglas recounts, “Our first two records were not political in nature. When we created those records, the world was different, and so were we.”

The first single, “The Return of The Session”, was recently released on 6/20, and can be heard on all digital streaming platforms by following the link: https://smarturl.it/rtrnthesession

On Collusion, the ensemble reunites after a brief hiatus to deliver their passionate sentiments about the state of our union.  Says the band, “We have now reconvened to speak our truth and hopefully shed some light along the way. This album protests our current leadership’s unethical actions, but it also demonstrates the group’s tremendous range, and instrumental prowess.  Famed drummer E.J Strickland cites The Session’s strength as their ability to dive into a sensitive soundscape, use space, and really groove!  Steven Lands’ unwaveringly supple horn lines glide atop the solid foundation created by the steadfast rhythm section of Mcgowan, Douglas and Weaver.

Tracks such as “Kelly Ann Con Artist”, and “Bigly” cut to the core of the intent behind this dynamic work. “Kelly Ann”, composed by Jasen Weaver, protests lies and manipulation on the part of Senior Counselor to the President, Kellyanne Conway.  E.J Strickland notes that “The theme of “Kelly Ann Con Artist” seems to embody the same playful manipulation found in a lot of today’s political pundits and their spin on the otherwise obvious reality of our societal issues.”  Named after the infamous Donald Trump quote, “Bigly”, a bouncy and boisterous swing tune, seems to characterize its humorous title and features a standout solo by bassist Weaver.

“Monk Dancing on the Levee”, is a lighthearted tune that merges the quirkiness of Thelonious Monk and the jovial spirit of New Orleans.  Volleying between sections of syncopated hits and a driving swing, one can hear the influence of Monk’s unique sound on this recording.  The stunning interplay between pianist Mcgowan and bassist Weaver during the bass solo is worth noting. “The Return of The Session” is a gorgeous waltz which builds into a mesmerizing ostinato in the rhythm section.  This track serves to inform audiences that “The Session” is back in full force. Fittingly, this track showcases the instrumental facility of each member of the group, Mcgowan’s comping chops shining on Lands’ solo, and Weaver and Douglas’ tight groove and sense of dynamics tying the composition together.

Douglas notes “When people listen to our music, we hope that they are transported to a place where peace, love and honesty reign supreme. It is our hope that they feel empowered to create even greater works than they could have ever dreamed. We also hope that we inspire people to question themselves and search for deeper meaning. We believe that if we achieve this, we have given the world a gift that will live on.”  Collusion demonstrates The Session’s commitment to offer a reflection and insight into today’s socio-political climate through the medium of jazz, and the quartet does so with grace, passion, and soul.

MORE ABOUT THE SESSION

Jasen Weaver, who is one of the founding members of The Session, has a musical insight that is marveled by all who hear him. His strong will and melodic genius are evident through his playing and compositions. Based in New Orleans, Louisiana, Jasen Weaver is one of the most in-demand bassists of the region.  When he’s not leading his own sextet, you can find him on the bandstand with notable artists such as Donald Harrison and Jason Marsalis. Weaver has also made a name for himself as a recording artist having appeared on albums by Carmela Rappazzo, David L. Harris, Dee Dee Bridgewater, Dr John, The Ellis Marsalis Center for Music Jazz Orchestra, Jason Marsalis, the New Orleans Jazz Orchestra and many more. Weaver released his debut album, “The Voscoville”, in March 2018.

Steven Lands, the trumpeter, adds a bit of humor and compassion to the music. His warm spirit can be felt as soon as he and his trumpet enter a room. He is a 31-year-old Louisiana native and has been playing the trumpet since the age of 9.  His sound on the trumpet has been described as a ‘controlled fire, at one point blisteringly strong and at others, warm and inviting.’ Since moving to New Orleans where’s he’s based, he’s been playing with fine musical artists like Bernard Wright, Bobby Sparks, Aaron Fletcher, Ron Westray, Cyrille Aimee, The New Orleans Jazz Orchesta, Branford; Ellis; and Jason Marsalis, Shannon Powell, Joe Dyson, Herlin Riley, Germaine Bazzle, and many others.

Andrew Mcgowan is the embodiment of soulful spirituality. Each time he sits at the piano, you feel as though you have been to a revival. He left New Orleans in 2016 to add new depths to his sound and to seek new opportunities in New York City. Whilst in New Orleans, he was lucky to study with masterful teachers, Alvin Batiste and Michael Pellera at the New Orleans Center for Creative Arts. These mentors instilled in him the will to build on his understanding of music. Before leaving New Orleans he regularly played with Jason Marsalis, Wessell Anderson III, Ed Peterson, The Stooges Music Group, Cliff Hines, and Sasha Masakowski to name a few. Andrew looks forward to building on these experiences in the years to come while in New York City.