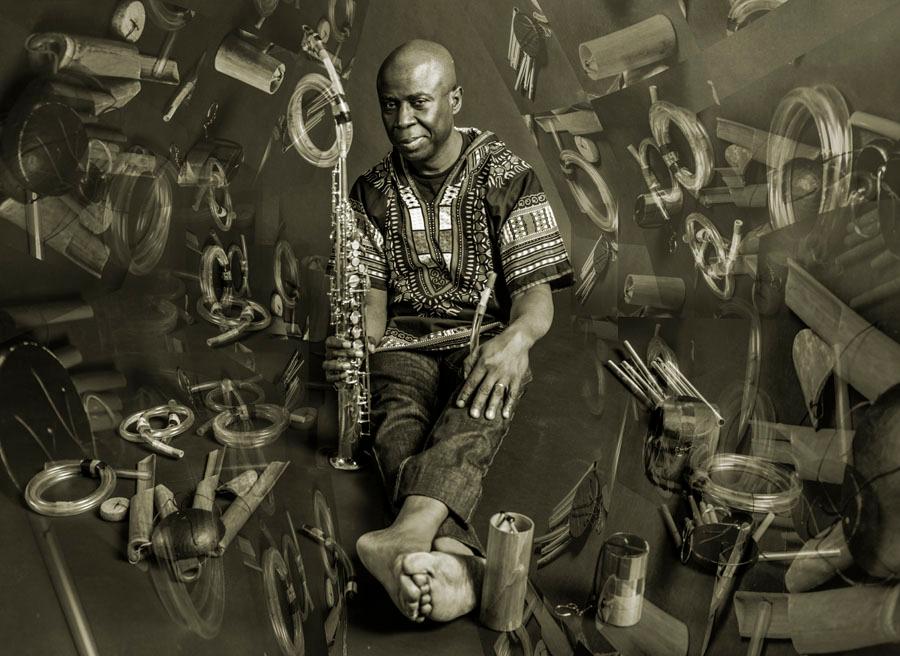 The soprano saxophone is more than a primary instrument for Sam Newsome. It also suggests a pathway and a destination, a vehicle and a voice. If you’ve been following Newsome’s work, you should be aware of his extensive forays into solo soprano saxophone performance, memorably documented on albums like Monk Abstractions (2007), Blue Soliloquy (2009) and Sopranoville: Works for Prepared and Non-Prepared Soprano (2017). And so it goes with his new release, Chaos Theory: Song Cycles For Prepared Saxophone, which dropped today.

“Urban Location,” one of 15 new inventions on the album, typifies his approach here. Newsome builds layer upon layer of sound, utilizing the soprano not only as a solo instrument but also a percussive motor. (In his liner notes, Kurt Gottschalk explains some of the technical details: “Newsome has augmented his soprano with plastic tubes extending the expanse between neck and mouthpiece, elongating the waves emitting from the horn and deepening its range by two octaves or more.”) The track feels like an action-packed miniature, which is only fitting: as the album’s title implies, it belongs to a coherent whole.

Chaos Theory is available at Amazon and elsewhere.