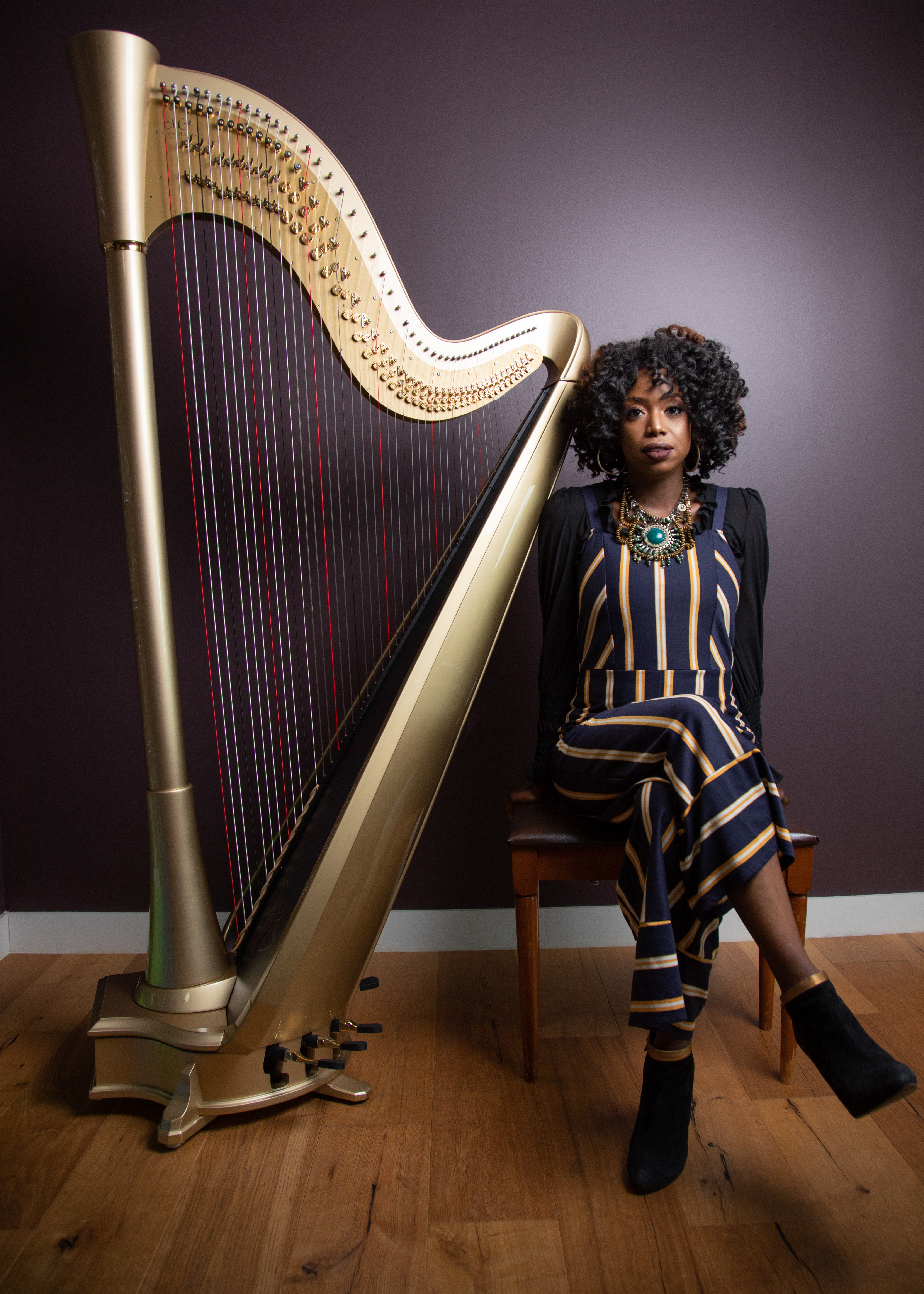 Harpist and composer Brandee Younger often faces a curiously inexhaustible question: What kind of music do you play?

And she’s given it a lot of thought: “I dislike [genre labels] for a number of reasons. [What I play is] such a combination of different things and styles that are mixed together. It just doesn’t fit all the time.”

Rather than describe the music, on her terms or someone else’s, Younger—who has collaborated with Makaya McCraven, Ravi Coltrane and Lauryn Hill—prefers to play. In 2012 and 2013, performing with friends and mentors led her to record a full-length studio album, one she’s chosen not to release until now. Soul Awakening features eight tracks of new arrangements and original compositions that offer a sonic snapshot of Younger’s in-the-moment artistry, as well as a reflection of her lasting tendencies and forward motion.

“It was a very personal record,” she said. “It’s just a stamp, marked back then, of where I was creatively and where I was musically—and also in terms of writing. In ways, I’m very similar [now] to where I was then, but I can also see how I’ve grown. My direction hasn’t changed, but my playing has changed a bit.”

Expressing a range of aesthetics from one track to the next, and including selections from Alice Coltrane, Dorothy Ashby and Marvin Gaye, Soul Awakening serves Younger’s mission of translating the energy of a live performance into a series of studio sessions. “It was my intention to have [the recording] be like what you get when you go out, just not as loose as a live concert,” she said.

Variations on a life’s pulse resonate throughout the recording, according to Younger, as collateral impact of bassist, composer and album producer Dezron Douglas’ presence in the studio. “Dezron is a huge anchor in terms of the overall ‘heartbeat,’” she said. “Sort of leading each session musically, he has a lot to do with it.”

As Soul Awakening came together, Younger also enjoyed the rare experience of recording with her mentors, Ravi Coltrane and Antoine Roney, who appear on “Soulris” and “Love’s Prayer,” and “Soul Awakening” and “Blue Nile,” respectively. Because of the impact they’d had on her career up to that point, Younger welcomed the opportunity for collaboration.

“OK, I don’t want to say ‘instrumental,’ because that’s so, so, so cheesy,” she said with a wince, “but they’ve been very hands-on in my development. And I say this like I’m 10—but literally, getting out of college and starting a career that is pointing in a different direction than what you studied, it’s a little scary. I’m leaving an orchestral setting and jumping into everything else. So, their patience, and the time they’ve spent with me, I’m really grateful for it.”

For many musicians who compose spontaneously and are comfortable stretching out in live performances, pressing “Record” can summon a bit of anxiety. And the notion of releasing music they’ve captured on tape years earlier might only intensify that feeling. But Younger insists intention can make all the difference in surrendering to the moment.

“There were some tunes that I had just written, and I thought, ‘Let’s just try them out.’ I never knew what the outcome would be,” she said. “That helps with the whole anxiety thing; if you don’t have the expectation of something being a certain way, it makes [recording] a little easier, especially with the newer tunes.”

Younger hadn’t planned to sit on Soul Awakening for so many years, but at the same time, she didn’t feel a real push to release it, either. And then, out of nowhere and several records later, that urgency hit—hard. “You put this time into it,” she said. “You put your blood, sweat and tears into it; you put your resources into it. I just couldn’t let it go.”

Despite the surge of emotion, Younger slowed her tempo to poll some friends and peers before issuing the album. Most of them cosigned her decision to release Soul Awakening, though some advised that she rerecord the music, because in 2019, seven years is a lifetime. A self-managed artist for the entirety of her career, Younger is used to relying on her gut when making the final call: “Because it’s just me, I have to really consider my decisions,” she said, laughing.

But the harpist mulled over everyone’s input, and in the end, had to release the music. Intended or not, Younger’s long-game release serves as a message to artists at every point of development: If the expression is honest and the music is meaningful, now always will be the time. DB