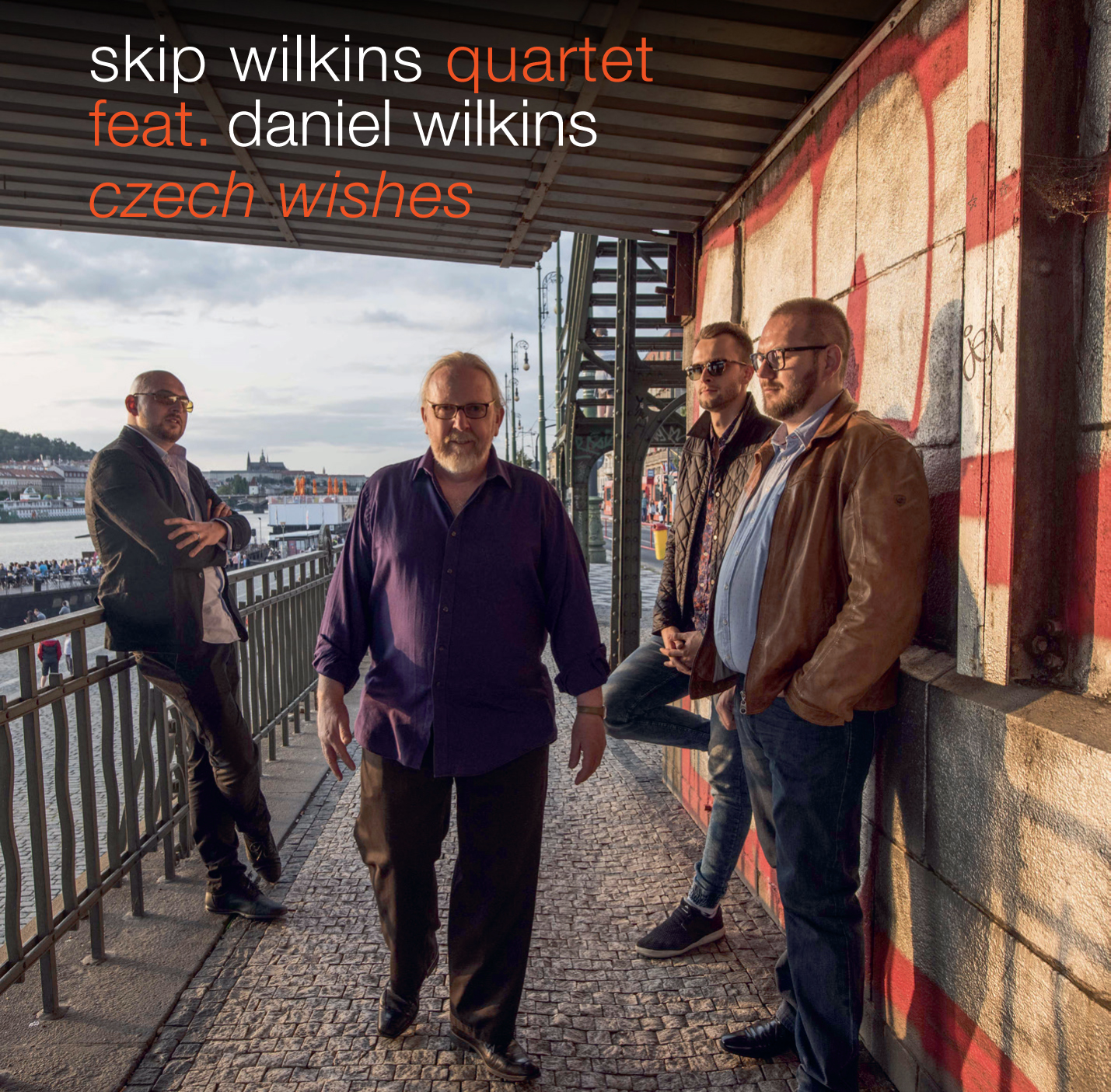 Daniel Wilkins has a sweet, husky sound on his tenor saxophone as he opens this CD with a tune titled, “Teacher.”. Daniel and Skip Wilkins have been collaborating musically since 2012, when they released a Cd titled, “Father and Son. Skip is the father and his son, Daniel, is his featured saxophonist on this project. It was developed after Skip Wilkins travelled, on tour, to the Czech Republic and fell in love with their music, art and culture. Consequently, these original compositions mirror a Prague/ Pennsylvania connection. Beginning with his “Teacher” composition. I think, perhaps it reflects the sabbatical he took from Lafayette College in Easton, Pennsylvania to write a collection of original works. However,the liner notes tell me it was written for his Czech language teacher.

For a decade, Skip Wilkins had an opportunity to teach and perform throughout Europe. But it was the Czech Republic that stuck an arrow into the heart of his music. Below, view one of his ‘live’ performances at AghaRTA Jazz Club in Prague.

Wilkins has incorporated young Czech musicians into this project. In 2016, the logistical planning for “Czech Wishes” began. That’s when Skip Wilkins began composing for this CD. It was January of that year, and he was touring. He knew what Czech musicians he was going to use, and they are the ones listed above, including Miroslav Hloucal, a virtuoso trumpeter. I enjoyed his solo on the first cut.
Skip Wilkins writes very melodically and plays piano with passionate exuberance. His arrangements leave plenty of room for these musicians to showcase their individual talents. Daniel Wilkins brings saxophone fire and energy to the group. Marek Urbanek shows his drum skills, especially obvious on “Munchkins of Karlovy Vary” where the ensemble swings hard and up-tempo. Urbanek takes advantage of the appropriate breaks in the arrangement, showing awesome prowess on his trap drums. On “The Box-Checkers” you can hear the grit and gusto in Tomas “Kastan” Baros’ bass playing. He’s walking that double bass at a swift pace, chasing Skip Wilkins’ bright piano licks and flying fingers.

This is an album full of bright, harmonic horn lines, fresh compositions and inspiring arrangements. All the musicians are skillful and their repertoire covers hard bop, blues, Ballads, and a blend of American and Czech jazz that captivates and entertains.