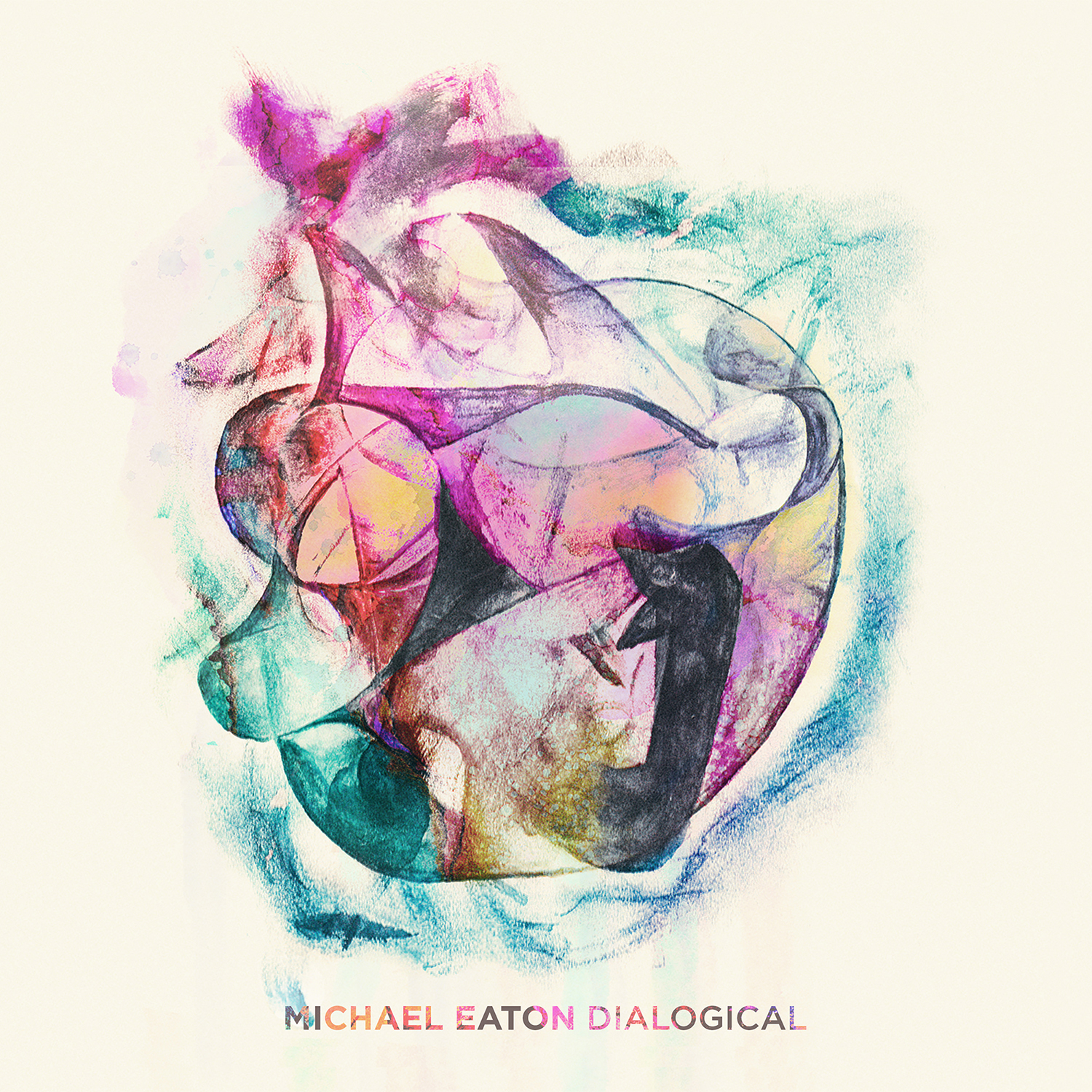 Brooklyn-based saxophonist Michael Eaton creates absorbing narrative tapestries on Dialogical, the long-desired follow-up to Individuation (Destiny Records, 2014). Inspired by dialogical thinking and multiplicity, this solid body of work evinces high levels of maturity mirrored in eight brave compositions, where he shines alongside members of his Individual Quartet – pianist Brad Whiteley, bassist/gimbrist Daniel Ori, and drummer Shareef Taher – plus vibraphonist Brittany Anjou, flutist Cheryl Pyle, udu player Enrique Haneine, and guest guitarist Lionel Loueke, who lends his voice to two of the four tracks he participates in. There’s also the four-part “Temporalities” suite, where the instrumentation is augmented with the inclusion of trumpet, piano, and marimba. The first three segments promote enduring chamber circularity, whereas the last part thrives with clashing chords and prepared piano sounds. They compete with silences and other quietly atmospheric textures.

While exploring possibilities within his own sound, Eaton blurs genre boundaries and that is put on display on predominantly African jazz numbers like the title track, which boasts a balafon solo by Anjou, and the opener, “Juno”. The latter, inspired by Chris Potter’s writing on the albums Gratitude and Traveling Mercies, evolves like an African soirée, propelled by a splendid groove in seven and marked by surprising rhythmic shifts and cutting edge improvisations. Loueke vocalizes beautifully and opts for peculiar guitar effects in order to complement an adroit language that easily piques curiosity; Eaton is magnanimous in his attacks, extending stout patterns to produce quick-witted phrases wrapped in dark, earthy tones; lastly, Whiteley adds a nimble exoticism to his grooving piano playing.

“Anthropocene” boasts a seven-metered groove that shifts along the way. It also offers sax-guitar unisons over luxurious vibraphone harmonies and effusive individual statements by Eaton and Loueke, who, later, alternate bars for a hard-swinging dialogue. Their energies and creativity are on vivid display.

Centered on a funk-flavored riff, “Aphoristic” additionally brings a refreshingly cool modern groove into the game. Its ways differ from both “Cipher”, whose Latin jazz connotations feel as much sumptuous as sensuous, and the soprano-flute duets “Thanatos and Eros” and “Machinic Eros”.

Another peak moment arrives with the hybrid “I And Thou”, in which beautiful sounds of the Middle East blends with odd-metered jazz grooves and unanticipated accents. The tune, introduced by Ori’s gimbri, is a tenor feast of richly timbral commotion offered by the bandleader and his partners in the freewheeling, horn-driven quintet Tenor Triage, James Brandon Lewis and Sean Sonderegger.

Dialogical is revelatory of Eaton’s compositional capacities. It comes full of appealing ideas, including a minimalistic chamber work and mind-bending structures and variations that confer it a triumphant, fresh spirit.