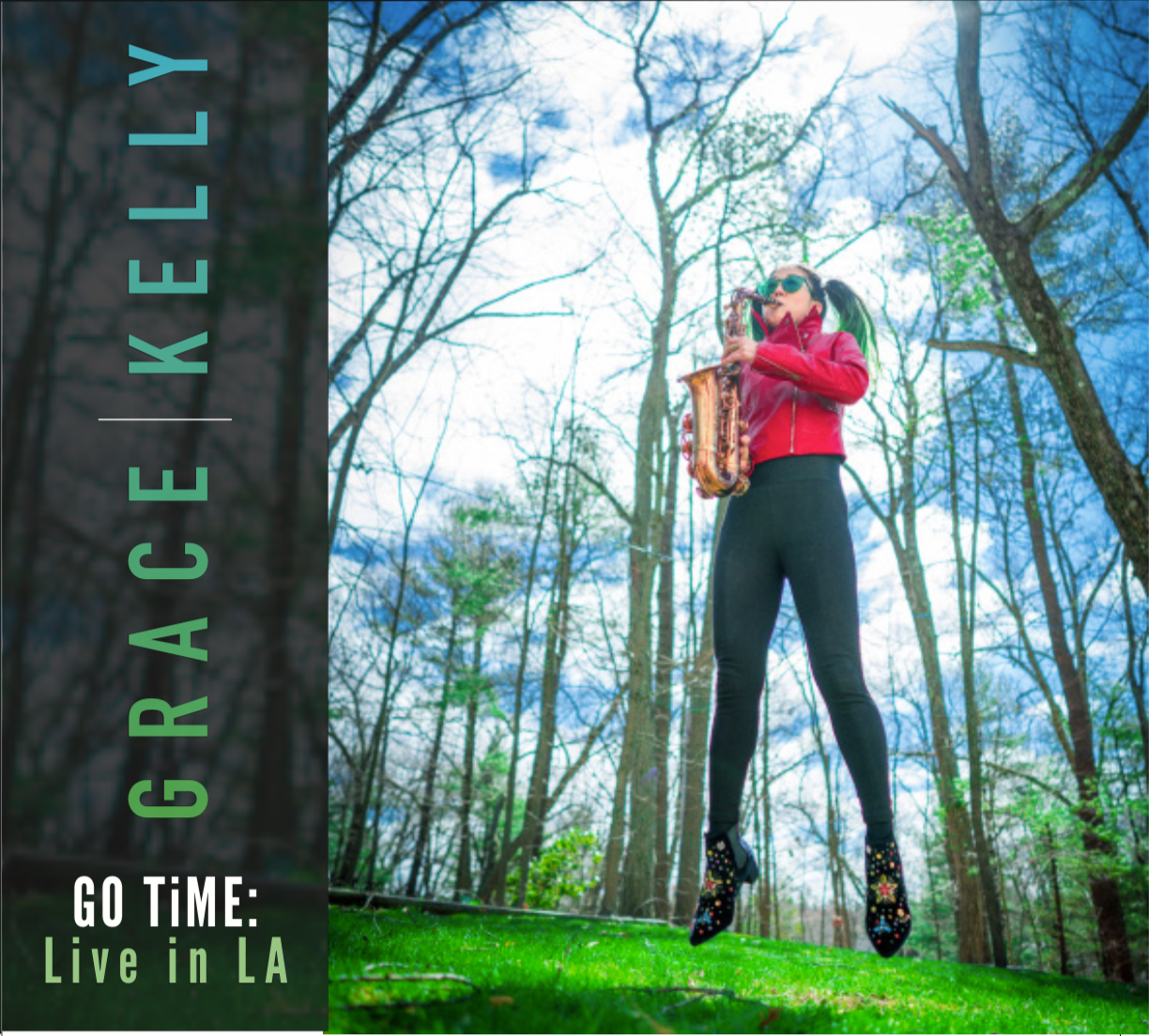 26-year-old bandleader-saxophonist-singer-composer Grace Kelly, fresh off of the success of her groundbreaking two-part 2018 video album GO TiME: Brooklyn, is announcing a new project in the series called GO TiME: Live in LA which will release worldwide on April 12, 2019. The LA album will rise to the high technical and artistic bar set by GO TiME: Brooklyn — including imaginative “Graceified” arrangements of jazz standards and popular songs, new original music played by a world-class band, and choreography performed by acclaimed improvisational tap dancer Sarah Reich — while tackling the challenge of producing the most authentic and engaging multi-sensory music experience possible for fans all over the world. Kelly will kick off her album release tour in April at Boston’s City Winery on April 13th and New York City’s Joe’s Pub on April 20th, with more concert dates to come.

The new live album was funded by 350+ fans through online crowdfunding initiatives for the GO TiME series and also inspired by the millions of views and hundreds of positive comments and shares on Kelly’s proof-of-concept Pop-Up video series on YouTube featuring the saxophonist and special guests in exotic locales.

“The GO TiME: Brooklyn album was a turning point in my career as a performer who loves connecting with audiences and bringing them into the performance experience,” Kelly says. “Because we were able to use technology to capture the visual aspect and live energy of the show in a new way and debut it over Facebook Live and other online media platforms, I could really bring my whole dancing, furry-pink-boa-wearing self to the project – and the response was incredible. I wanted to keep pushing the envelope with GO TiME: Live in LA to give back to all of the fans who encourage me to keep breaking down the conventional barriers between performers and audiences. After over a decade of performing internationally and releasing albums, I’ve found that I grow so much as an artist when I focus on helping my fans feel the same exhilaration and joy that I do when I perform for them.”

GO TiME: Live in LA will be available for purchase as a digital video album, digital audio download, or physical CDs through the newly-launched store on www.gracekellymusic.com. The audio tracks will also be available on Spotify, iTunes, and other major online music streaming services.

Featured by Vanity Fair as a millennial shaking up the jazz world, Kelly’s state-of-the-art brand of electro jazz-pop and inventive digital content are pushing her to the forefront of the fusion scene, alongside names like Snarky Puppy, Jacob Collier, Cory Henry, Robert Glasper, Jon Batiste, and Too Many Zooz. Kelly’s early career featured performances at Barack Obama’s 2016 inauguration and as a soloist with the Boston Pops playing an original composition arranged for the legendary orchestra; she has since then played over 900 shows as bandleader in 35 countries at venues like the Kennedy Center and the Hollywood Bowl and for the Montreal, Newport, and Montreux international jazz festivals. She has won numerous ASCAP and other songwriting awards, including a Grand Prize nod in the 2018 John Lennon Songwriting Contest for the song ‘Feels Like Home.’