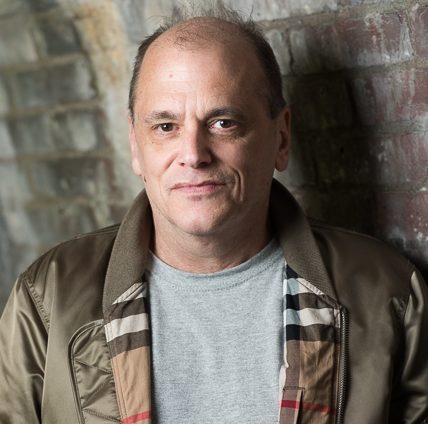 John Minnock -He/Him – A new-breed vocalist who infuses diversity and modern interpretation into his jazz and blues show, John Minnock first gained popularity in Boston and is now a resident performer at the Metropolitan Room. He is the recipient of the “Hot House Jazz 2016 Fans Decision Metropolitan Room Award”, and recently released his debut album “Every Day Blues”

A classically trained musician, John’s vocalizing recalls the likes of Billy Eckstein, Lou Rawls, George Benson and B.B. King.He often branches out into jazz improvisation and scat singing, and brings a rich history of the music to every performance. His wide repertoire of song renditions spans classic artists like King, Ruth Brown and Bill Withers to contemporaries such as Sara Bareilles, Amy Winehouse and Sam Smith. “One of the best versions of ‘On Broadway’ I’ve ever heard.” (Bistro Awards).

John leads a trio of accomplished musicians and keeps the energy moving throughout the evening. Before bringing his show to NYC, John performed weekly at Boston’s Encore Lounge, in one of the most successful jazz gigs in Boston. The show was chosen as a “Featured Event” by The Boston Globe several times during its run. Previously, John performed in the group “Feed the Meter” and in performances at Acton Jazz Café. Born and raised in Albany, he has a degree in music from Boston University.

Talking with John provided me with a much needed boost. I suppose it is unsurprising and expected that projects like this one ebb and flow. I enjoy talking with everyone about their life and work, but does anyone else? But then I talked with John and something became very clear for me. As we talked about being an out musician – specifically a vocalist – John said something really profound that I hadn’t really considered. What does it do to someone’s voice – both literal and figurative – if they are not allowed to sing about the person they want to sing about? There are very few songs in any genre that sing about the love, heartbreak, challenges, or even mundane aspects of a same-gendered or even non-gendered partnerships. Sure, people can change pronouns, or sing songs that are ambiguous enough to be for whomever we wish. But why should we? John reminded me that queer people have been making music for as long as music has been made, and we almost universally pander and cater our lyrics to a straight singer and audience. There is no need. As soon as we are able to sing or play with our authentic unfiltered voice, inevitably the performance will be better. More honest.

So, before you read everything John and I talked about, I say thanks to John for reminding me why this project is important – even if just to myself and the people I talk to. ClassicalQueer is letting queer people tell their stories through their own voice. Without filtering, amending, placating, or altering that voice.

{Jacob} – Good morning, John. As I seem to be doing with these interviews, I’d love hear about your life, where you grew up, how you started in music, and what made you fall in love with what you do.

{John} – Here I go! I grew up just outside Albany, New York and began playing baritone and tuba in grade five. That gave me a great classical based background to my music education. I played all through high school but largely stopped performing while doing a liberal arts degree at Boston University. I did a concentration in music at BU, but it was theory and history based rather than being performance focused. A few years after college, I wasn’t working in music, but I felt this urge in myself to start singing. So I took lessons, and I started singing as much as I could. Non-professionally to start. Open mics, jam sessions, cabarets. That sort of thing. About a decade ago, I got my first professional gig at a bar in Boston called the Encore Lounge. It was usually more geared toward music theatre and show tunes, but I started doing some jazz standards there. After a few years of working in Boston, I thought I would give New York a try. So, I did a few years as a resident performer at the Metropolitan Room – which is unfortunately now closed. When they closed I moved to the Triad as a resident performer, then to Don’t Tell Mama, and this week I have a show at 54 Below.

{Jacob} – Oh that’s fabulous. I’ve seen many things shot at 54 Below. What a great space. When exactly is the show?

{John} – It is absolutely one of the best venues of that size in New York at the moment. The show is Saturday March 16th at 9:30 pm. I’m also thrilled that I’ll be joined that evening by the legendary Dave Leibman. Phenomenal saxophonist.

{Jacob} – Jazz is so famously an old boys club with very little gay representation. Since you’ve been working in the field for a while, I have to ask how much of your career you’ve been out for. All the other jazz people I have talked to so far are at the very beginnings of their careers and so they’ve always been out. I’m curious what your trajectory has been.

{John} – I’ve always been pretty forward about being gay. I remember many years ago singing a cover of My Girl with a band back in Boston, and changing it to My Significant Other. But for a few years, I wouldn’t be blunt about it. I wouldn’t sing a song and change the pronouns to “him.” But once I started working in New York, it became clear to me that this was really the time to be honest. I also firmly believe that in the world of small room performance, the best performances you ever see are when the artist is completely raw and honest. It really does come across in the music as a much better performance. It took a few years of tip toe-ing into it, but now, that’s just the way the show is. If the song is about love, I’m going to sing about who I love!

{Jacob} – I couldn’t agree more! When you made that change to be completely out and proud, did your performance change?

{John} – It wasn’t a light switch moment. It took a long time to get here, but absolutely the music has improved. People who have seen me perform over several years keep telling me that the show is getting better and better, but they can’t put their finger on why. I think that is the reason. My honesty.

{Jacob} – That is my favourite thing to hear. That a performance is enhanced by the honesty of the performer.

{John} – I didn’t know that was going to happen when I started either. I was just doing it to feel comfortable with myself and singing the songs I wanted to sing. I don’t want to sing the jazz standards about wanting to walk a girl home at night. That doesn’t resonate with me. The lyrics are not things that I would say or hear my friends say, so why would I sing them? So I started writing my own songs.

{Jacob} – And what do you want people to know about you through your own songs? What about your work as an out gay jazz singer makes you proud and excited?

{John} – I think I’m most proud about the way I’ve forged my own path. It’s a hard thing to do! If there isn’t material that you want to sing or that you don’t jive with, it’s a hard thing to write your own or go find material that works. But, it is important that you do. I had thought about hiring a lyricist, or asking a friend to write me something. That wouldn’t have been me though. It still wouldn’t have been authentic.

{Jacob} – We are in an exciting time. I do believe it is the moment for queer people to take back their own stories and tell them through their own voice. That this is our time to say what we want to say about our own lives.

{John} – We’ve been talking about this since the 90s. What is the role of a gay jazz singer. But it wasn’t until now that we really had an answer.
{Jacob} – What has changed since the 90s then? Why is now the time?

{John} – Jazz as an art-form has always borrowed from anywhere it can get its hands on. There was resistance in the community, of course, to LGBT musicians for many years. But if jazz can incorporate world music, people from across the globe. If it can bring together diverse styles and musics that don’t seem to fit until you fuse them, then it can incorporate LGBT performers.

{Jacob} – I hadn’t thought of it like that before. Jazz has always been a style that brought together diverse groups. That’s kind of what it is! It can only add to the health of the style to include as many people under its umbrella as possible!