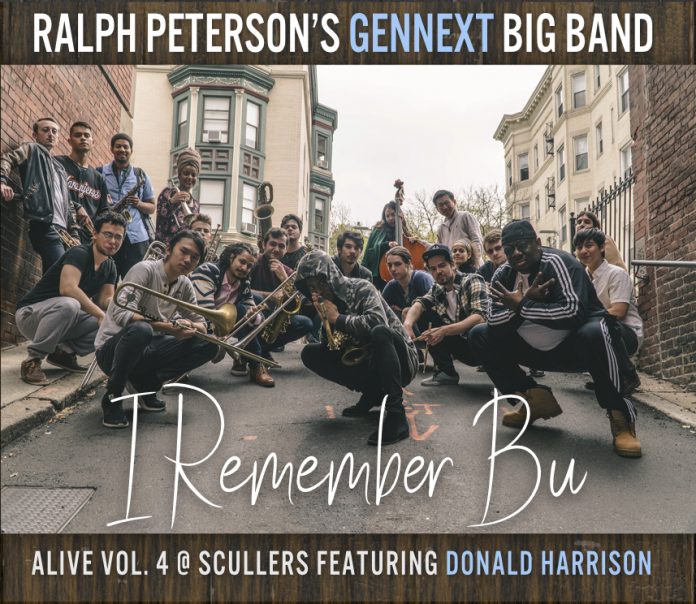 Playing with Art Blakey in his big band in Boston 1983 transformed drummer Ralph Peterson’s musical life, so much so that 35 years later he grabbed “the chance to pass a similar experience on to these amazing young musicians”. Fronting his GenNext Big Band on five of the nine tracks is former Blakey alumnus Donald Harrison, his powerful solos well supported by the massed brass and reeds behind him, although the adventurous arrangement and rap singing on Joanne Brackeen’s “Egyptian Dune Dance” runs him close for attention. If truth be told, there’s little on this set that could not have been recorded anytime in the last 40 years, but throughout the playing is professional, the solos effective, the sections tight and controlled, and the swing undeniable.