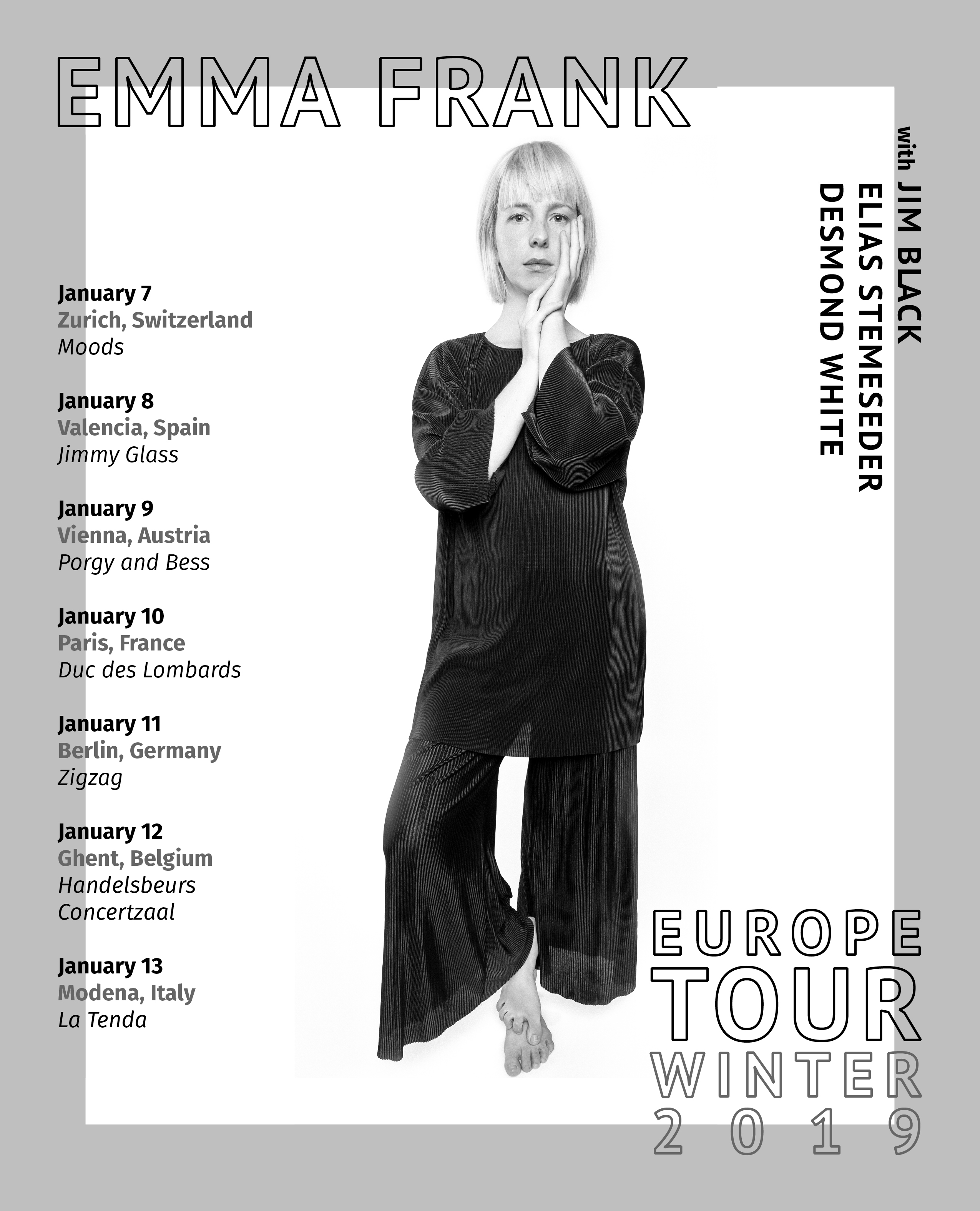 “Emma Frank, who reaches a sublime new plane of musicality on her excellent third album is an artist worthy of observation with serious ears,” – Ron Hart, Downbeat

“Frank’s songs sit comfortably between jazz and singer-songwriter artpop, comparable in approach and quality to the work of acclaimed young artists such as Becca Stevens and Gretchen Parlato.” Will Layman, Pop Matters

Singer-songwriter Emma Frank will kick off the new year with a multi-city tour across Europe this January. The internationally acclaimed vocalist will make appearances in Switzerland, Spain, Austria, France, Germany, Belgium and Italy from January 7th through January 13, 2019. Emma will be joined by a stellar rhythm section made up of drummer Jim Black, pianist Elias Stemeseder, and bassist Desmond White.

Born and raised in Boston, Massachusetts, Emma Frank began performing regularly in Montreal, Canada after moving there in 2006. In 2014, Emma released her debut recording For Being Apart, followed by The People We’re Becoming (both via Canadian label The 270 Sessions). Her move to New York City in 2015 inspired her third, most recent recording Ocean Av, which came out last February widespread critical acclaimed. Ocean Av received rave reviews from, among others, Downbeat (US), Jazzwise (UK), Jazz Magazine (FR), and Ottawa Citizen (CA), and was referred to as a “minor masterpiece” by Pop Matters’ Will Layman. In the Spring of 2019, Emma will release her fourth album, Come Back, on Montreal label Justin Time.

Emma’s European itinerary is as follows:

More information on Emma Frank is available at http://emmafrankmusic.com/.