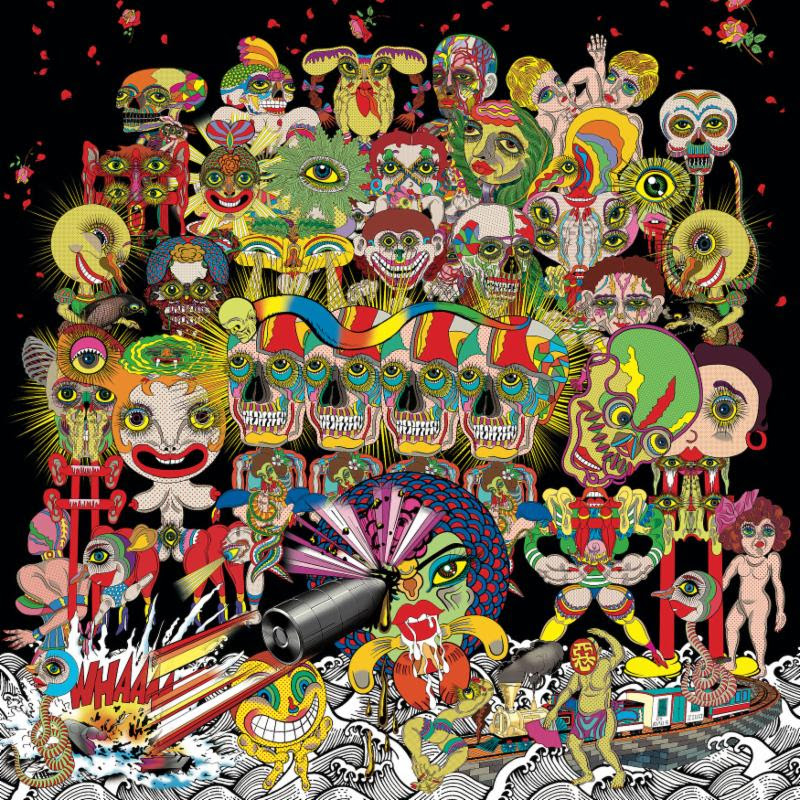 “The Beatles arrived in New York right around the time of my birthday, so when I was a kid my dad used to — as a tradition — take me to FAO Schwarz and I got to pick out a toy,” explains Verve Label Group president and CEO Danny Bennett (his father, of course, being renowned pop icon Tony Bennett). “And I remember walking down 58th street and we were on our way to the toy store, which was on the southeast corner of 5th Avenue and 58th, and we heard all this screaming. And I saw all these girls crowded around the plaza. So I look up and the four of them had their heads out the window and throwing ties and all these things down to the girls. It totally caught a spark for me.”

For Bennett, having his famous father represented by the legendary Sid Bernstein — who not only promoted Tony and Judy Garland and Frank Sinatra, but was also responsible for bringing the British Invasion to American shores — had its perks, especially for a young Beatles fan.

“Sid Bernstein was like my uncle,” he admits. “And he was the promoter at the time. So he took me to Forest Hills, and I was in their dressing room at Shea Stadium. The Beatles have been a lifelong obsession for me.”

The Beatles’ White Album at 50: All the Songs Ranked From Worst to Best

As someone who grew up immersed in the dual worlds of jazz and the Fabs for the majority of his 64 years, Danny Bennett saw the perfect opportunity to make an addition to the ever-ongoing conversation between bop and the Beatles by paying homage to them in the form of the tribute album A Day in the Life: Impressions of Pepper, released on the Impulse! imprint, where Shirley Scott covered “Can’t Buy Me Love” on her 1964 LP Queen of the Organ and guitarist Gábor Szabó would transform “Lucy In The Sky With Diamonds” into a near-ten minute instrumental explosion on his 1967 LP More Sorcery. And perhaps cosmically working off Szabó’s vision, Bennett and his ace A&R team at the Verve Music Group cherry-picked a number of the hottest acts in modern jazz to reinterpret a song off the Beatles’ 1967 psychedelic conceptual opus Sgt. Pepper’s Lonely Hearts Club Band. The tracklist reads like a who’s who of the current scene, including such noteworthy names as Sullivan Fortner, the New York-based Onyx Collective, Chicago’s the JuJu Exchange, London’s Wildflower and Kamasi Washington keyboardist Cameron Graves.

What they turned out is arguably the finest full-length interpretation of Beatles material that jazz has offered since the two first crossed paths on that aforementioned Shirley Scott LP on Impulse!. So it was only fitting to see this visionary 21st century update of the group’s pop masterpiece adorn the classic white, orange and black colors of the historic label.

“It’s universal stuff,” explains Bennett of the Beatles’ music and its ability to be shaped by artists. “I call it ‘complex simplicity,’ because once you put those two things together you get great art. All great art is arresting in that sense. It’s a simple essence that you get across, but when you dive in it becomes more and more complex and keeps you coming back for more. This album is a great way to let people know what’s coming from the new Impulse!.”

Billboard reached out to a number of the artists who appear on A Day In The Life: Impressions of Pepper, asking them three questions about how they became involved in this project and where they got on board with the complex simplicity of John, Paul, George and Ringo as both listeners and creative beings.

I’d love to hear your own personal history with Sgt. Pepper’s and how it made an impression on you as a listener and musician when you first discovered it.

Keyon Harrold: I am a diehard Beatles fan. The Sgt. Pepper’s album is one that I have played and drawn inspiration from quite often. As a musician I have always been drawn to their overall artistry and originality; melodies, harmonic sensibilities, production, musicianship, lyrics and sonic brilliance that is still current.

Dezron Douglas: Well, growing up in the ’80s my musical palette was quite thick and I remember loving just about every Beatles tune I came across. It was in middle school that I first heard “With A Little Help From My Friends” as it was used for the theme music to the TV Show The Wonder Years. Around that same time I heard “Yellow Submarine” and I began to actually really check out the Beatles.

Brandee Younger: I guess I’m giving my age away, but I used to watch The Wonder Years and I loved the Joe Cocker theme song, and that was my introduction to the record…believe it or not. I loved “With a Little Help from My Friends” and was curious to hear the original!