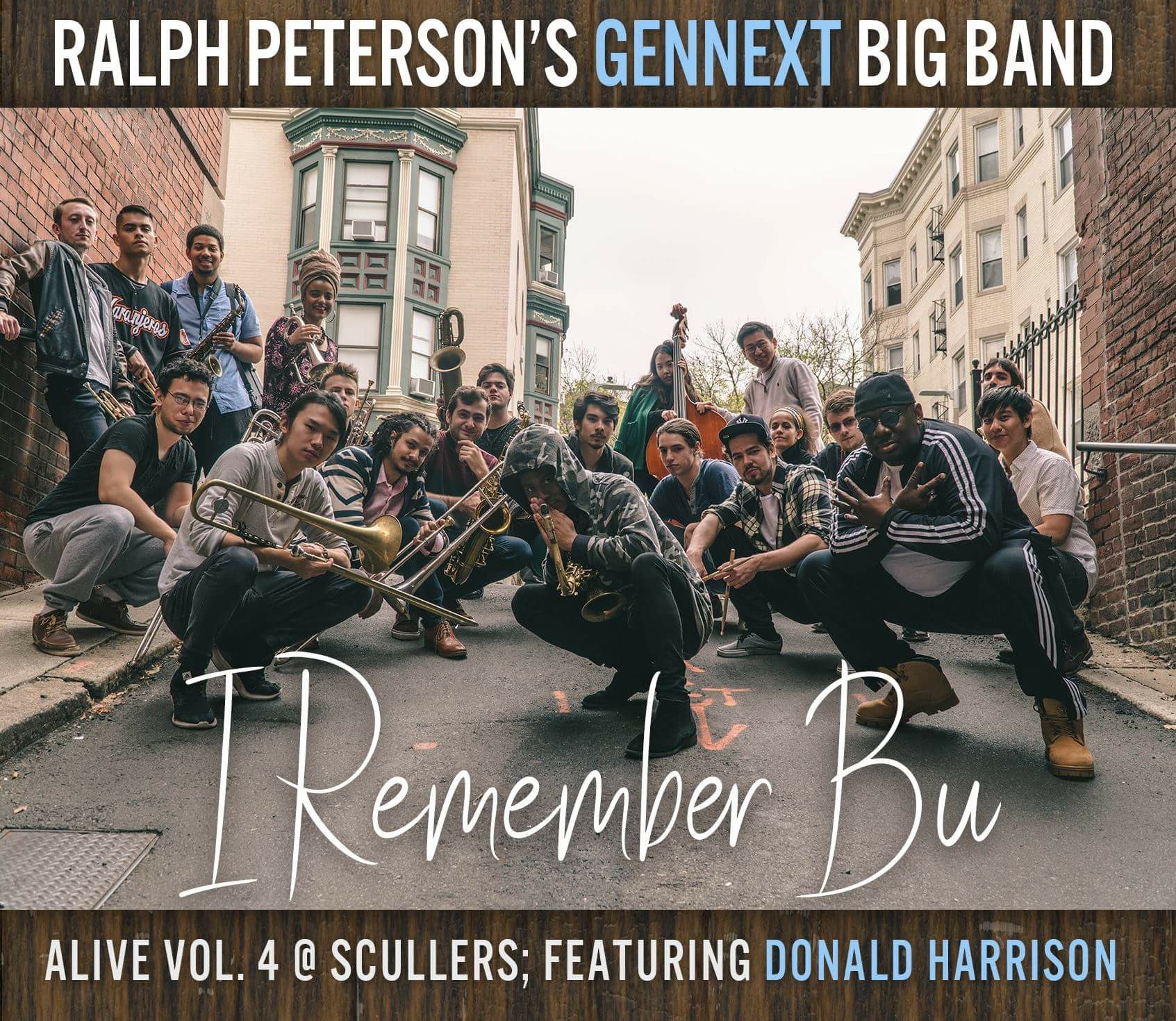 Jack Bowers, All About Jazz

In 1983, Art Blakey invited fellow timekeeper Ralph Peterson to perform with Blakey’s two-drummer big band at the Boston Globe Jazz Festival. It was a life-changing experience for Peterson, whose debut album with his Boston-based GenNext Big Band, I Remember Bu,honors Blakey’s memory (the late drummer’s Muslim name was Abdullah ibn Buhaina, and he was usually called “Bu”). Sharing a name like GenNext, the members of Peterson’s ensemble are presumably young and more than likely energetic. The first part of that assumption is borne out by photos on the front and back of the album’s outer jacket, the second by the ardor with which they come to grips with the session’s nine galvanic numbers.