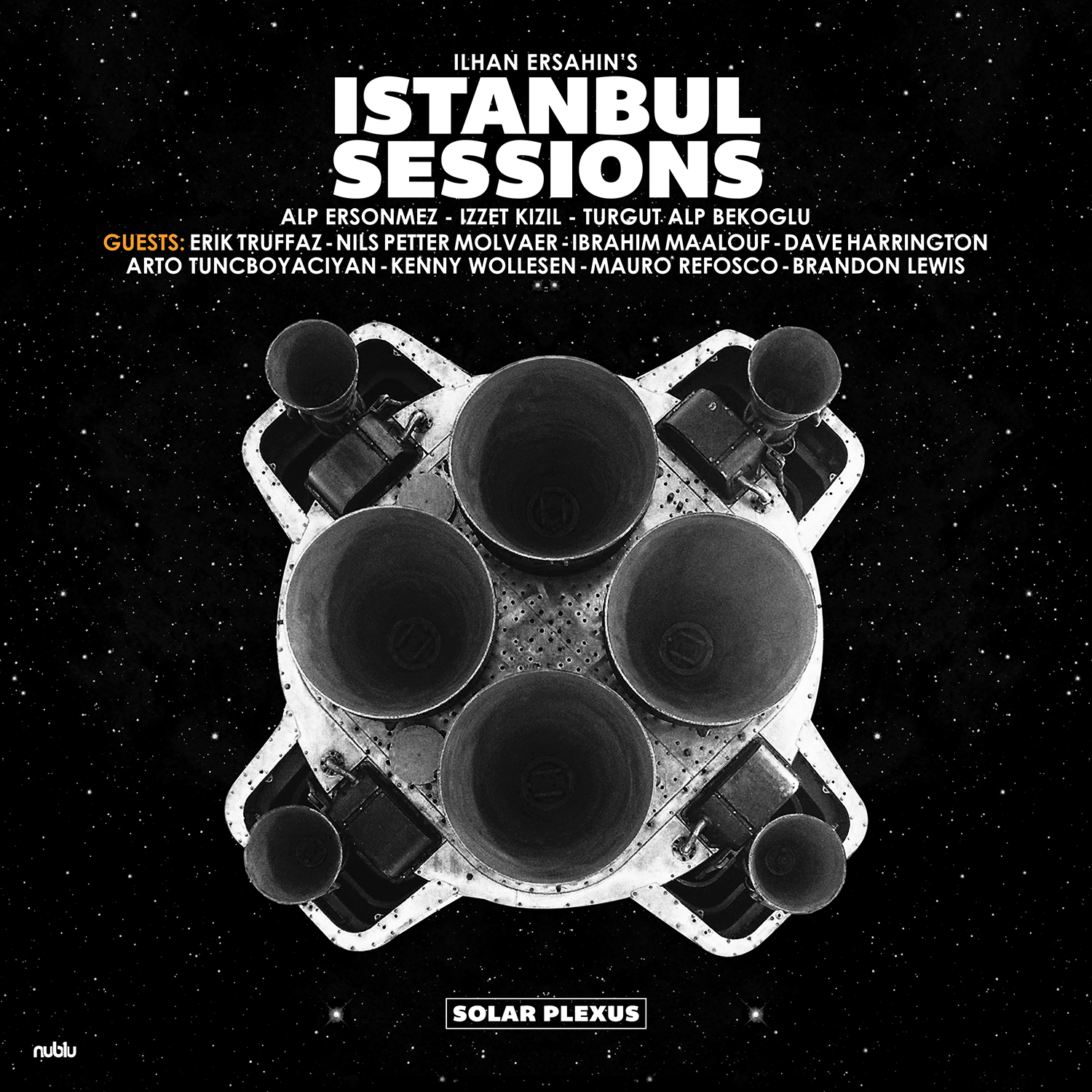 Back in 2015, Bugge Wesseltoft released his ‘Bugge and Friends’ album into the world through Jazzland Recordings, recorded through Nublu, responsible now for a record label, club nights and a festival. The album featured several familiar artists; Beady Belle, Joe Claussell and Erik Truffaz (keep a note of that name), but also an unknown name in İlhan Erşahin on tenor saxophone. The album was well received and the co-written ‘Clauss It’ is now something of a keepsake. And as one does, on investigating further, discovered the release of ‘Istanbul Sessions – Istanbul Underground’ around the same time, again through Nublu with Alp Ersönmez (keep a note), Turgut Alp Bekoğlu (keep a note), İzzet Kızıl (keep a note) and İlhan Erşahin. The plot was thickening and not being one to “overlook” anything began to dig deeper. In fact Erşahin went as far back as 1997 with ‘Home’, a trio modal/bop and self-written delight featuring Kenny Wollesen (keep a note) of a more modern jazz approach and unlike the latter ‘Istanbul Sessions’ direction. Check out the wonderful ‘Zem Zem’ from the album to get a glimmer of where he would take his music. İlhan Erşahin’s Istanbul Sessions ‘with Erik Truffaz’ (there’s that name again) was an album released in 2009, from which one of this writer’s favourites, ‘Freedom’, appears, with perhaps the best example of this group in any one album. Do search out ‘Sam I Am’, which has the energy of a classic 70s fusion track, while ‘Our Theory’, with its slight reggae undertone provides Truffaz with a backdrop to experiment over. This piece does remind me very much of Ibrahim Maalouf, who appears on the new album (you have stopped taking notes haven’t you?). Pointless then mentioning Eddie Henderson is part of the Nublu Orchestra which also features İlhan Erşahin, Kenny Wollesen and Kirk Knuffke (new album alert) and back in 2006 gave our ears the magnificent ‘Nublu Orchestra Conducted By Butch Morris’ and from which ‘We Are The Ones’ is highly recommended. History, and lots of it around for İlhan Erşahin then; a constant, and ever-changing sound that never bores the listener. Experimenting and yet grounded performances throughout the 40+ releases he is involved with but whom many in the UK may be unfamiliar with.

Step in ‘Solar Plexus’; the fourth in the Istanbul Sessions series, released out of Turkey on Neblu with now familiar names on board in Erik Truffaz (trumpet), İzzet Kızıl (percussion), Turgut Alp Bekoğlu (drums), Alp Ersönmez (bass), Ibrahim Maalouf (trumpet), Kenny Wollesen (drums) plus Nils-Petter Molvær (trumpet), Mauro Refosco (percussion) and Brandon Lewis (drums) [not to be mistaken for saxophonist James Brandon Lewis] – aren’t you glad you were taking notes – with 10 compositions over the double vinyl album and CD releases. “Inspired by the likes of 2001: A Space Odyssey and the original Blade Runner” is what we’re told – the photo on the album cover not giving that away – with ‘Jupiter Window’ featuring the unmistakable trumpet work of Maalouf taking us into space itself, and from which the group develop the theatre. This is not so much a film score sound but more a contemporary jazz one. ‘Love in Space’ maintains the theme of the album with electronic effects overlaid, but this is about the saxophone and drums and their evolvement through the piece and exciting, unlike much under the contemporary umbrella in 2018. Yes we have more powerful pieces here. ‘Pris’ drives hard and keeps one’s attentions through the entire piece, and the longest, at over 11min, on the album. The star of the show is ‘Arrival’, a fierce tour de force with funky groove throughout and as creative as 2018 gets. Not only would this be serious club material on the turntables of the DJing fraternity but one which heard live must wow every one of the senses. Not just great, but contender for track of the year great! How on earth their Ronnie Scott’s visit this June escaped me is still a bone of contention.

The album very much leans to the ‘jazz-fusion’ but one might refer to this release as a fusion of ideas from a wide selection of musicians all at the top of their game, with multi-instrumentalist, Dave Harrington, onboard here. A fusion that brings both east and west together with a little experimentation, a little electronica but with a larger dose of musicianship and of ideas that are fresh and creative. With now four albums under this banner, there is clear passion from both those delivering the music and those receiving it. One that live I feel would overwhelm each member of the audience and fuel the need for further albums. This is as good as is gets. A broad statement yes, but a thought out one and one not lacking in research, hours of listening and years of enjoying music. Grab your headphones, your space suit, jump aboard the shuttle of Erşahin and get ready for some extravehicular musical activity. There’s not much else like it on earth.

Vinyl addicts note: There are also two 7” singles available, the first with album tracks ‘Infinite Gathering’ and ‘Jupiter Window’, and another with two not featured on the album in ‘McCoy’ and ‘Senin İçin Geldim’ worth exploring.