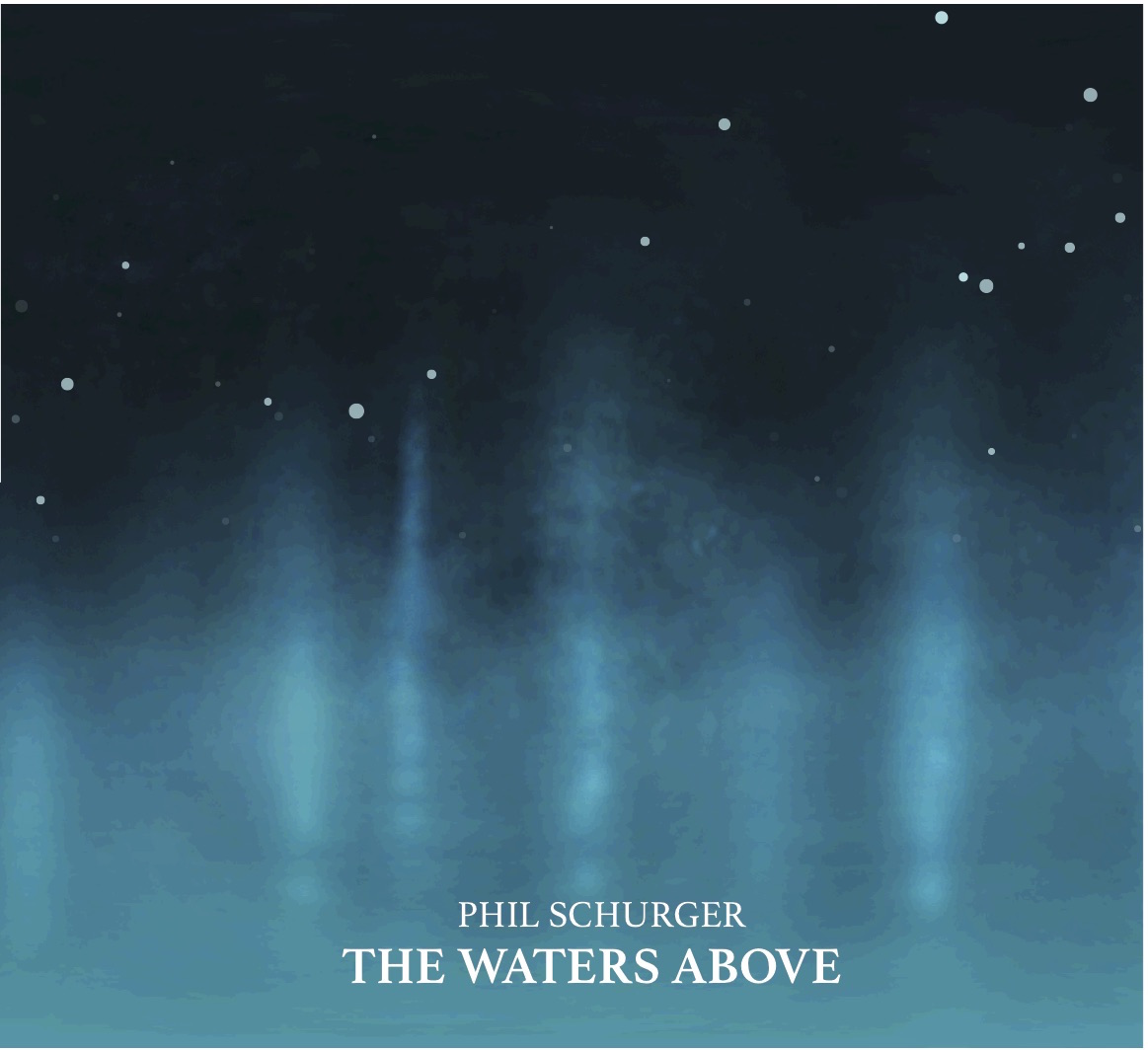 Each of the six track titles on Phil Schurger’s second ears&eyes Records release, The Waters Above, holds special significance for the guitarist. For instance, “Anikulapo,” a Yoruban word meaning “He who carries death in a pouch,” resonated with Schurger because of several early brushes he had with death, experiences that crystallized for him the need to live with purpose and value the brief time allotted him on the physical plane. But while such background adds an extra dimension to the project, the release is primarily noteworthy for the calibre of the performances he and fellow quartet members alto saxophonist Greg Ward, bassist Jeff Greene, and drummer Clif Wallace bring to the sixty-five-minute release.

Schurger’s credited as the sole composer, but in a sense authorship is shared by all four when their contributions are so critical to the result. In general terms, he provides the structural framework for a given setting with a particular melodic statement, which serves as a springboard for the solos and interludes that follow. The presence of compositional form means that The Waters Above is neither a blowing nor improv session, though the extended track times (the shortest nine minutes, the longest nearly thirteen) do allow for a plentiful amount of individual expression. Eschewing a standard theme-solos-theme approach, Schurger often works a surprising twist or two into a piece, turning it into something maze-like rather than predictable.

There’s a fluidity to the quartet’s playing that lends the music a powerful momentum and velocity. Ward’s smooth tone is free of abrasion and even sometimes sultry; the leader similarly favours a warm, distortion-free attack that enhances the music’s sheen (though he deviates from that noticeably during the reverb-enhanced intro to the mystery-laden “Nogah”). For their part, Greene and Wallace stoke controlled fire throughout, their energized actions doing much to catapult the performances forward.

Indicative of the material’s episodic bent, “Scorpio” establishes the general character of the set with Ward and Schurger leading the group through an intricate opening part executed with poise by all involved. After that initial section, the volume drops to a whisper, which allows a soloing Ward to build stealthily from a subdued pitch to a crescendo as the others complement the ascent with interactions that propel the music feverishly. Though the track seemingly ends at the five-and-a-half-minute mark, that apparent end turns out to be a mere pause when an unaccompanied solo by Greene ushers the others back into the fray for the tune’s second half.

Taken at a less frenetic tempo, “Anikulapo” allows the textural shadings with which the players adorn the material to be appreciated. Wallace’s cymbal punctuations and Schurger’s chords provide a backdrop to Ward’s clear articulation of the theme, while Greene grounds the playing with his assured presence. Also on a quieter tip, “Inclusion” captures the band’s delicate side with a lyrical, ballad-styled performance whose modal-like flow strengthens its dream-like quality. With Wallace accenting his voicings with mallets shadings, Ward’s playing is at its most sensual while Schurger’s exudes a high degree of melodic sensitivity and atmosphere.

Powered by a relaxedly swinging bass-and-drums vamp, “Motion” makes good on its title with an ever-mobile exercise that’s perhaps closest of all the album’s cuts to a standard jazz performance, even if it also gravitates in a slightly funky direction. At almost thirteen minutes, “Yoruba” affords ample time for numerous episodes to arise, starting with a peaceful, metre-free intro that gradually settles into a tight groove that sees Wallace’s lively pulse offset by Ward’s slower melodic line; tempo’s more elastically handled in this cut than anywhere else, with the group confidently alternating between tightly defined parts and others untethered by fixed time.

One could, of course, exhaustively dissect each track in terms of the contributions made by each player. The Waters Above is best appreciated, however, by attending to the interactions happening at any given moment between the four. It’s this consistently engaging interplay that provides the greatest amount of pleasure to the listener and most recommends the release.