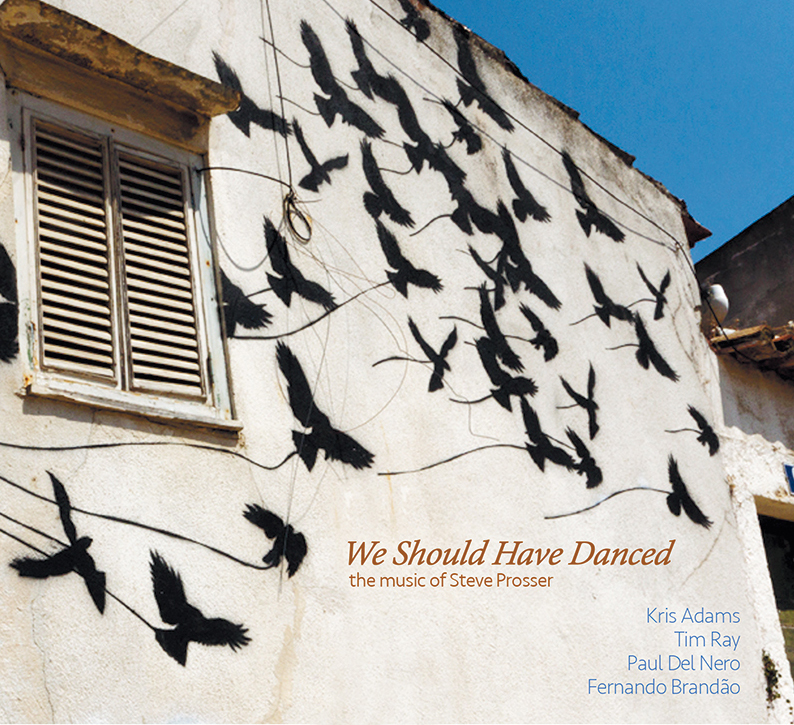 Jazzbird Records is proud to release Kris Adams’ long-awaited fourth album We Should Have Danced: The Music of Steve Prosser. Featuring Adams’ original lyrics and arrangements by pianist Tim Ray, We Should Have Danced is a deeply personal, poignant collection of music featuring the compositions of the late Steve Prosser, Adams’ former husband, for chamber jazz quartet.

After Prosser’s passing in 2012, Adams came across a folder titled “Songs for CD” amongst the items left behind for her. Inside was a trove of Steve’s original music with many of the tunes having been written during their 19 year marriage. Inspired in some cases by Prosser’s poetry and in other cases, by the melodies themselves,  Adams wrote lyrics to some of her favorites which then were arranged by Tim Ray. “My mind was filled with images and emotions, searching to put into words what I felt from the music that he wrote,” says Adams. Bassist Paul Del Nero and flautist Fernando Brandão were then added to enrich the project.

Kris Adams began singing at an early age having grown up in a music loving family. Her grandfather played organ by ear and her mother played piano. Kris began singing on stage in a touring children’s theater as a young teenager and had her first professional gigs at the age of 19 in Connecticut, singing in a latin-jazz band that the late saxophonist Tom Chapin was a member of.