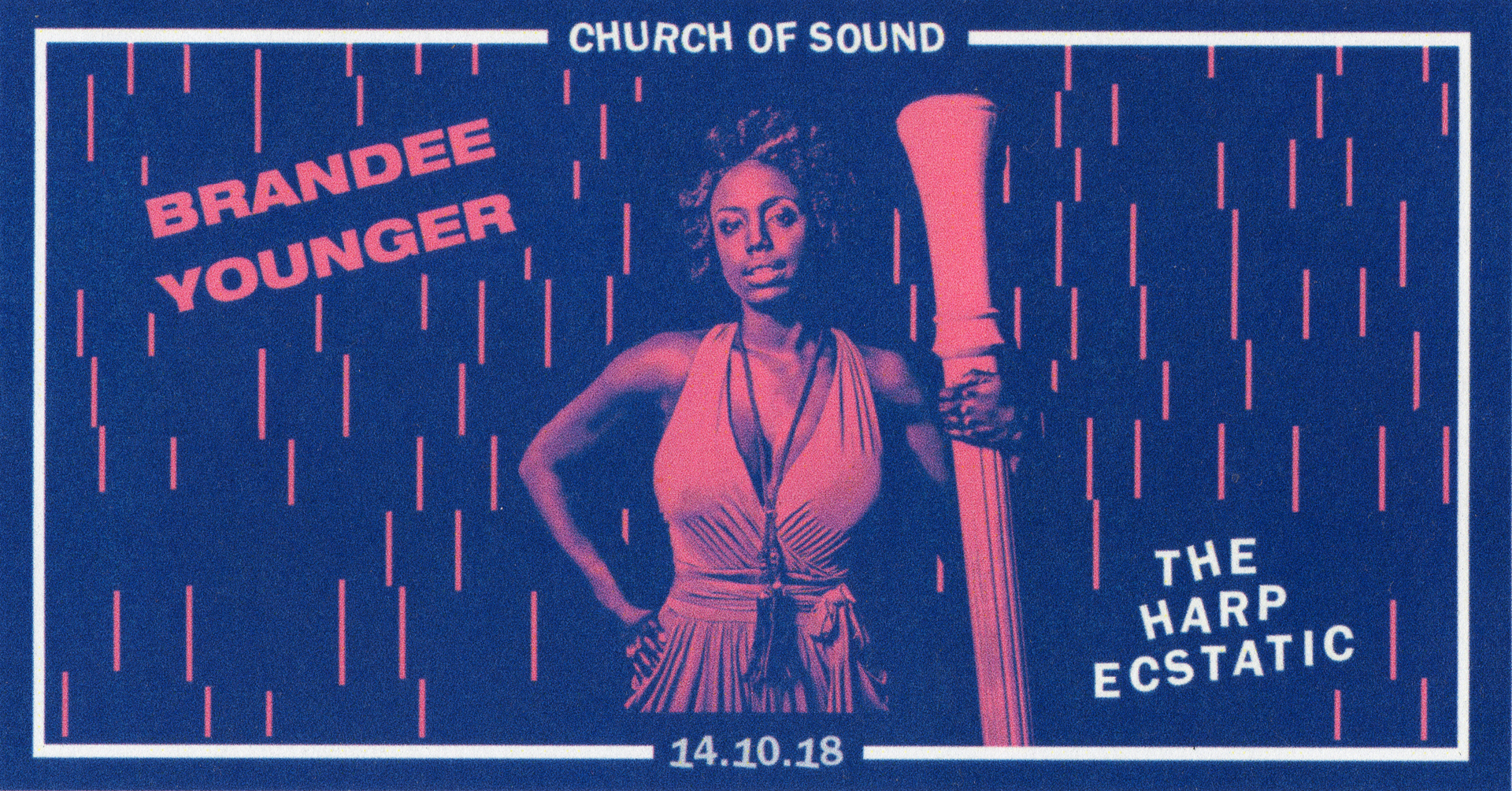 London, UK — Church of Sound, located at St James the Great, St James Clapton, London is thrilled to welcome harpist Brandee Younger & her trio on Sunday, October 14th. Alongside Rashaan Carter on bass and a special guest on drums, Younger will perform two exciting sets. The first, The Harp Ecstatic, will consist of a selection of harp tracks, ranging from the well-known to the obscure. The second second will be a recital of Brandee’s own music.  There will be food served from 7.30pm and Church of Sound resident selectors Lexus Blondin & Born Cheating will be on the decks as the audience gathers.