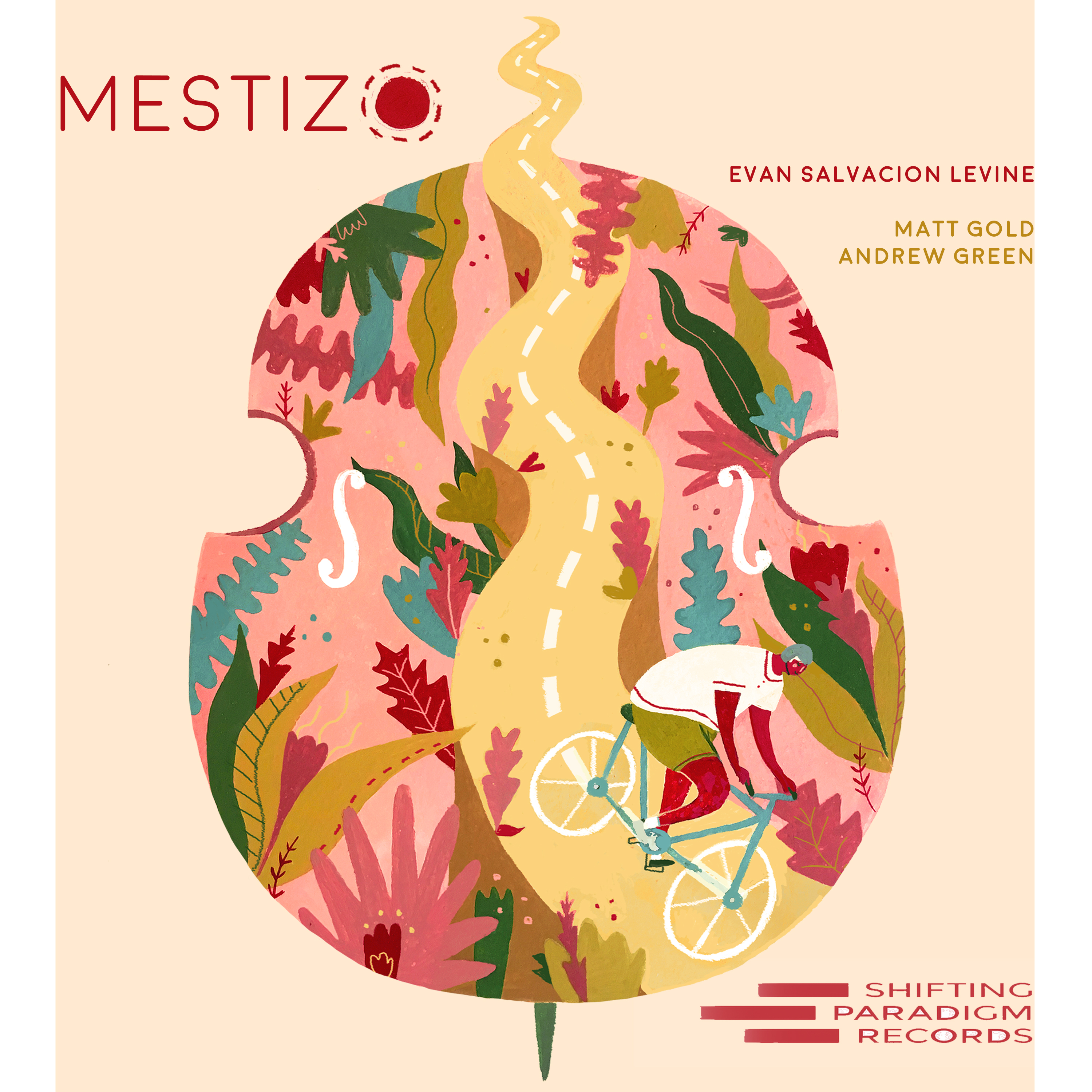 Shifting Paradigm Records is proud to announce the October 5th release of Mestizo, the new album from bassist and composer Evan Salvacion Levine. Mestizo, Levine’s sophomore release as a leader, debuts his new trio project, which features Matt Gold on guitar and Andrew Green on drums. This seven-track collection of originals – each penned by the Chicago-based musician – celebrates both his musical and cultural identity. By intertwining both, Levine has developed himself into a musician who, from the get-go, displays an open and accepting approach to varying and dynamic musical opportunities.

Growing up with a Filipino mother and a Jewish father, the Jersey-native truly identifies with the term “Mestizo”. Primarily used in Latin America and the Philippines to describe someone of mixed race, “Mestizo” assumes it’s own identity and means more to those who embody it than the sum of its parts, explains Levine. Mestizo/Mestiza people have their own unique experiences, cultures, opinion and appearances. With this term lending itself to the title of the album, the music heard on Mestizo perfectly mirrors Levine’s dynamic cultural background.