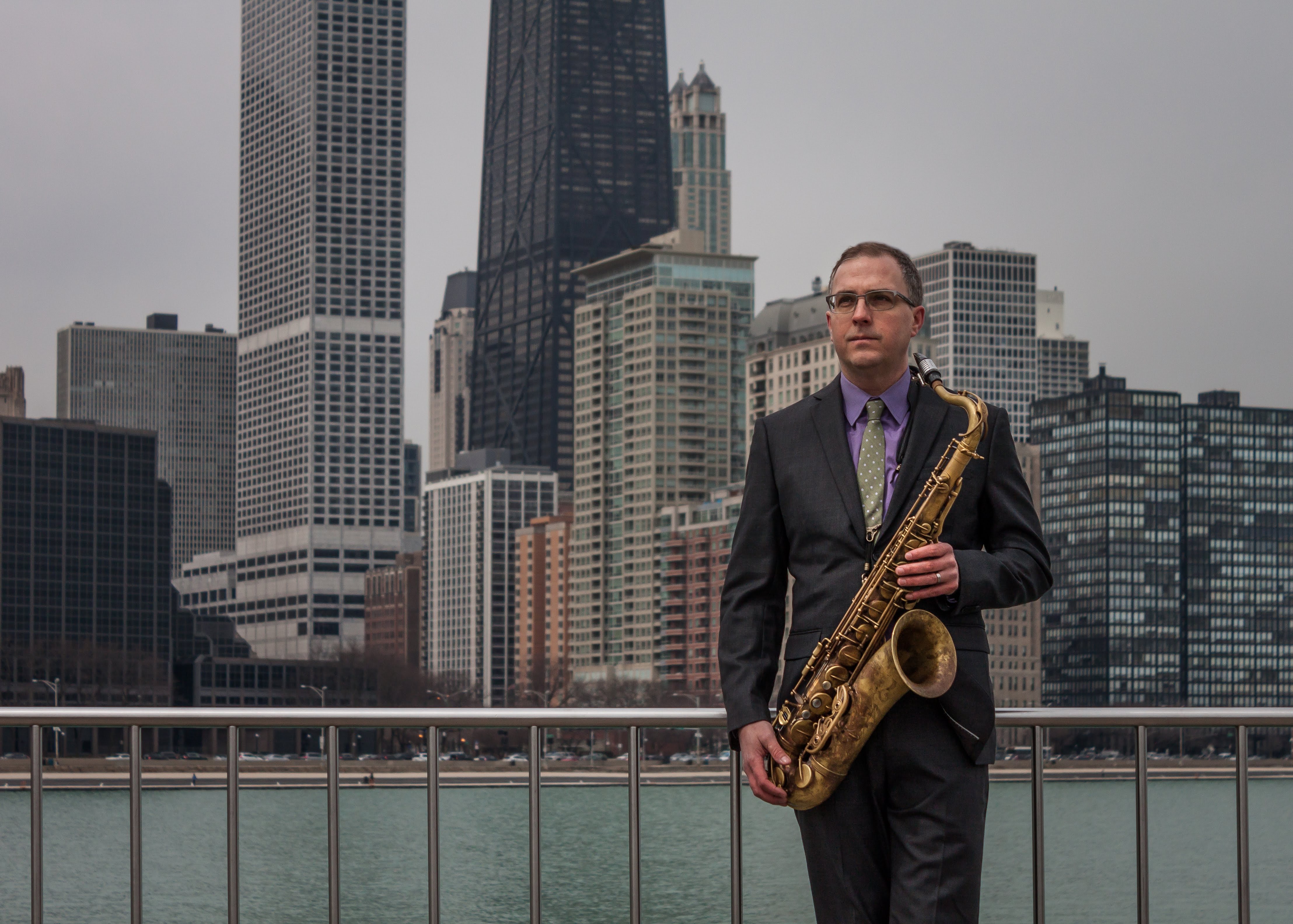 For this final review, I chose Geof Bradfield’s seventh album, as a leader, because his music obviously blossoms straight from the heart, like the title of this reviewer’s column. Using the supreme talents of several noteworthy midwestern musicians to explore and deliver eight of Bradfield’s original compositions, you will find this music inspirational and artistic. Each song and every instrument competently splashes color against a canvas of space, painting the music brightly and freely for our ears to digest. Jazz, being the music of freedom, is well represented on this album. Bradfield explains the title of his recording in the liner notes.

“Yes, and … takes its name from an improvisational theater game often implemented by the iconic Compass Players. … It requires you to believe that what you improvise is building on whatever everyone else is doing – even if the response is ‘Yes, and’ … it says here’s my contrasting response to that. I want to see people making some decisions. That’s what jazz is; that’s how my favorite players approach music.”
I should explain, that in 1955, a few blocks from the University of Chicago’s campus, two theater aficionados (David Shepherd & Paul Sills) launched a storefront theater ensemble they named The Compass Players. They were radical for that time and remain influential to this day.

Bradfield’s music ensemble on this production is radical also, sometimes reminding me of the Chicago Art Ensemble and at other times the recording is lush and full, sounding more like a big band than a small, nine-piece ensemble. This is particularly obvious on “Impossible Charms”, the fourth cut on this work of art. Anna Webber shines on flute during her solo on cut #6 titled, Anamneses. It’s fourteen minutes long, but I was never bored. There is plenty of improvisational spirit shown by these players and Geof Bradfield is an exceptional composer/arranger and reed man. No wonder that this project was commissioned by Chamber Music America’s New Jazz Works through the generous support of the Doris Duke Charitable Foundation. You can enjoy this ensemble up close and personal at the upcoming Chicago Jazz Festival on August 30, 2018 or simply pop this stellar recording into your CD player and musically embrace them at your leisure.