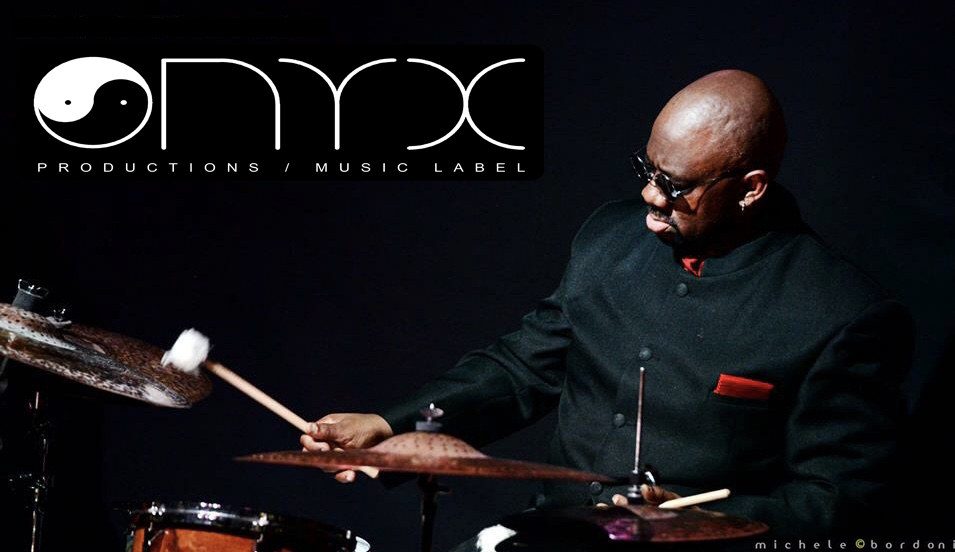 Aggregate Prime: Inward Venture: Alive Vol. 5 at the Side Door

Onyx Productions, the music label founded and spearheaded by iconic drummer, bandleader and Berklee professor Ralph Peterson, is proud to announce the release of two new albums this Fall: I Remember Bu: Alive Vol. 4 at Scullers, with the Gen-Next Big Band and Inward Venture: Alive Vol. 5 at the Side Door, with his acclaimed group Aggregate Prime. These two live recordings will be released in the midst of Art Blakey’s 99th birthday celebration this October. In conjunction these releases, Peterson’s Messenger Legacy Band will present a mini-series of concerts this Fall and take part in a live recording to be released in the Spring next year. The fourth and fifth volumes of his ‘Alive’ collection, these forthcoming albums showcase Peterson’s eclectic, wide-ranging musical palette as well as the power of Peterson’s personal perseverance after beating cancer twice.

After making their professional debut at Scullers in Boston in late 2017, the Peterson-led Gen-Next Big Band is now proud to release their debut recording  I Remember Bu: Alive Vol. 4 at Scullers, featuring fellow Art Blakey alum Donald Harrison on October 4th. Following in the Jazz Messenger tradition of mentorship, the Gen-Next Big Band features an exciting lineup of some of Berklee College of Music’s brightest young musicians and employs Blakey’s signature two-drummer format. “Back in 1983, Art Blakey called me to perform with the Jazz Messengers at the Boston Globe Jazz Festival. That concert was transformative in my life and now I have the opportunity to come full circle and extend that experience to these young musicians here.” To celebrate the release, the 20-piece big band will be joined by special guest trombonist Kuumba Frank Lacy at Scullers Jazz Club in Boston, MA, on October 4th.

Onyx Productions’ second release of the year is Inward Venture: Alive Vol. 5 at the Side Door, due out on October 17th with Peterson’s seminal group Aggregate Prime. This quintet features a who’s-who of modern jazz masters including Gary Thomas on tenor saxophone and flute, Mark Whitfield on guitar, Davis Whitfield on piano, Curtis Lundy on bass and Peterson on drums. A follow up to the group’s 2016 debut Dream Deferred, Inward Venture was recorded at the Side Door in Old Lyme, Connecticut earlier this year and showcases the exciting group at their most adventurous. “I am very excited about the progress of this band and this recording shows the immense potential and kinetic energy,” says Peterson. Aggregate Prime will present a pre-release concert on September 29th at the Beantown Jazz Festival in Boston, followed by a two-night official release celebration at the Jazz Standard in New York City on October 17th and 18th.

The last piece of the Onyx Productions trilogy concerns the legacy of Art Blakey. As the last drummer chosen by Blakey to play by his side in the Jazz Messengers, Peterson has a unique responsibility to carry on the Messenger torch and tradition. His Messenger Legacy Band features an elite line-up of Jazz Messenger alumni including Bobby Watson, Essiet Essiet, Geoff Keezer, Brian Lynch and Bill Pierce. The current Messenger Legacy configuration has deep roots: Bill Pierce and Bobby Watson were members of the Jazz Messengers when Peterson first sat in with the group and the final Jazz Messengers arrangement featured Peterson with Essiet Essiet, Geoff Keezer and Brian Lynch.

To commemorate Art Blakey’s 99th birthday, the Messenger Legacy Band will be performing on his birthday, October 11, at Scullers Jazz Club. The next two nights, October 12 and 13, will see the band perform at the Side Door in Old Lyme Connecticut. This performance will be recorded and released next Spring to coincide with a special performance at the Kennedy Center on May 31st.

In addition to the album releases and coordinating concerts, Peterson will also be touring throughout the season with his trio Triangular (featuring Zaccai and Luques Curtis), The Josh Evans Quintet, the Lainie Cooke Quartet, the Fo’tet  and others. See his full tour schedule below.

Peterson is also grateful and proud of the manner in which he has prevailed over physical and personal difficulties. He has lived his life “drink and drug-free” for more then 22 years now. He has survived colon cancer and Bell’s Palsy in addition to multiple orthopedic challenges.

In 2010, Peterson founded Onyx Productions Music Label and has released his own music on the label ever since.