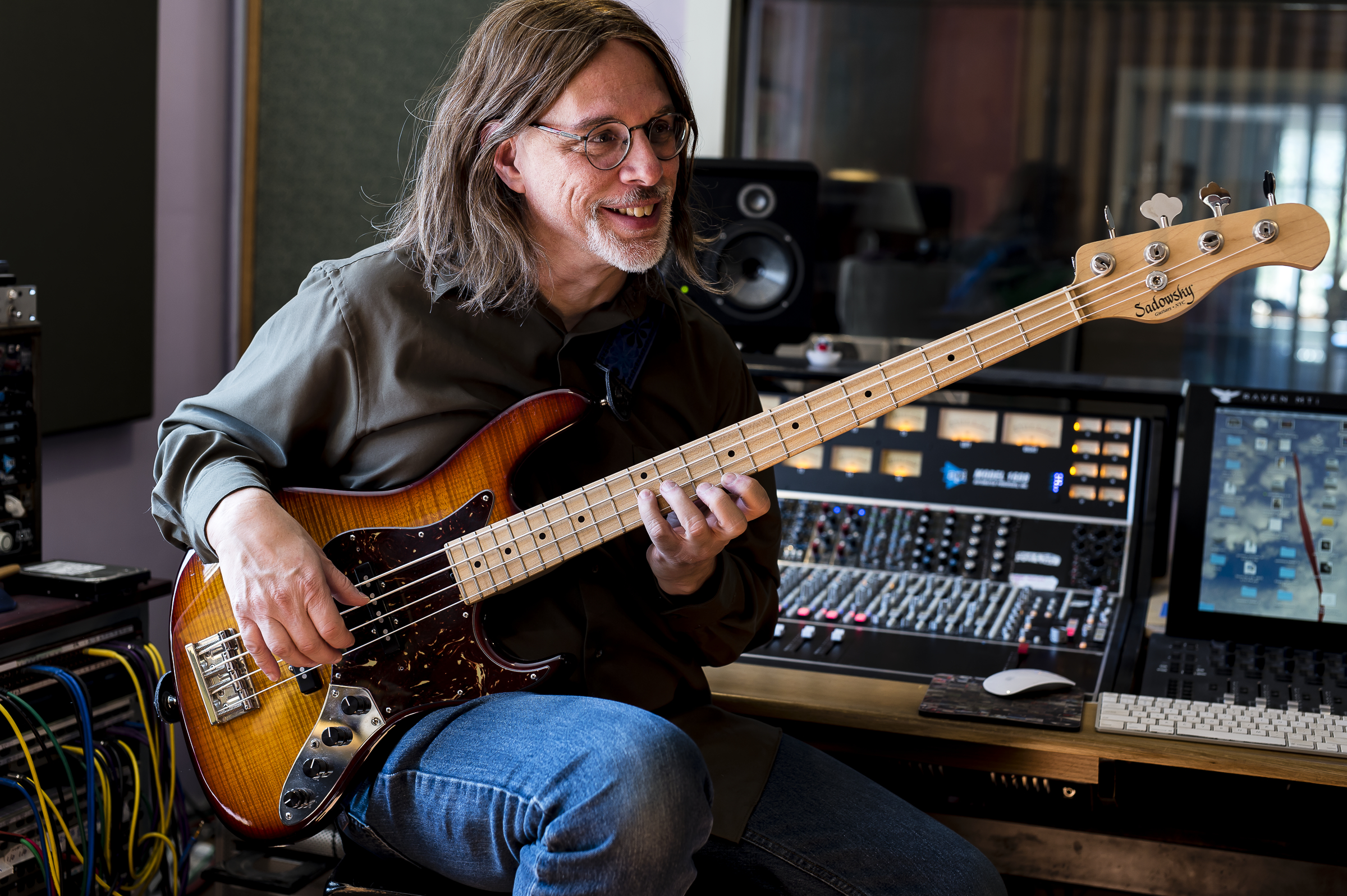 On Rainbow Gravity, an exemplary ensemble of friends and colleagues join together to perform new electric jazz.

Collectively, they have contributed to the execution and vision of this album in a way that, as Petito enthuses, displays “a true collaboration of spirit and skill”. Much of the music heard on this ten-track collection is reminiscent of that of the late 60’s and early 70’s: the electric experiments of Miles Davis on “In a Silent Way” and “Bitches Brew”, the energy and rhythmic complexity of the Mahavishnu Orchestra, Herbie Hancock, Chick Corea, Weather Report and so many more innovators who produced new sounds and techniques and so, influenced a generation of musicians to follow.

“Scott has assembled some of the finest creative musicians in the world to participate in this tour de force musical journey. Not only did Scott perform, record and produce this music but he also composed most of the songs. Check out his fine piccolo bass solos. This project is bursting with creativity.” – Mark Egan

The project takes its title from the rainbow gravity theory; a concept in quantum physics that contradicts the Big Bang Theory and instead, proposes that time stretches back infinitely and continues on endlessly.

As a musician and composer, Petito actively tries to create a sense of timelessness in his music- he strives to capture a moment or a feeling that might continue on forever. As Petito explains, “the experience of playing and listening to music can suspend us and yet at the same time sweep us away to new places with infinite possibilities. That relationship between music and our very essence of being, always struck me as the most human of experiences.”

“Scott’s compositions are perfect musical short stories with ingenious narratives that propel and animate his own virtuosity and that of his stellar companions.”
Michael Franks

Scott Petito is an award winning composer, producer and engineer. He is a gifted bassist and multi-instrumentalist who has performed on hundreds of recordings in many musical styles. Scott has become particularly well known for his work in the folk and jazz genres, working with such musicians as; James Taylor, Pete Seeger, The Band, Jack DeJohnette, Don Byron, Dave Brubeck, Chick Corea, Roy Haynes, John Scofield and hundreds of other leading musicians in jazz and popular music. Scott studied composition and arranging at Berklee College of Music in Boston. He has scored films for the BBC, Robert Redford and PBS. His productions have charted in Billboard Magazine and have received gold record honors. Scott composed the theme song for the NPR program “With Good Reason”. He is a member of the seminal political/poetic rock group The Fugs. For many years he toured and recorded with partner, Leslie Ritter. During this period of time, their recordings received worldwide acclaim. Scott’s ambient solo bass record, “Sbass Music” debuted at the top of the NAV Charts and has been played on over 450 radio stations in the US and abroad.