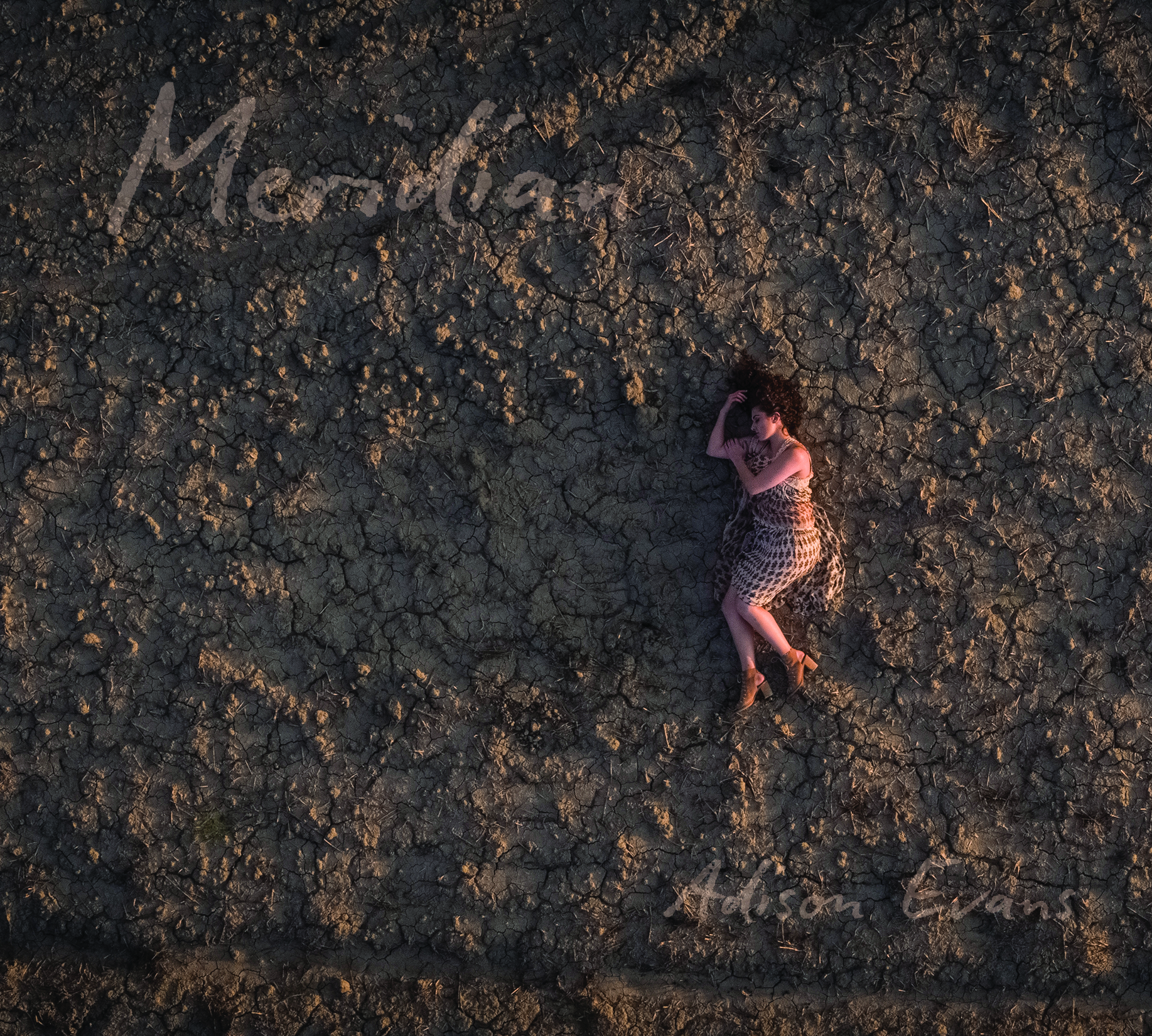 Baritone saxophonist Adison Evans returns with her second release as a leader Meridian, out TODAY, July 6th, 2018. After paying tribute to her musical heroes on 2016’s genre-bending debut Hero, Evans’ own compositions and musical prowess take center stage on Meridian over the course of dynamic tracks that are at once lively and pensive. Inspired by the Tuscan countryside Evans considers a second home, Meridian can be considered her love letter to nature. To celebrate the release of Meridian, Evans will be performing with her band on July 6 at the Deer Head Inn, Delaware Water Gap, PA. The saxophonist will also perform at Birdland Jazz Club in New York City on September 2 at 6:00 PM.

Joining Evans (who in addition to baritone sax offers her talents on bass clarinet and flute) is a stellar line-up of musicians including saxophonist Troy Roberts, who shares writing credits with Evans on four tracks, trumpeter Matthew Jodrell, pianist Silvano Monasterios, bassist Joseph Lepore, drummer Roberto Giaquinto and on select tracks percussionist Jeremy Smith and clarinetist Vasko Dukovski. Mixed by Rozhan Razman and mastered by Dave Darlington, the music heard on this aptly titled sophomore album is inspired by the feeling one experiences whilst standing alone in nature, breathing in fresh air, feasting the eyes on wonders of the earth, reflecting, and recharging from the chaotic world we live in.

In 2014, Evans brought two and a half very busy years of touring with both Beyoncé and Jay Z to a close in Paris. Upon doing so, she realized that the bustling, chaotic energy of New York City did not present the most apropo return destination for her. In the interest of wanting to be able to speak another language fluently, Evans made the brave decision to move to Asciano, a small countryside village atop a hill outside of Siena in Tuscany.

Upon arrival, Evans opened the front door of the farmhouse she had retreated to, looked out among the eternally rolling hills peeking through the early morning fog, and taking a breath of fresh air, felt as though she had walked into a dream. “I knew I was exactly where I needed to be”, explains the 27-year-old Juilliard graduate.

Album opener “Meridian” is a brief yet pensive piece, which conveys the power of strong melodies, particularly when they are repeated and developed. For Evans, simple and effective melodies like this create cohesiveness and for her, a particular sense of meaningfulness.

“It is an opening statement to the album that focuses on the connection of the group as a whole, and achieves energy and depth through dynamics, sound, and nuance. This song is a loving reminder that we are all connected, to the earth and to each other.”

Track 7, “Monkey Mind” is a composition that reflects upon the incessant chatter that can so often occupy our brains. The middle section of the piece then opens up to display a moment of clarity and resolve, only to be greeted one more time with the ostinato bass pattern and driving drums in which our monkey minds activate once again.

“Komorebi” continues to ponder upon that feeling one gets whilst standing alone in nature, simply being. “Komorebi” is a Japanese word that does not directly translate to English, but is best described as the way sunlight filters through leaves of trees. Monasterios and Roberts take such beautiful, lyrical solos that float the listener through the first half of the piece. The band as a whole bring this piece to life by shaping the different sections of the song to create a wave effect; similar to trees swaying in the wind. “This song is really like a sunlit adventure through nature.”

“Owl People” is a quirky tune that Evans co-wrote with Roberts. With the bassline and melody for the first section of this piece drawing inspiration from John Scofield, Roberts then took this opening section and created a contrasting bridge.

“Troy and I wrote the song first and we wanted to match a quirky and mysterious tune with a similar title. We each came up with a list of keywords and put them together..Owl People! Who these owl people are and what they are like, we like to leave up to your imagination as the listener.”

Meridian reveals a new side to the visionary instrumentalist; one that displays her appreciation for nature, her surroundings and most importantly her connection to these elements.

“My compositions and the way that I play are inspired by the way the grass feels beneath our barefeet, the way the sunlight filters through leaves of the trees, the energy in which the wind blows, the amount of excitement and uncontrollable laughter I experience whilst jumping into the mediterranean sea.”

Evans combines pure excitement with a soulful saxophone sound and a contagious smile to create one compelling performance after another. Adison sealed up 2017 with her debut on stage on Broadway in “Home for the Holidays” at New York City’s historical, August Wilson Theater. She has shared the stage with several legendary artists including Beyoncè, JayZ, Stefon Harris, Christian McBride, Terence Blanchard, Wynton Marsalis, Demi Lovato,Trisha Yearwood, Nicki Minaj, and many more. Evans made her debut in the pop world playing in the 2013 Superbowl with Beyonce. Upon graduating from the Juilliard School, Adison embarked on a two and a half year adventure playing and touring with Beyoncé in the “Mrs Carter Show World Tour” followed by Beyonce and JayZ in the history making “On The Run” Tour. Adison can be heard on the album that crashed iTunes, “Beyoncé” and seen in many of her music videos including “Countdown”, the HBO Beyonce specials, and Beyonce dvds.