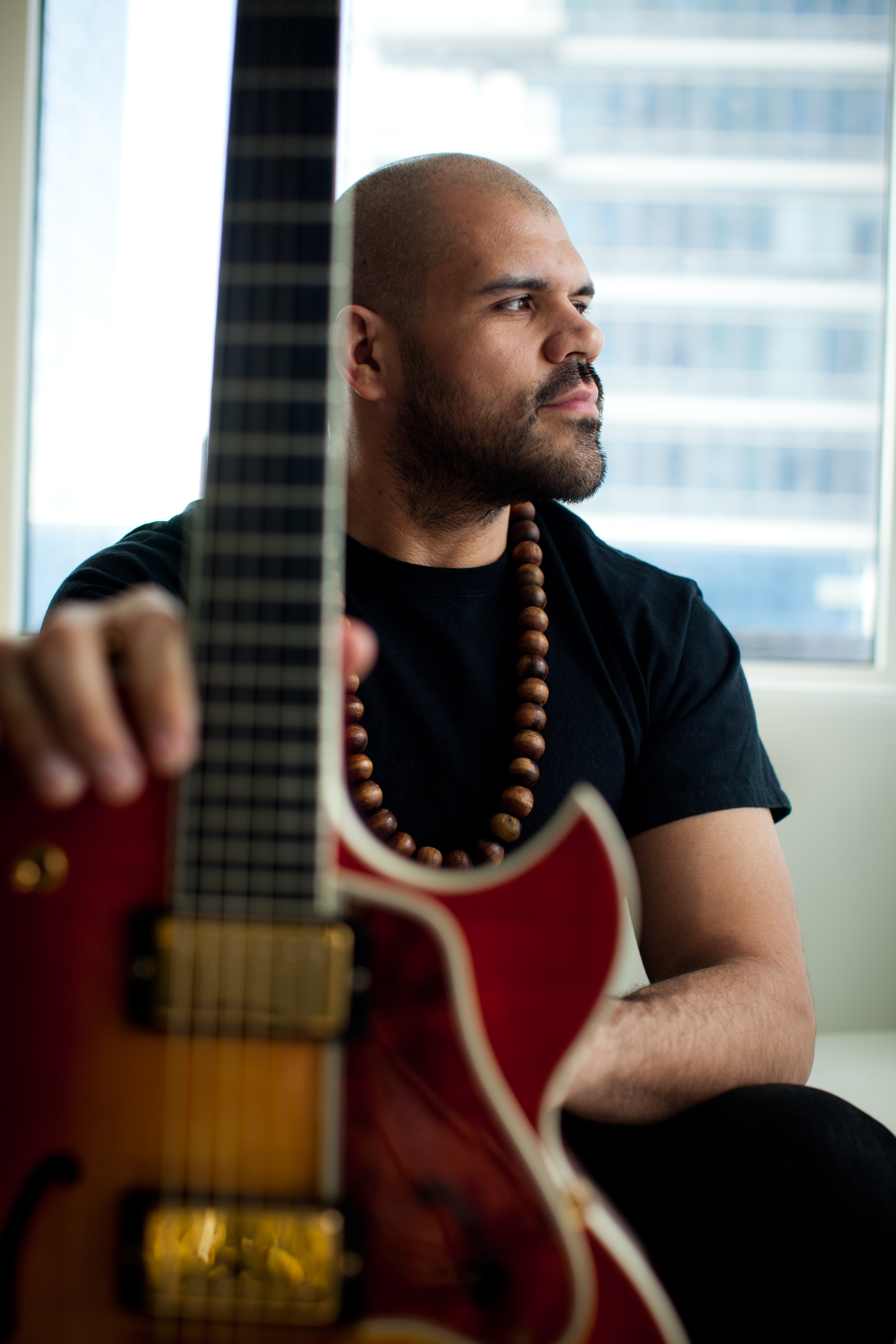 Adi Meyerson – Where We Stand

This is the premiere album release for Adi Meyerson, composer and bassist. She has composed all of the music, a labor of love for the past five years, that reflects her life in New York City and celebrates the legacy of her father who left this earth too soon.

“Rice & Beans” is the opening tune and begins a journey of Straight-ahead jazz. Her ensemble is cohesive and they present her original compositions with energy and swing. The second cut on this album, “A “D” Train” continues to race with Freddie Hendrix on trumpet and Joel Frahm playing saxophone and taking time to call our attention to their talents with ample solos. I’m impressed with Meyerson’s composition skills. She writes beautifully. The third song that is called “Eunice” finally let’s me hear Adi Meyerson play her double bass. I thought she was mixed too far down in the former two tracks. Now she is solo and out front where she belongs. The tune begins without accompaniment. It’s bass a’Capella for several bars, until she sets down a deep blues groove. That’s when Mike King enters on piano. Next the two horns join them, playing a very modern jazz melody on top of a blues shuffle bass line. Several bars later, we are all the way into the blues, with Hendrix stepping out front to serenade us once again on his fluid trumpet. “Little Firefly” features Camila Meza on vocals. She’s also a fine guitarist. I’m a “Hard Bop” kind of girl and this album hits a spot dead-center in the pit of my heart and soul.

“Africa” is a composition by Flavio Silva and opens his second album release titled, “Break Free.” Silva is a jazz guitarist who blends together African, Afro Brazilian and World Music to take the listener on a cultural and adventurous musical ride. Silva’s music has contemporary overtones. On the very first number, the guitar sets up the groove with a beat pattern calling to mind a Temptation’s R & B tune. But believe me, Silva is jazz all the way. No compunction. The expressive tenor saxophone solo by Seamus Blake quickly lifts this tune to another level, with Curtis Nowosad on drums, spinning the rhythms around and around like the propellers of a jet plane. He sends the group flying! The drums are paramount in tying this ensemble together and are prevalent in ‘the mix’. Flavio Silva plucks his guitar strings to regain our attention and then improvises around the melody with short spasms of string energy. Silva has composed seven of the eight songs on this album and arranged one cover song by the great Brazilian vocalist/composer, Chico Buarque titled, “Samba e Amor.” Silva’s “Royal Song” features the scatting skills of Michael Mayo on vocals. The melody is complicated and challenging. Mayo makes the intervals sound easy and fluid. But after a while, I want to hear some lyrics. I want to know the story behind the “Royal Song.” Silva’s original song, “Prayer #2,” is another one of my favorites on this album. The unique drum groove adds to the interesting melody. Special guest, James Francies, spiced the production up with his piano solo on the title tune, “Break Free”. All in all, here is a debut recording by a talented young guitarist on the scene who offers his original composition skills as an additional gift to the listener.

The first outstanding statement I hear on this CD is by pianist Sam Javitch. His solo on “The Pitch to Rich” races out of the gate right after Rich Perry,on tenor saxophone, establishes the melody. This pianist is someone to watch and enjoy. He’s assertive on his instrument and unafraid to color outside the proverbial lines. As a student of Mulgrew Miller, James Weidman, Harold Mabern and Cecil Bridgewater, you would expect nothing less than this musician’s dynamic approach to the keys. His compositions are melodic and interesting. This album is a tribute to the many people and places that have helped to shape him into the musical person he is today. He has written “Lifted: A Song for Grew and Those Who Knew” as a nod to his mentor, the late, great Mulgrew Miller. It’s plush with gospel chords and emotion. “Level Up!” is another one of my favorite tunes on this production of fine music. Javitch raises the bar and picks up the tempo, exploring the upper register of the piano and punching the chordal rhythms appropriately with his left hand. Matt Niedbalski pushes the rhythm with flaming drum sticks and Adrian Moring locks his bass into the mix. When Rich Perry enters with his rich tenor saxophone sound, the composition is expanded with the fury and freedom that jazz can sometimes inspire. This is a great song. Sam Javitch began to study piano at age three, after it was recognized that he not only had a keen interest for the instrument, but also that he had perfect pitch. He’s a familiar presence on the New York contemporary jazz scene.
Rich Perry adds excitement and innovation on his tenor saxophone. Bassist Adrian Moring and drummer, Matt Niedbaski studied at William Patterson University with Sam Javitch and one of their favorite professors was Mulgrew Miller. They bring a commonality and a hunger for jazz excellence to the bandstand. This is a young and thriving quartet who each obviously bring their heart, soul and talent to the music.