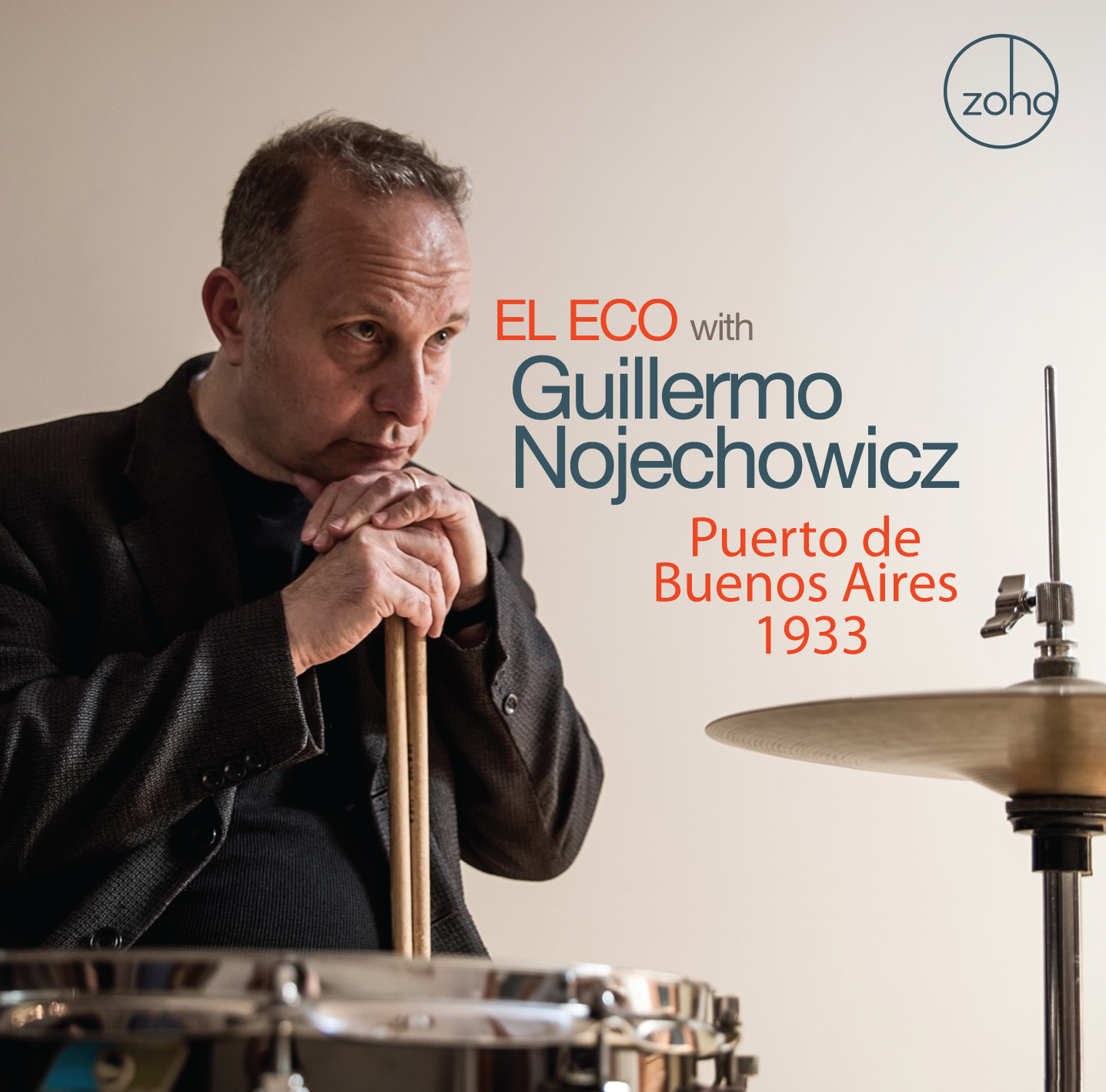 Troy Doster, All About Jazz

In 1933, Europeans were only beginning to understand the horrors that the Nazi regime would bring to the continent. But already at that early stage, Jewish communities reacted with alarm to Hitler’s rise to power—and many consequently made the decision to emigrate. One of the most common destinations in the Western Hemisphere was Argentina, which had served as a haven for Jews escaping European persecution since the sixteenth century. It is against this historical backdrop that Argentinian drummer Guillermo Nojechowicz composed most of the music on his latest release, Puerto de Buenos Aires 1933. The album is a tribute to his grandmother, who fled Warsaw in 1933 with Nojechowicz’s father, then a young boy, to settle in Buenos Aires. Fortunately, Nojechowicz’s creativity as a composer and bandleader is on full display, as the music gives ample voice to the human resilience that is its inspiration.