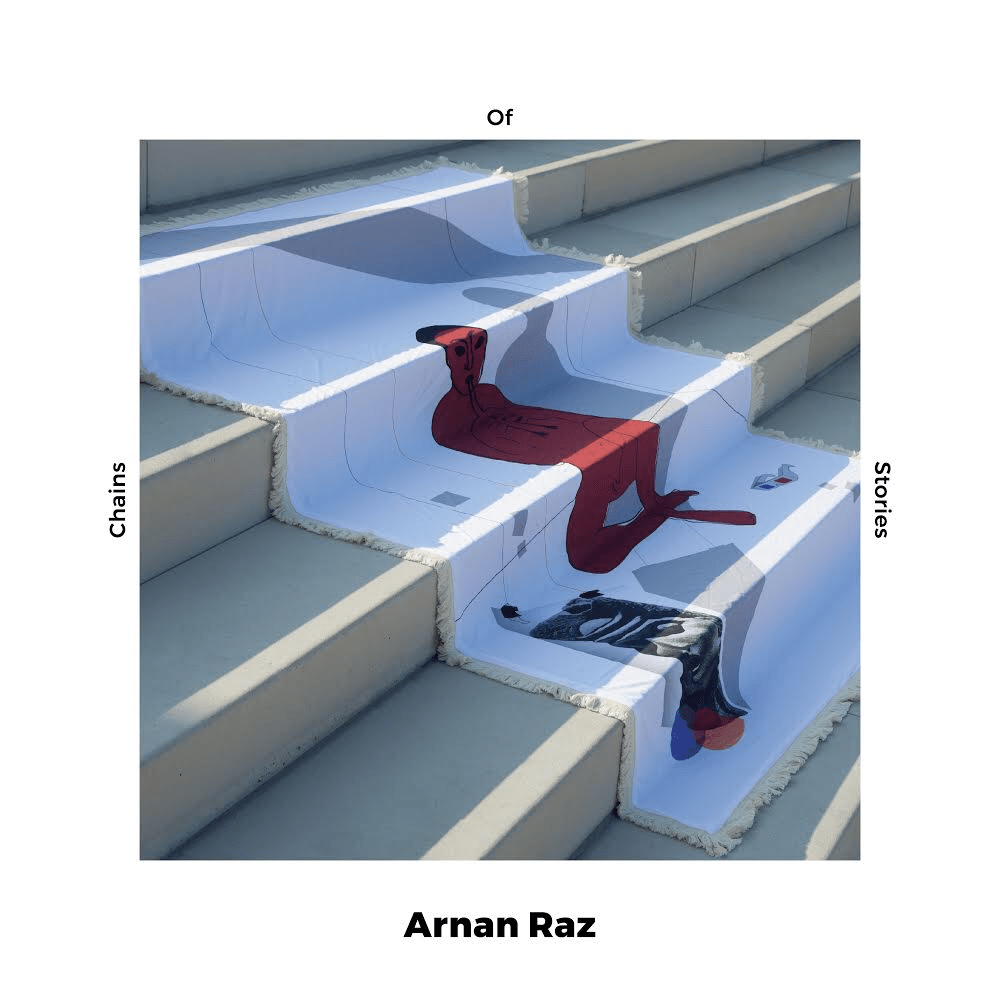 As is often the case, the path leading up to Arnan Raz’s sophomore album Chains of Stories was circuitous. Born in a small village in the north of Israel, he began playing tenor sax at the age of thirteen; five years later, he joined the prestigious Israel Defence Forces Orchestra at whose army-training base he met his current bandmates: alto saxist Eyal Hai, pianist Daniel Meron, drummer Dani Danor, and bassist Tamir Shmerling. Though they parted ways, with Arnan staying in Israel to study at the Jerusalem Academy of Music and Dance while his IDFO colleagues traveled to Boston to study at Berklee, they reunited in New York when Arnan made a similar cross-Atlantic move following graduation. Fast-forward to early 2016 when the quintet’s debut, Second to the Left , appeared, and here now’s the sequel, a thoroughly beguiling set of melodic jazz featuring eight Raz originals and one by Shalom Chanoch.

A few things help make Raz’s outfit stand out, the double-saxophone front-line for starters. It’s hardly the first time the idea’s been used: Ornette and Dewey Redman, Coltrane and Cannonball Adderley (in Miles’s band), and Greg Osby and Steve Coleman (in Strata Institute) are well-known pairings that preceded Raz and Hai’s, and no doubt others will follow. But if the concept isn’t new, it sounds great nonetheless. Something else that recommends Raz’s approach is the balance he achieves between structured composition and improvisation; there’s soloing aplenty, but it emerges organically from formally composed material. Finally, there’s an irresistibly melodic dimension to these tunes that significantly enhances the album’s appeal. While it would be misrepresenting the material to call it jazz-pop, there’s no denying Raz’s singing melodies engage with the kind of immediacy one associates with pop music. The material’s fundamentally jazz, of course, but R&B, pop, and funk figure heavily.

The pairing of the saxophonists is heard to magnificent effect on the opening title cut, especially when their unison lines feature the two harmonizing deliciously. In other moments, one responds to the other, and at other times both solo simultaneously, all such conversational moves executed in a manner sensitively attuned to the melodic character of the composition. The contrast in timbre between the tenor and alto lends the loping swing of “We Used To” extra appeal, never more so than when the two take exuberant solo flight during its second half. “Two Worlds One Soul” and “Soul Talk” offer wonderful opportunities for that contrast to play out, with the differences between Raz’s muscular tenor and Hai’s feathery alto easy to hear during their many interactions.

Raz’s melodic gifts are in full display during the romantic ballad “Her Story” when the saxes voice the tune’s sultry themes, their purring utterances nicely supported by the fine contributions of the other three, Meron’s sparkling triplets complemented by Shmerling’s acoustic bass and Danor’s brushes. Though the three certainly distinguish themselves throughout the recording (witness, for example, the pianist’s elegant intro to “His Story,” a stirring pas de deux with the leader), Chain of Stories is largely Raz and Hai’s show and as such is a recording tailored with the saxophone lover in mind.