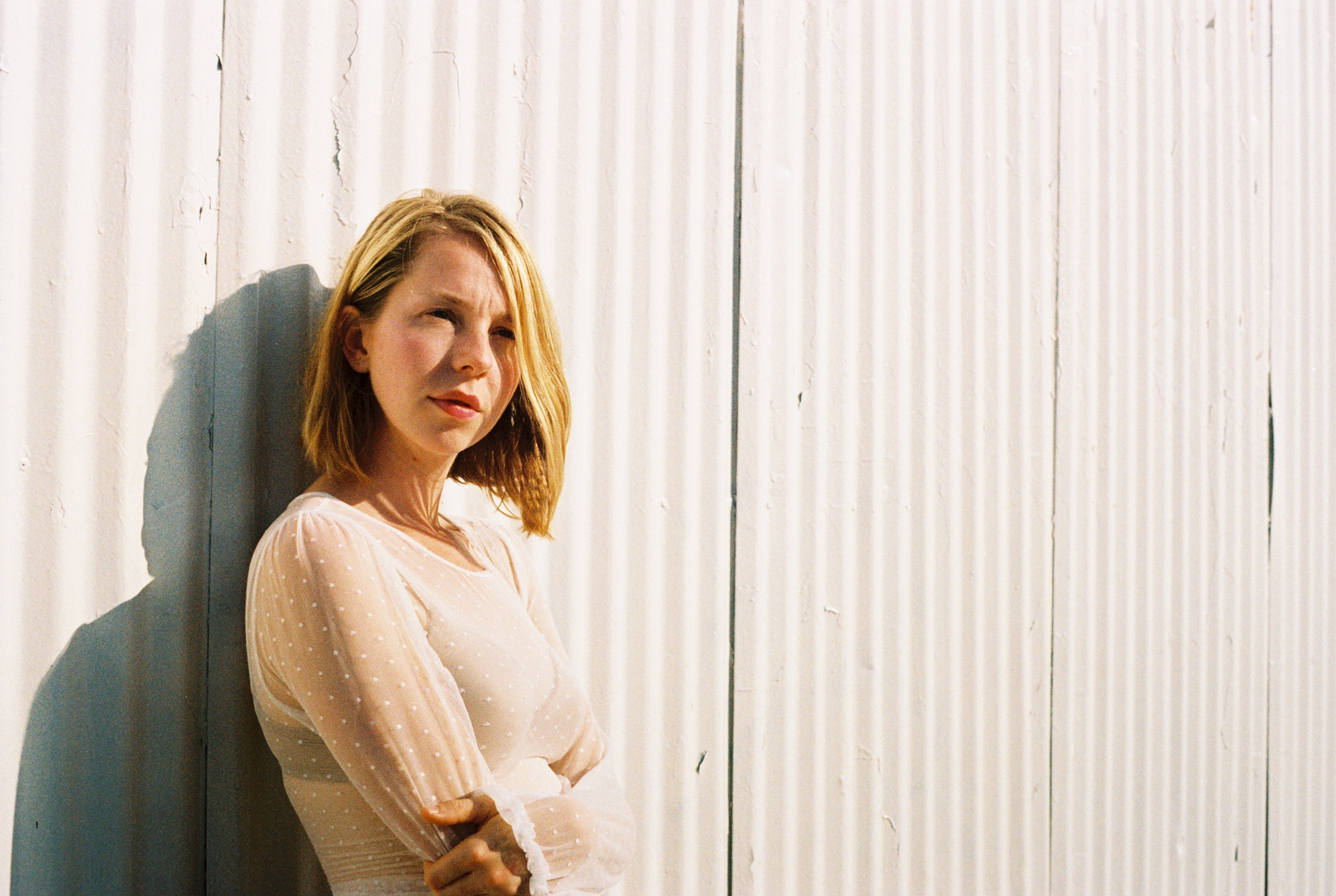 Two hours before Emma Frank’s show and release party at Rockwood Music Hall, she narrated a Hudson sunset through song.

Well, not literally; figuratively, as I streamed her most recent album, Ocean Av (the E of Ave is not included) and watched the sun fade into New Jersey haze.  And while the Hudson is not necessarily an ocean, the soothing tones of Emma Frank can provide a soundtrack to many a scene.

Frank’s music is what I call “phone call music,” and I mean that in the best way: It’s the background music you put on when you have phone call with your family.  Emma Frank’s songs are the ones you might select for the background music in a television scene or choose as your  soundtrack to writing a paper.  It was the soundtrack to this article.  It’s a tone setter, and it’s a sunsetter.

New York looks good on Emma Frank.  Ocean Av is her first recorded effort since relocating from Montreal, and her style and performance seem to have absorbed the transient nature of New York City.  That’s what we do here in New York, of course:  we float, we glide, but we never truly land.  Just like the jazz genre, we can be freeform and we don’t have to stay in one place.  Even Rockwood Music Hall, both a staple for songwriters passing through and a rite of passage for local musicians, has a steady stream of fliers, with the exception of the residency.

Mathematically, Frank’s music feels like half Vienna Teng, a quarter Deb Talan, a dash of ‘80s era jazz-influenced Joni Mitchell, and then a little bit of something else entirely.  That unique combination, created with a talented band including pianist Aaron Parks, was presented to a full house at Rockwood in celebration of Ocean Avon Sunday, February 18.

In her music, Frank launches into tricky and ambitious switches, which like her style, sometimes float and sometimes land.  The best performances of the evening involved just Emma and Aaron as the Rockwood Steinway invited us in and Emma’s airy vocals filled up the rest.  It aimed to be the physical representation of Emma Frank’s favorite tune “Magnolia” when she sings “love filled up the room.”

Earlier, as her voice floated over the Hudson during the song “Enough,” Frank lyrics state “I may be too late to get where I’m heading.”

But in New York, we know it’s never, ever, too late.