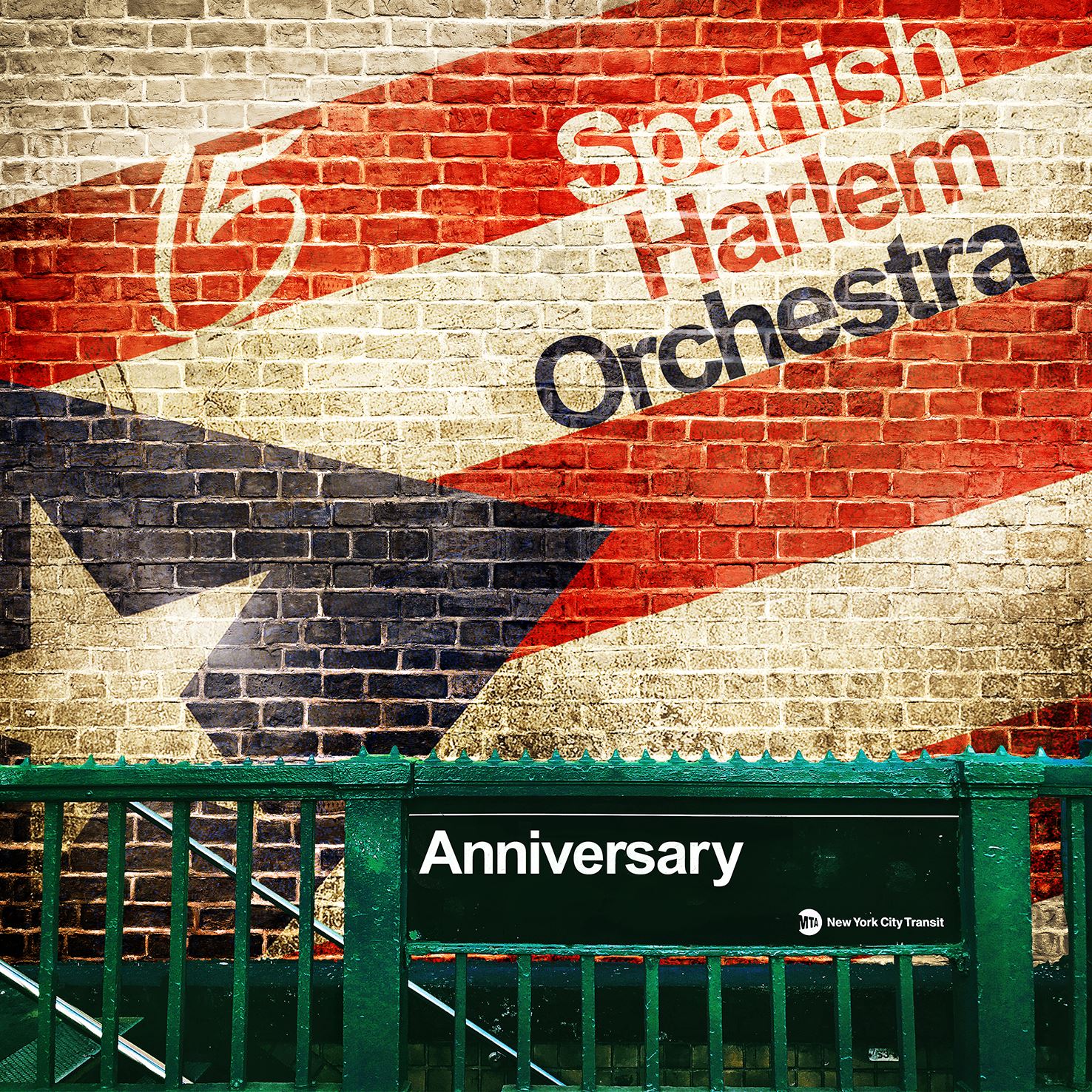 In celebration of their 15-year anniversary, 2x GRAMMY® Award winning Spanish Harlem Orchestra is proud to announce the release of their aptly titled sixth album Anniversary due out on April 16th on ArtistShare. On Anniversary the powerhouse 13-piece all-star salsa big band demonstrates why they are the “the leading light of the salsa reconstruction movement” (Newsday) by doing what they do best: hard-hitting, no-holds-barred New York salsa that is both contemporary and reverent to its rich musical history.

Along with showcasing the vocal prowess of long-time members Marco Bermudez and Carlos Cascante, Anniversary displays the talents of one of Latin music’s most promising up and coming stars in vocalist and flutist Jeremy Bosch. On his recording debut for SHO, the 27-year-old talent contributes, in the words of Hernández, an “instant new dynamic and energy to the band”. One of Bosch’s brightest vocal moments can be heard on the album’s second offering “Yo Te Prometo” and his virtuosic flute playing can be heard on “Goza El Ritmo”.

While SHO’s previous album featured jazz greats Chick Corea and Joe Lovano, Anniversary allows the band to speak for themselves over the course of 12 lively tracks. Standout moments include the album opener “Esa Nena”, which swings to no end while highlighting SHO’s signature sophisticated arrangements, and Hernández’s “Goza El Ritmo”, which will instantly bring listeners to their feet. Other noteworthy flashes include three modern arrangements of salsa classics: the bolero “La Media Vuelta” is reworked in a salsa style featuring 3-part harmonies and a simmering brass section, while “Y Deja” (Ruben Blades/Willie Colon) and “Guaracha Y Bembe” (Joe Cuba/Cheo Feliciano) are given contemporary updates with a fresh flair.

Produced by Hernández and co-produced by SHO trombonist and 2018 GRAMMY® Nominee Doug Beavers, Anniversary builds on the dynamic legacy built by their previous five releases, which have garnered four GRAMMY® nominations and two wins (in 2004 for sophomore album Across 110th Street and again in 2010 for Viva La Tradicion). Considered “virtuosic journeymen who are one of New York’s great musical resources” (The New York Times), SHO has expanded greatly from their home turf of Harlem to some of the world’s premiere stages including the Sydney Opera House, the Playboy Jazz Festival, Carnegie Hall, and many others.

To celebrate the release of Anniversary, Spanish Harlem Orchestra will be performing on Wednesday, April 4th, at Le Poisson Rouge located at 158 Bleeker Street in New York City.

More information, including booking, can be found at www.spanishharlemorchestra.com.