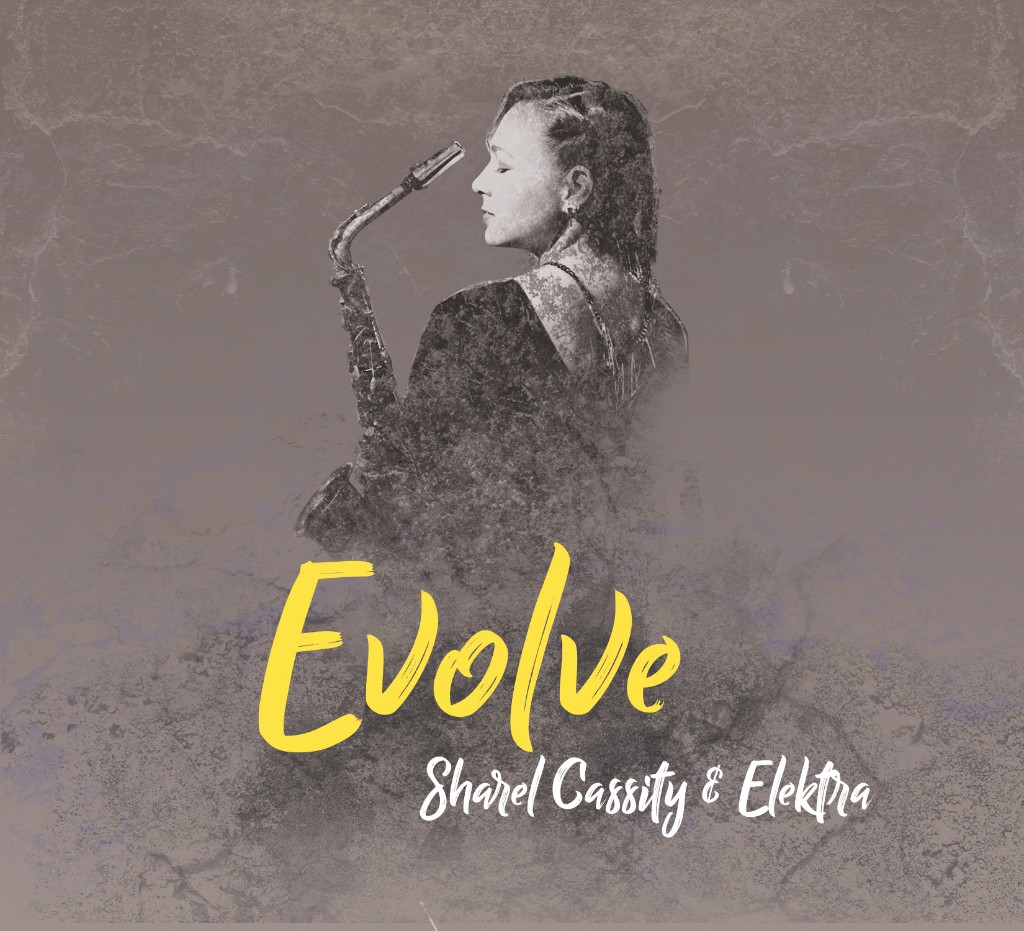 Saxophonist and bandleader Sharel Cassity is proud to announce the release of her fourth album as a leader and the debut release from her ensemble Elektra, Evolve. Comprised of a rich sonic landscape ranging from soul and jazz to rock and electronica Elektra’s mission is to create groove based creative music that appeals to a modern audience. Cassity’s material for this project includes both original music as well as crafty reincarnations of popular songs. Elektra includes some of the most renowned musicians in the industry today including trumpeters Ingrid Jensen, Marcus Printup and Freddie Hendrix, bassist Linda Oh, guitarist Mark Whitfield, pianists  Miki Hayama and Richard Johnson, vocalist Christie Dashiell, drummers Jonathan Barber and Lucianna Padmore and harpist Riza Printup. Evolve is indeed a celebration of evolution, and Cassity, with the help of this melting pot of talented musicians, delves into three separate stems of this particular subject. Showcasing a collection of artful originals and reimagined compositions by Alicia Keys and Bjork, Cassity confronts the evolution of music, her own personal and artistic evolution and a push for evolution of the social climate (race and gender) in the United States.

From performing with jazz fusion big bands such as the Revive Big Band led by Igmar Thomas and Nicholas Payton’s Television Studio Orchestra, to recording with folk singer Natalie Merchant to listening to Roy Hargrove’s RH Factor, Kenny Garrett, late Miles Davis, A Tribe Called Quest, Q Tip, Bjork and Robert Glasper, Sharel Cassity, throughout her decade-long career, has been exposed to an array of inspiring influences. Upon realizing that by continuing to only pursue traditional jazz, she would never totally fulfill her own abilities, Cassity began creating modern, relevant music that although still rooted in the rich jazz history, was innovative, creative and evolutionary. “I had to be honest to all of the music that had influenced me, that made up who I am in this day and time,” explains Cassity.

Simultaneously, she also became aware of the fact that she had subconsciously classified herself as a “musician, a saxophonist” and now desired to explore every other potential pathway she could take, away from solely being a performing musician. She says, “I realized that I could create in any direction that I wished, go where I wished, do what I wanted–and that music would always be there no matter where I went.”

Following a performance alongside Herbie Hancock and Jimmy Heath, Cassity recorded Evolve the next day and that night flew to the middle east to perform at Jazz @Lincoln Center Doha and teach at Qatar Music Academy. Being away, building a new life with her husband and starting a family fueled more of her creativity than she had ever expected.

Many of the songs on this album are anthems and prayers for change, love and hope, and so highlights the evolution of the current social climate. Cassity stands against any form of racism hate, discrimination or negativity and continues to hope for a universal agreement and unity on this particular stance. “Armed with information from our elders, paired with our own creativity, musicians have a responsibility to create music that reflects and reaches listeners in the current world we live in,” says Cassity in Evolve’s liner notes, adding, “I want to put out music that encourages the world to fight against that; to encourage people to dream for better, because there is always better.”