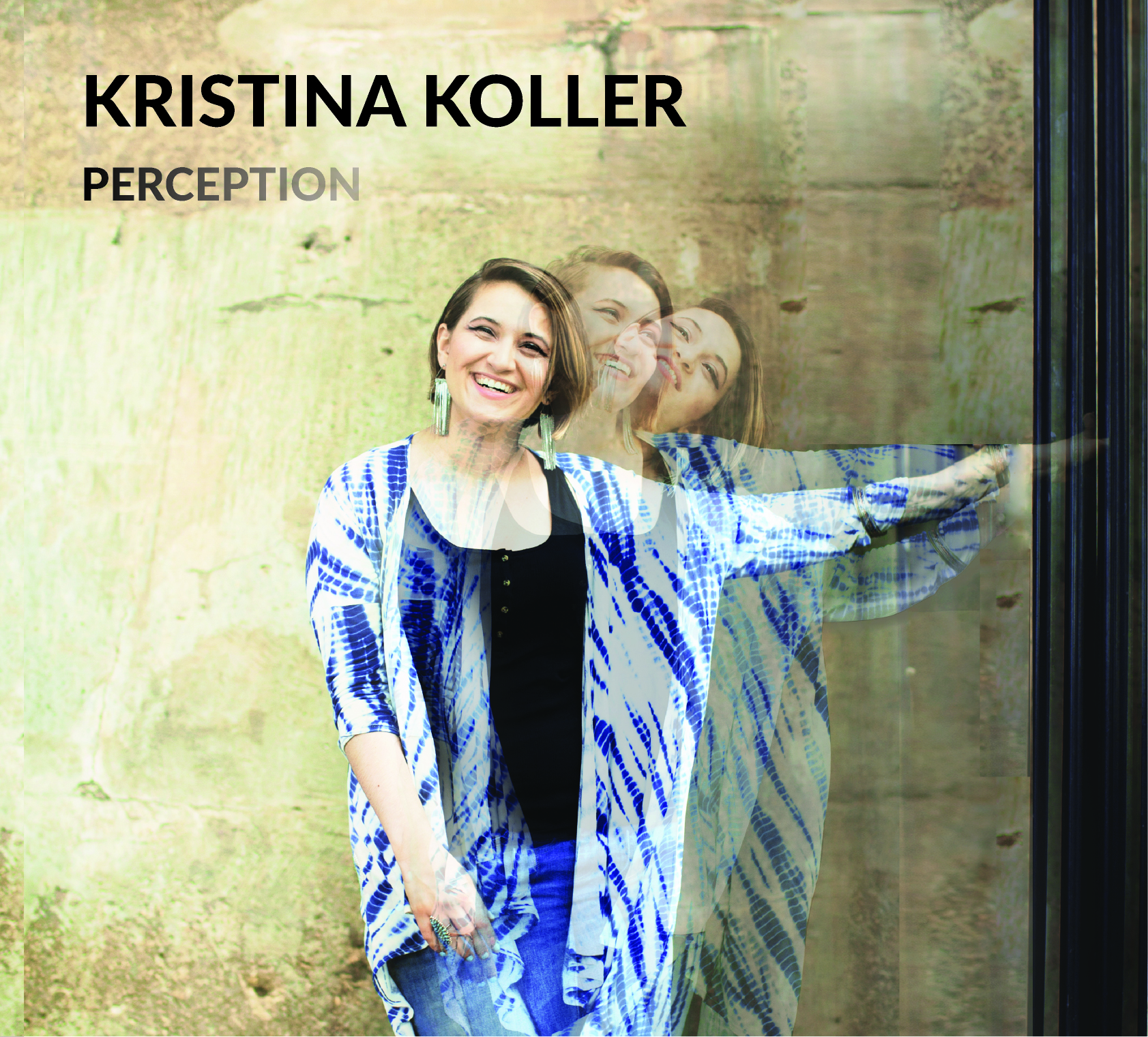 Accomplished, New York-based, vocalist, composer and arranger Kristina Koller is proud to announce her arrival with the January 19th release of her debut album “Perception”. The 23-year old steps into the spotlight with this 12-track compilation of deftly composed originals and reimagined gems, carefully selected with the thematic focus of love and relationships at the forefront of each. With the help of her talented and tightly-knit trio, which features Fima Chupakhin on piano, Chris Talio on bass and Joe Spinelli on drums, Koller also presents a snapshot of the self-development she has recently experienced as a singer, songwriter and arranger.

“Perception” includes eight covers ranging from the era of ’30s Tin Pan Alley (“Blame It On My Youth,” “Nice Work If You Can Get It,” “You Go To My Head”) to ’00s pop (“I Miss You,” “Skinny Love”). In this sense, Koller really can be perceived as both a timeless and contemporary jazz vocalist. Regardless of where exactly each tune fits into the historic timeline though, these 12 individual tracks all tell different stories of love and relationships, and in turn, provide disparate perceptions of such experiences. Teaming this array of classics with her own confessional and emotionally honest lyrics, “Perception” certainly packs a hefty emotional punch. Although Koller, of course, has a specific and personal meaning attached to each recording, she wants her listeners to interpret each song in their own individual way.

“I want people to figure out for themselves what is the style of music, without labeling

anything. That’s one reason why I picked Perception as the title.”

The album title also implies the nostrum that first impressions matter—you only get one chance to release a debut CD. When faced with this challenge, some choose to display a variety of music genres and styles, and others decide to put their best foot forward and play what they know best. In contrast to these two approaches, Koller decided to showcase the self-development she has experienced in recent months, not just as a vocalist, but as a composer and arranger. Originally, Kristina intended on displaying a collection of straight-ahead jazz compositions. However, since mid-2016, Koller has been recording and producing a number of vignettes – viewable on her website and on Youtube – simply titled “Sessions”. For each episode, she placed herself in duo, trio, quartet or quintet configurations, some with musicians she hadn’t previously played with, all comfortable navigating multiple genres. With their input, Koller created arrangements on the spot, jam session style, and through the performance of each, the beguiling vocalist discovered and developed her own distinct sound and style.

Now, knowing the approach and result she wanted to apply and achieve,  respectively, Koller assembled a trio of respected musicians, who undoubtedly, helped her realize her aspirations for this debut release. Koller explains that pianist Chupakhin, “has a good ear for where the chords should be voiced, which I’m very particular about.” She praises Talio for “being able to lay back on the beat and feel the groove,” and Spinelli for “having a good pocket and also being able to swing really well.”

Not coincidentally, Koller’s process of self-discovery transpired after she graduated from the jazz program at The City College of New York, where mentors included such exemplary singers as Carolyn Leonhart and Charenee Wade. Another mentor, via master classes, was Cyrille Aimée, who produced two of the songs contained herein. Other influences include Nancy Wilson (“I love her song choices, and the way she always tells a story—she’s not just singing to sing”), Anita O’Day (“her great sense of rhythm”), José James (“I’ve seen him a few times, and each performance was completely different musically”), and Gretchen Parlato (“she finds ways to add vocal percussion and other sounds to her arrangements”), as well as Robert Glasper and The Bad Plus (“for pushing the limits of jazz with various re-harmonizations and unique arrangements”). Although Kristina certainly wears her influences on her immaculately tailored creative sleeve, she knows that adding to the legacy of jazz is much more important than merely recreating the performances of others. She actively points her creative compass in the right direction, by reinventing classics, while still retaining their essence.

Growing up just outside of New York City Kristina was exposed to an array of live music & dance – attending live ballet, Broadway shows, opera, jazz festivals and rock concerts. As such, she began performing in youth-oriented musical theater at an early age. Out of that experience Kristina branched out artistically, embracing solo performance as a singer-songwriter and vocalist in alternative rock bands. Through study of classical music & opera, Kristina improved her singing and learned different voice techniques, strengthening her range and vocal depth. While inspired by Amy Winehouse’s versatility and open-minded approach to music, Kristina’s desire to express herself freely as a vocalist pulled her into the orbit of jazz where she discovered the music of Ella Fitzgerald, Anita O’Day, Sarah Vaughan and Chet Baker. During her teen years, her embrace of jazz music expanded into the performance space, joining a jazz quartet that gigged regularly.

With a music scholarship, Kristina studied jazz at the Hartt School’s Jackie McLean Institute of Jazz and finished her formal music education at The City College of New York where she received her BFA in Jazz Studies. She has studied with prominent jazz musicians such as Steve Wilson, Charenee Wade, Marion Cowings, Cyrille Aimee &  Amy London.

Kristina has performed at many venues &amp; halls throughout New York City including The Apollo Theater, Symphony Space, Smoke, Mezzrow, Minton’s &amp; Rockwood Music Hall. She was a featured artist at the 2016 New Brunswick Women in Jazz Series. Kristina was selected and performed as a Jazz Discovery Artist for the 2017 Mid-Atlantic Jazz Festival. Kristina and her Quintet were semi-finalists in the 2017 DCJazzPrix competition.

Kristina’s music connects with new audiences outside of the jazz music circle, melding jazz, funk, R&B,alt-rock sounds into her arrangements and compositions. Kristina Koller is a very original contemporary jazz vocalist, one that anyone interested in jazz, or for that matter progressive music, needs to hear.