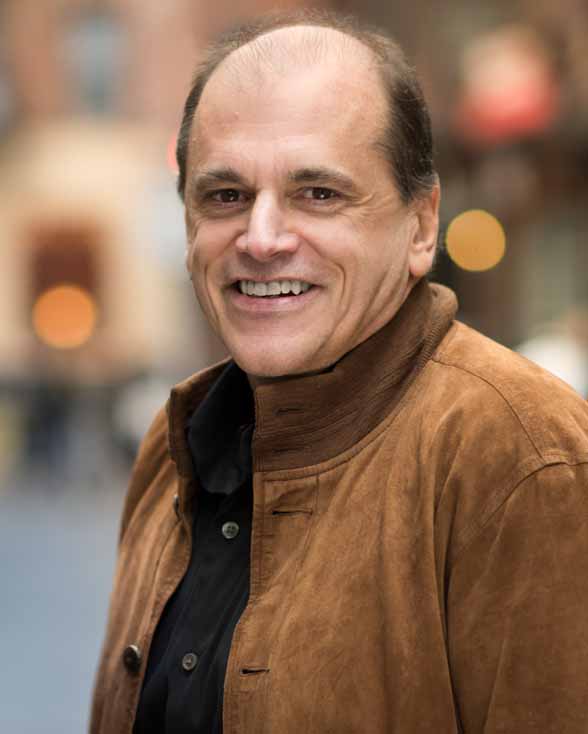 Following the success of his residency at The Metropolitan Room, NYC, innovative vocalist John Minnock, known for modern twists on cabaret classics, is now proud to bring his “Every Day Blues” series to The Triad Theatre, located at 158 West 72nd Street, New York on six separate dates between January and November of 2018. This Opry show schedule also includes tracks from Minnock’s latest album, among other performances. During these performances, Minnock will present his modern and diverse interpretations of classic blues and jazz hits, which he has precisely and appropriately chosen to represent the life experiences he has encountered as an openly gay man. For John, music is a language and, perhaps because of the discrimination and oppression that communities of jazz and blues have also experienced throughout time, he feels that “jazz and blues is the language through which he feels most comfortable”.

Before bringing his show to NYC, John performed weekly at Boston’s Encore Lounge, as part of one of the most successful jazz gigs in the city. The show was chosen as a “Featured Event” by The Boston Globe several times during its run, so these six performances of exuberant and dynamic music at The Triad Theatre are not to be missed!

“…an impressive vocalist, obviously well trained and practiced in his chosen fields of study.”

John Minnock, through his stellar, energetic performances, has developed himself into an audience favorite who is rapidly building a large New York following. He combines great originality, musicality and showmanship with clever wit and irreverent comedy to present a high-energy and entertaining evening of jazz, blues, funk and R&B.

“Like the best Irish coffee, Minnock’s voice is smooth and bold, with a good dose of Bushmills to give it a smoldering kick…stellar chops…creative phrasing; impressive scatting.”

Minnock’s core concept for his performances and overall aesthetic as a vocalist, immediately blossomed when he saw Ruth Brown’s live show, which incorporated energy, enthusiasm, and her personal life experiences. Around the same time, Minnock and his friend, Erick Holmberg (who John consults with for many of his musical endeavors) were examining jazz music. Erick drew attention to Duke Ellington’s ‘Don’t Get Around Much Anymore’, which starts with the lyric ‘Missed the Saturday Dance’, and suggested that it would have to apply to a community where there is an expectation of showing up in the same place, at the same time, every Saturday – so it’s either a small town, or if in an urban environment, a sub-culture – such as the African American community or the gay community. The seed was thus planted and it began to grow.

The New York native explains that jazz and blues were, essentially borne of the life experiences of an oppressed and discriminated against group – African Americans. The sound developed in and around New Orleans. Various cultures (beyond African Americans) have contributed their own experience and styles to the art form – and for John as an openly gay man, this same thing occurred in an evolutionary manner.

“I personally understand oppression and have experienced discrimination. I believe this is an underlying reason I gravitate toward the music.”

One aspect that carries particular importance for John during his performances is authenticity. He ensures that he never disrespects the material, or intrudes in an area that isn’t appropriate for his background.

“If there’s something in a song that refers to an experience that doesn’t apply to me, I don’t do it. For example, ‘Strange Fruit’. – how could I speak that language?”

Throughout his development and establishment as a jazz and blues New York based vocalist,  the reaction he has received from his audiences has only grown in positivity. Minnock finds this especially evident from the younger and straight perspective.

“My guess is that they are hearing these songs now framed in a different way. It’s a new lens through which to look at the genre. And staying faithful to my background, not intruding on a life and experience that isn’t mine, is key to continuing this.”

A new-breed vocalist who infuses diversity and modern interpretation into his jazz and blues show, John Minnock first gained popularity in Boston and is now a resident performer at The Triad Theatre. He is the recipient of the “HotHouse Jazz 2016 Fans Decision Metropolitan Room Award”, and recently released his debut album “Every Day Blues” (available at iTunes, Amazon, Spotify, and CDBaby).

A classically trained musician, John’s vocalizing recalls the likes of Billy Eckstein, Lou Rawls, George Benson and B.B. King. He often branches out into jazz improvisation and scat singing, and brings a rich history of the music to every performance. His wide repertoire of song renditions spans classic artists like King, Ruth Brown and Bill Withers to contemporaries such as Sara Bareilles, Amy Winehouse and Sam Smith.

“One of the best versions of ‘On Broadway’ I’ve ever heard.”