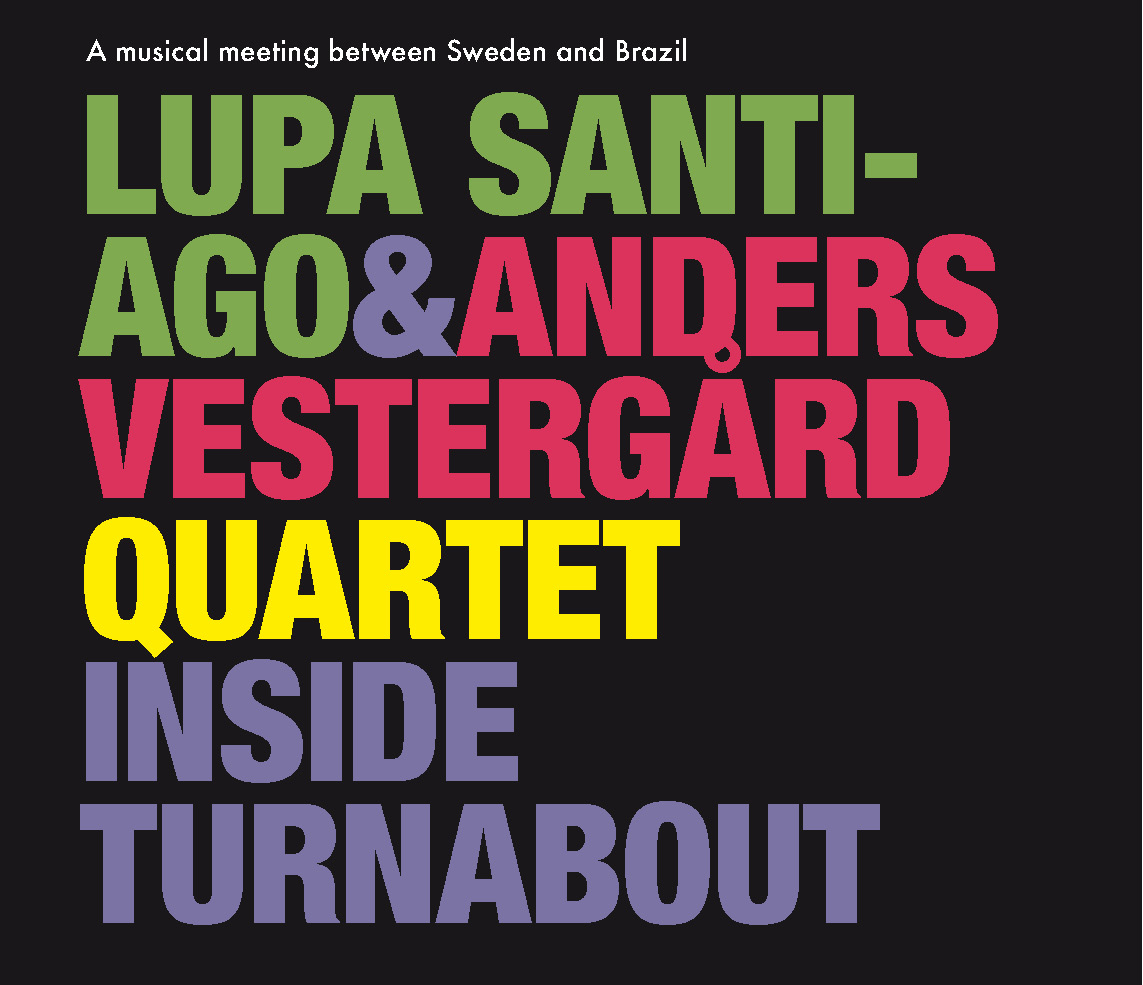 Brazilian guitarist Lupa Santiago and Finish drummer Anders Vestergard first recorded together in 2015, co-leading an international quintet that gigged in Lisbon for a week. The album Lisbon Sessions was the result of that musical experience, but its follow-up, Inside Turnabout, sounds even richer.

Vibrantly energized, the title track opens the record with strong improvisations, starting with Santiago, whose language develops with stirring motion, and then Ursaia, who expresses himself with ascendancy over the dexterous comping of the guitarist. The final honors are reserved for Vestergard, who fits his competent rhythmic vocabulary over a vampy coda, before the theme is recaptured. The mood is similar to that created by Chris Cheek’s quartet on the album I Wish I Knew.

While “Caixa Cubo” conjures a feel-good vibe that stems from a formidable groove and a catchy melody, “New Houser” is rhythmically elaborated in its prime statement but pretty linear throughout the 4/4 improvisational sections. Ursaia takes off in a glowing solo, letting his language flow through an effortless articulation reminiscent of Joe Lovano and Mark Turner. Responding to his longtime collaborator, Santiago fills the scenario with his charismatic presence, striking with an impressive technique that lets the emotions flow. By the end, the guitarist brings up a conspicuous synth guitar effect as the band trades eights with the drummer.

Marked by 5/4 time signatures and a shimmering melodic sensitivity, “Stu” and “L.O.V.” are mandatory points of interest. The latter is delivered as a sweet, tasty ballad, while the former brings another improvisational elan by saxophonist and guitarist, who embark on transitory unisons during the theme’s statement.

Tinged with pronounced Brazilian rhythms, “Lakran” counts seven beats per bar, and comes seasoned with warm harmonic progressions. The quartet closes the album in a more traditional way with “Two Step Leap”, a subtle hybridity of post-bop and Latin that is actually very pleasurable.

A myriad of dynamics and moods, ranging from intimate to uplifting to zippy, creates beautiful moments of jazz. You’ll find auspicious musical settings without borders.