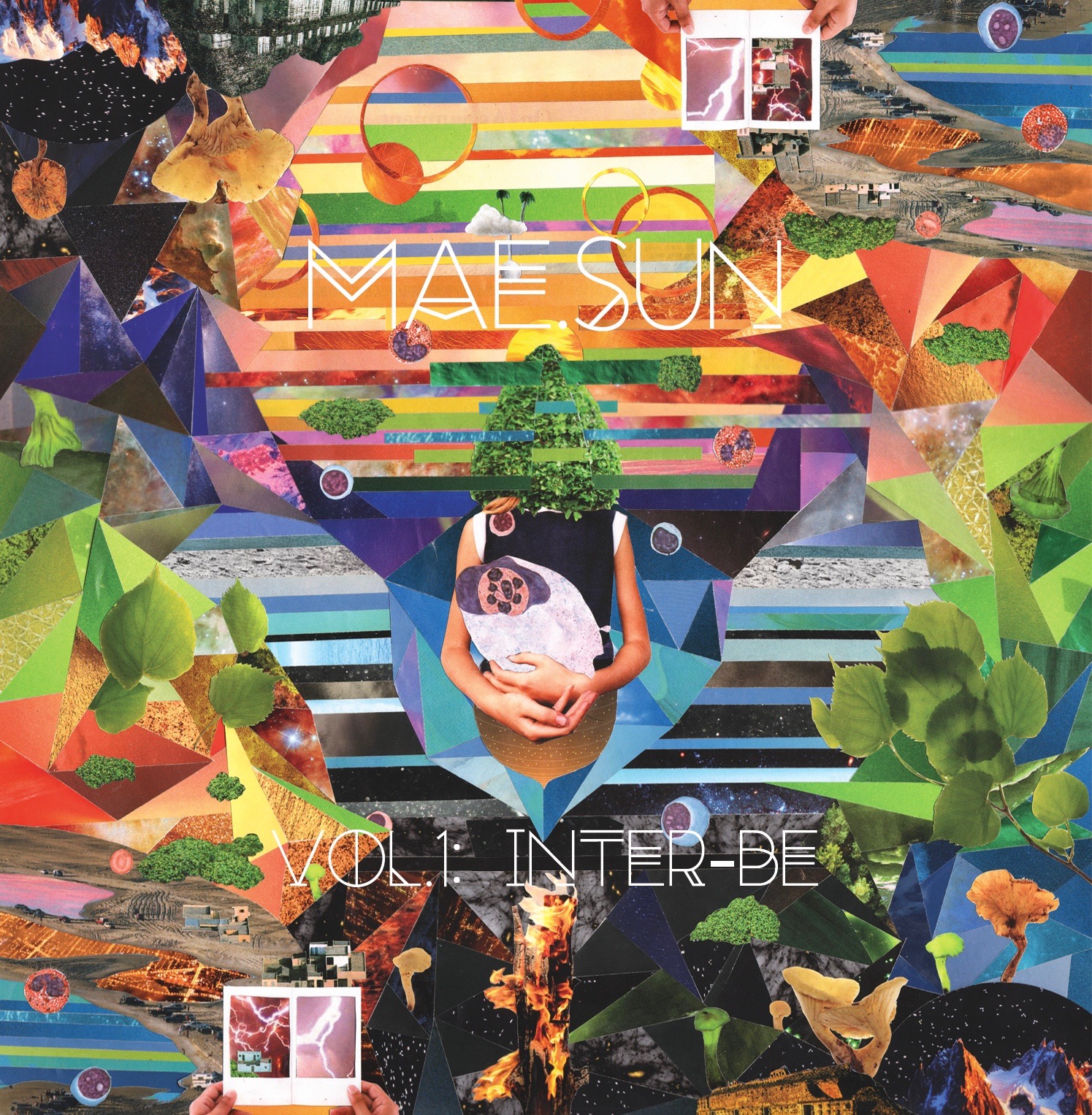 Though Vol. 1: Inter-be signifies a dramatic development in saxophonist Hailey Niswanger’s career, the new release doesn’t totally depart from the musical style of her earlier Confeddie (2009), The Keeper (2012), and PDX Soul (2015): elements of jazz, funk, and soul surface in the new set just as they do on the earlier ones. What is different, aside from the fact that Vol. 1: Inter-be is credited to MAE.SUN as opposed to Niswanger alone, is how deeply the NYC-based project is informed by the concept of universal harmony and the ideas of Buddhist monk and peace activist Thich Nhat Hanh. It’s from him, for example, that the album title is derived, the idea being that we don’t just exist but co-exist with everything, living and non-beings alike. With emphasis placed on peace and love, there’s an undeniably hippie-like vibe to the project, though there’s nothing wrong with that, especially when it’s apparently had such a freeing effect on Niswanger’s creative process.

Helping her realize her vision is an excellent cast of contributors, vibraphonist Nikara Warren, guitarist Andrew Renfroe, keyboardist Axel Laugart, drummer David Frazier Jr., and bassist Aaron Liao. While alto sax dominates the earlier albums, on Vol. 1: Inter-be Niswanger plays soprano exclusively and supplements her playing with an occasional vocal. For anyone unacquainted with her, she’s appeared five consecutive times in Downbeat‘s ‘Rising Star’ category for alto and soprano saxophone and has played with figures such as Esperanza Spalding and Terri Lyne Carrington. Throughout the new disc, Niswanger shows herself to be a fearless player whose impassioned wail repeatedly lifts the music to ever-dynamic heights, and the band’s playing, while not unpolished, is marked by abandon during the music’s most freewheeling episodes. Needless to say, all seven of the album’s pieces are infused by the album theme, but being primarily instrumental the listener has the option of attending to the material on largely musical grounds minus the philosophical musings.

“River of Perception” opens the album in fabulous manner, with an ostinato bass vamp paving the way for the others to build upon, the drummer adding a Latin-tinged groove, Warren intensifying the syncopated swing of the rhythms, and the leader extemporizing freely above the fray until the main theme kicks in. When it does, Niswanger renders the moment even more delicious by working a little tension-enhancing hiccup into the statement, and though jazz is the dominant style, it’s not the only one, as shown by the rock-tinged solo Renfroe takes after the theme’s appearance. Stylistic gears shift with the arrival of “Continuous Recognition,” a laid-back, soul-funk jam peppered with Laugart’s electric piano and grounded by Frazier Jr.’s crisp pulse, whereas the radiant uplift of “Life is Limitless” is conveyed by bright synth soloing and exuberant playing that exudes sunny, quasi-tropical tonalities.

Opting for a meditative vibe, the sultry “Breathe” follows Niswanger’s soprano introduction with a strong Warren solo turn and the leader’s first vocal appearance, the second following immediately thereafter in the sensual reverie “Be Love, Be Peace.” I’ll confess that while I initially found her ethereal delivery not entirely to my taste, with repeated listens her highly personalized singing grew on me and began to seem a natural fit for the music. In a refreshing move, “Universal Harmony” gives its opening four minutes to a powerful duet for soprano sax and piano before the full sextet appears to take the six-minute piece out, and the frenzied “Investigation of Reality” likewise distance itself from the others, with this time Frazier Jr. powering the material with a rapid breakbeats-driven pulse. “Sun of Awareness” caps the release with a seductive and ever-intensifying exercise in sinuous romanticism, the leader’s serpentine playing providing just the right flavour with which to bring the recording to a close.

As might be obvious by now, one of the album’s most appealing qualities is how deftly it challenges genre pigeonholing. Vol. 1: Inter-be naturally invites a jazz categorization, of course, but other styles, among them funk, pop, fusion, and soul, form indissoluble parts of the mix. Such transcending is very much in keeping with the project’s underlying philosophy, the idea that the conventional barriers between all things need to be dissolved in order for a higher plane of existence to be achieved and that any and all walls, literal or figurative, should be torn down, not refurbished or erected.