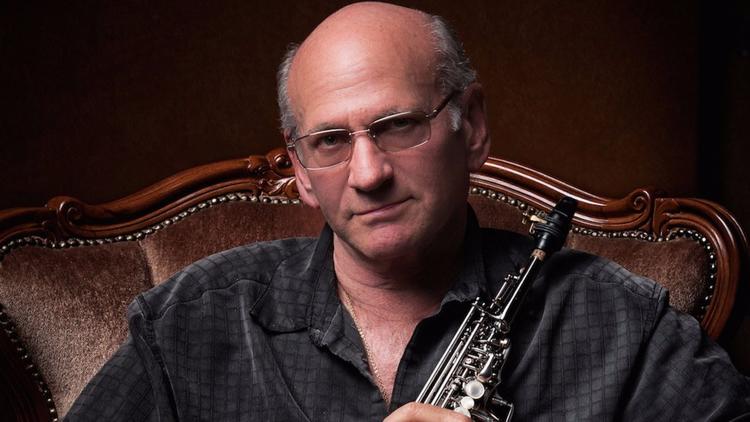 The torrents of sound that shook the Green Mill Jazz Club on Friday night could have issued from the horn of only one man: Dave Liebman.

For though other jazz saxophonists command a comparably huge sound, Liebman combined thunderous tone, virtuosic technique and keenly intelligent, relentlessly creative phrasemaking in singular fashion. Certain passages may have been more galvanic than others, but the man’s intensity never let up.

Remarkably, Liebman has been delivering these salvos at the Green Mill since 1987, when he first visited the club, returning regularly ever since. He received a National Endowment for the Arts Jazz Masters Fellowship — the country’s highest jazz honor — in 2011, but, judging by this engagement, he clearly does not wish to rest on his laurels.

Liebman conceived his first set as a reflection on the art of Miles Davis, a lifelong innovator with whom Liebman famously collaborated in the 1970s.

“Everything Miles touched became a standard,” Liebman told the crowd, exaggerating only a little. For such was Davis’ inventiveness in music and stature in popular culture that musicians followed virtually wherever he led.

Davis’ “So What” graces “Kind of Blue,” one of the most revered and enduringly popular albums in jazz, but Liebman’s version on tenor saxophone bore only tangential relationship to the original. The sleek understatement that we associate with Davis’ recording, in other words, was but a starting point for Liebman, who wasted no time transforming its signature two-note riff and building ornate melodic structures upon it. The sheer force of this performance, with Liebman fronting a quartet featuring three Chicagoans, foreshadowed the storms yet to come.

“In Your Own Sweet Way” stands as one of Dave Brubeck’s most memorable tunes, and Davis’ recording helped make it so. Once again, Liebman turned a tender song into something volatile, coaxing more tone from soprano saxophone than one might have thought possible. But there was more than volume at work here, Liebman redefining the piece with bent pitches, reimagined rhythms and unusual colors. Through it all, Liebman enjoyed robust support from bassist Kelly Sill, drummer Joel Spencer and pianist Jim Trompeter (disclosure: Trompeter composed the score to “Prisoner of Her Past,” a PBS documentary film inspired by my Tribune story and book of the same name).

The Victor Young standard “Stella by Starlight” evokes an early chapter in Davis’ career, and it drew some of Liebman’s most introspective playing of the evening. His relaxed tempo, tonal warmth and subtly expressive vibrato certainly showed the softer side of his work on soprano. Toward the end of the tune, Liebman returned to tenor saxophone and became still more contemplative, his plush timbre and ever-so-slightly flat pitch telling the story.

Liebman closed the set with Davis’ “Milestones,” a hard-driving piece performed here on an epic scale. Liebman’s depth of feeling on tenor saxophone in his opening statement — given voice via throaty low notes and deeply personalized phrasings — said a great deal about how much Davis’ art means to him. Pianist Trompeter answered Liebman’s first solo with an expansive essay of his own, his whirring right-hand lines backed by surging rhythmic energy from his left.

By the time Liebman re-entered the fray, the band had achieved considerable momentum, which, of course, only led the saxophonist to push harder. Wide-open horn calls, squealing high notes, abrupt bursts of color and piquant tonal shadings made this a most dynamic “Milestones.”

Yet Liebman upped the drama once more, playing an extended solo accompanied only by Spencer’s drums. Without bass and piano, Liebman sounded practically airborne, a master musician of still unstoppable power.