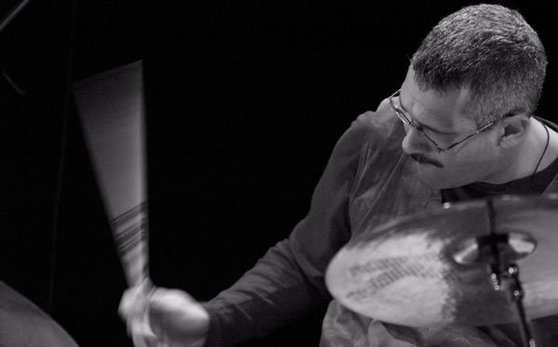 This line-up will kick things off at The Deer Head Inn, located at 5 Main St, Delaware Water Gap, PA on Friday October 13th at 7pm ($10 tickets available at deerheadinn.com), followed by an appearance at Trumpets, located at 6 Depot Square, Montclair, NJ on Sunday October 15th at 7:30pm & 9:00pm. Tickets are available www.trumpetsjazz.com.

On Tuesday, October 17th the ensemble will then begin their run of New York shows at SUNY New Paltz, Studley Hall, located at 1 Hawk Dr, New Paltz, NY at 8pm (tickets $8/$6/$3 at door). On Wednesday October 18th, Zinc Bar, located at 82 W 3rd St, New York will stage the official New York City release concert for Siegel’s “King of Xhosa” at 7:00pm (tickets at door).  On Thursday, October 19th, Siegel will bring his vibrant and dynamic set to Bard College, Blum Hall in Avery Arts Center, located at Blithewood Avenue, Annandale-On-Hudson, NY at 8pm.  This will be a free admission show. On Friday, October 20th at 7:30pm, the group will perform their penultimate gig in The Great Hall at the Unitarian Universalist Society of Schenectady, located at 1221 Wendell Ave, Schenectady, NY, as part of “A Place for Jazz” concert series. Tickets are available at www.aplaceforjazz.com. Finally, Siegel will bring his tour to a close at The Falcon, located at 1348 US-9W, Marlboro, NY, on Sunday October 22nd at 8pm. Reservations can be made at www.liveatthefalcon.com ($20 suggested donation).

This tour follows the release of Siegel’s third studio recording “King of Xhosa”. This album merges Siegel’s high energy, straight ahead post-bop with the deeply spiritual stylings of trumpet master Feya Faku to produce a vibrant sonic tapestry of South African infused jazz. Jeff Siegel and Feya Faku first came together in 2014 in Siegel’s home-turf of Woodstock, New York when Faku visited there to perform with Uhadi, his group of select South African musicians. Siegel was immediately drawn to Faku’’s sound. “From the first time I heard Feya in Woodstock, I knew that he had the perfect vibe, sound and soul” says Siegel. That summer, Siegel embarked on the trip of a lifetime to Cape Town and Grahamstown, South Africa, where he participated in the International Association of Schools of Jazz, and performed at the Grahamstown Jazz Festival. It was during this profound trip that the idea of a collaboration with Faku truly took hold. “Because African music is the roots of what we play as Jazz musicians, there was a feeling of being home while I was there,” he says, “…it was a blessing to meet, hear and play with wonderful musicians and experience the soul of Africa firsthand.”

Drummer/Composer Jeff “Siege” Siegel is a veteran of the New York Jazz scene and has worked with a virtual “who’s who” of artists. He came onto the New York scene in 1980-83 as a member of the quartet of the legendary multi-instrumentalist Arthur Rhames.  After six years with the group Second Sight, which featured trumpeter Dave Douglas, Siegel became a member of the Sir Roland Hanna Trio from 1994-’99.  From the years 1990 – present he has been co-led several touring ensembles as well as The Jeff “Siege” Siegel Quartet.  Simultaneously, from 2001 – 2015 Siegel was also a member of the Lee Shaw Trio from whom he also produced several cds and a dvd.

As an educator, Siegel is a faculty member at The New School for Jazz and Contemporary Music, Western Connecticut State University, and The State University of New York at New Paltz .He holds a Masters Degree in Jazz from Queens College where he studied composition with Jimmy Heath.  He has been the recipient of several grants from Meet the Composer and endorses Vic Firth Drum sticks.  Please be on the lookout for Siegel’s upcoming new cd release with his quartet, “London Live” (ARC Records).