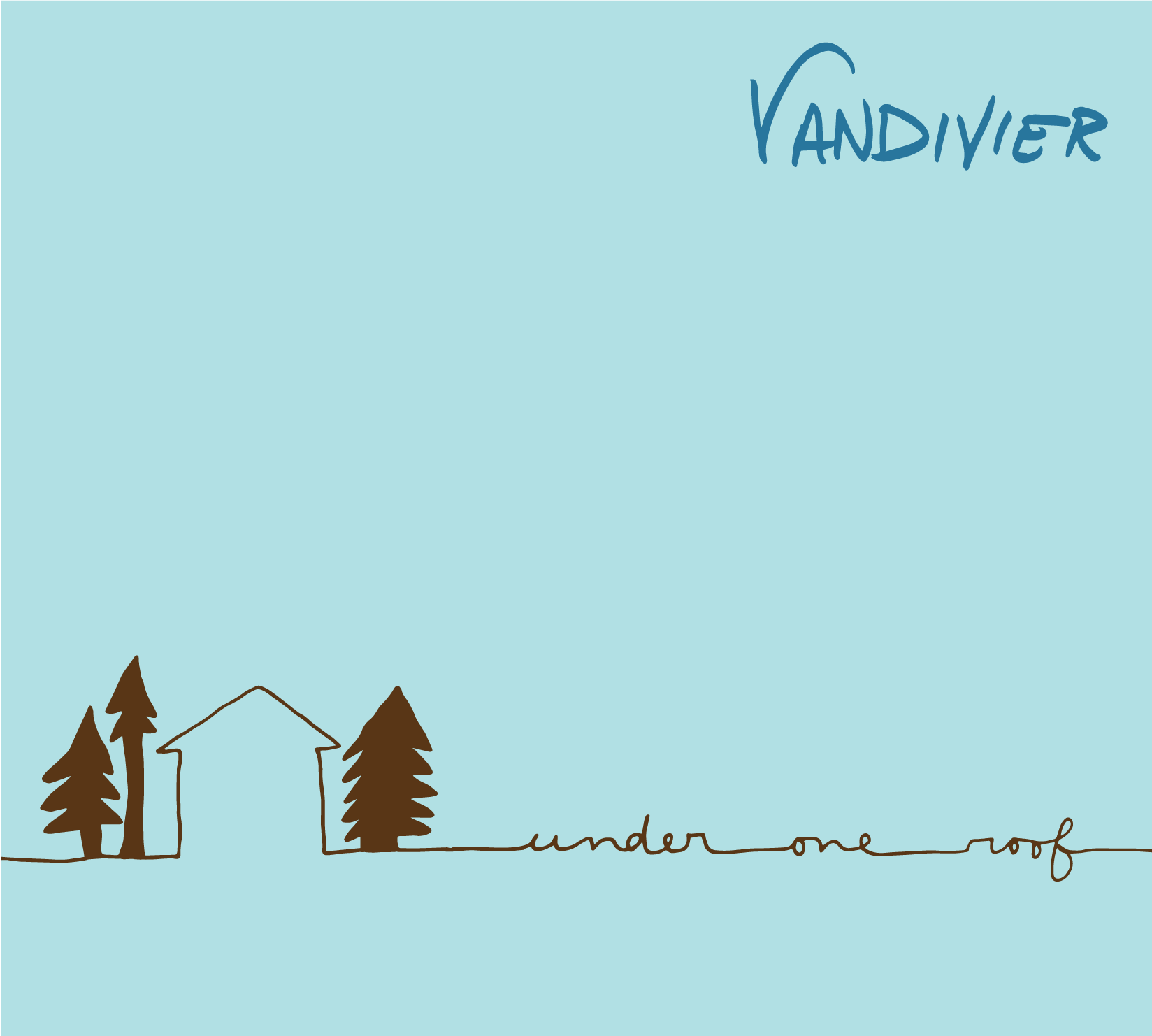 Soulful guitarist Rick Vandivier is proud to announce the September 29th release of his third album “Under One Roof”. This dynamic project is performed and presented by Rick’s contemporary electric jazz trio “Vandivier”, which features the formidable rhythm section of bassist Dan Robbins and drummer Lorca Hart. Guest Kenny Corso adds some tasty guitar work to track six, “Luscious”.  On “Under One Roof”, Vandivier illustrates his personal experiences as a family man and highlights the highs and lows that can come with that role. Understanding that each family is totally unique, he portrays all of the wild, wonderful, challenging and sublime dimensions of his distinctive household and hopes that each of his listeners can then “resonate with the feelings expressed in this kaleidoscope of emotions and moods”.

“I am grateful for every joy, heartache, headache, milestone and thorny opportunity for growth that being a son, brother, husband, and father has provided and will continue to provide until my dying day.”

This Avatar Productions release was recorded at Fantasy Studios, Berkeley and includes an array of original material, each of which display Vandivier’s personal and individual experiences. The opening tack, “New Man” was written during a family camping trip to Lake Tahoe, just after Rick’s eldest son had turned seventeen. This track recognizes  the new man that he was becoming and the new paths that he would choose to take in the world.

“And So I Said” is a musical depiction of how Rick often replays conversations in his head to try make sense of them. He has personally realized  that, for him, better options are to write some music, go swimming or do whatever it takes to bring him forward into the here and now.

Lennon & McCartney’s “Come Together” is one of two covers featured on the album and was suggested for inclusion by Vandivier’s “brother-by-music” Sam Pearl. It’s a highlight of the trio’s live performances and fits the theme of the album nicely.

“Elegy for my Brother” was written after the passing of Rick’s brother, Mike. It overlaps the sense of grief felt after this loss with the sense of gratitude that Rick has for the place that his brother had in his life.

Vandivier’s youngest son, Kai is the subject of the fifth track of the album “Night Walker”. Vandivier recalls taking walks with his son long after dark, and it was then that Rick would learn about what was stirring in his heart. For Rick, this track celebrates these privileged conversations.

“Kristi continues to surprise, delight, confound and amaze me daily.”

“Your Own Side” is a musical musing of boundaries. He notes that “sometimes the most loving thing I can do is let you be on your own side until I receive an invitation to do otherwise”.

“The Salty Taste of You” is dedicated to Rick’s father. On one August Day, Rick had a realization beyond his conscious understanding. “It was the experience that I needn’t worry ever, and that time is completely nonlinear, and somehow layered”, recalls Rick.

The closing track of “Under One Roof”, is the only other cover included on the album. Rick dedicates one of his favourite tunes, Cole Porter’s “You’d Be So Nice to Come Home To” to their two cats “who help make living under one roof a lovely thing”.

“Under One Roof” is a true representation of not only the skilled and eclectic guitarist Rick is, but the loving and devoted family man he has developed and continues to develop himself into.

Rick Vandivier has been performing and recording in the San Francisco Bay Area for the last 35 years. He is composer and leader of his own dynamic group, Vandivier, a contemporary eclectic trio. In addition, he is co-leader of Primary Colors, along with vocalist extraordinaire, Nate Pruitt. The group specializes in jazz and grooves with adventuresome interplay. “Under One Roof”, slated for release on September 29th, 2017, will be the third album for Vandivier.    Primary Colors has three CD releases to date. Rick has performed with artists that include Carl Saunders, Albert “Tootie” Heath, Bruce Forman, John Handy, Mose Allison, David Grisman, Richie Cole and Dr. Lonnie Smith.

Born in Lima, Ohio, Rick is a graduate of the Berklee College of Music in Boston and San Jose State University. In addition to private studies with Pat Metheny and Mick Goodrick, Mr. Vandivier has taken master classes with Christopher Parkening, Ray de la Torre, Michael Lorimer, Michael Hedges, Tuck Andress and Manuel Barreuco. Mr. Vandivier is an instructor at San Jose State University and Stanford University. He has been happy to collaborate on the recordings of numerous artists such as Nika Rejto, Ed Johnson, and Kat Para.