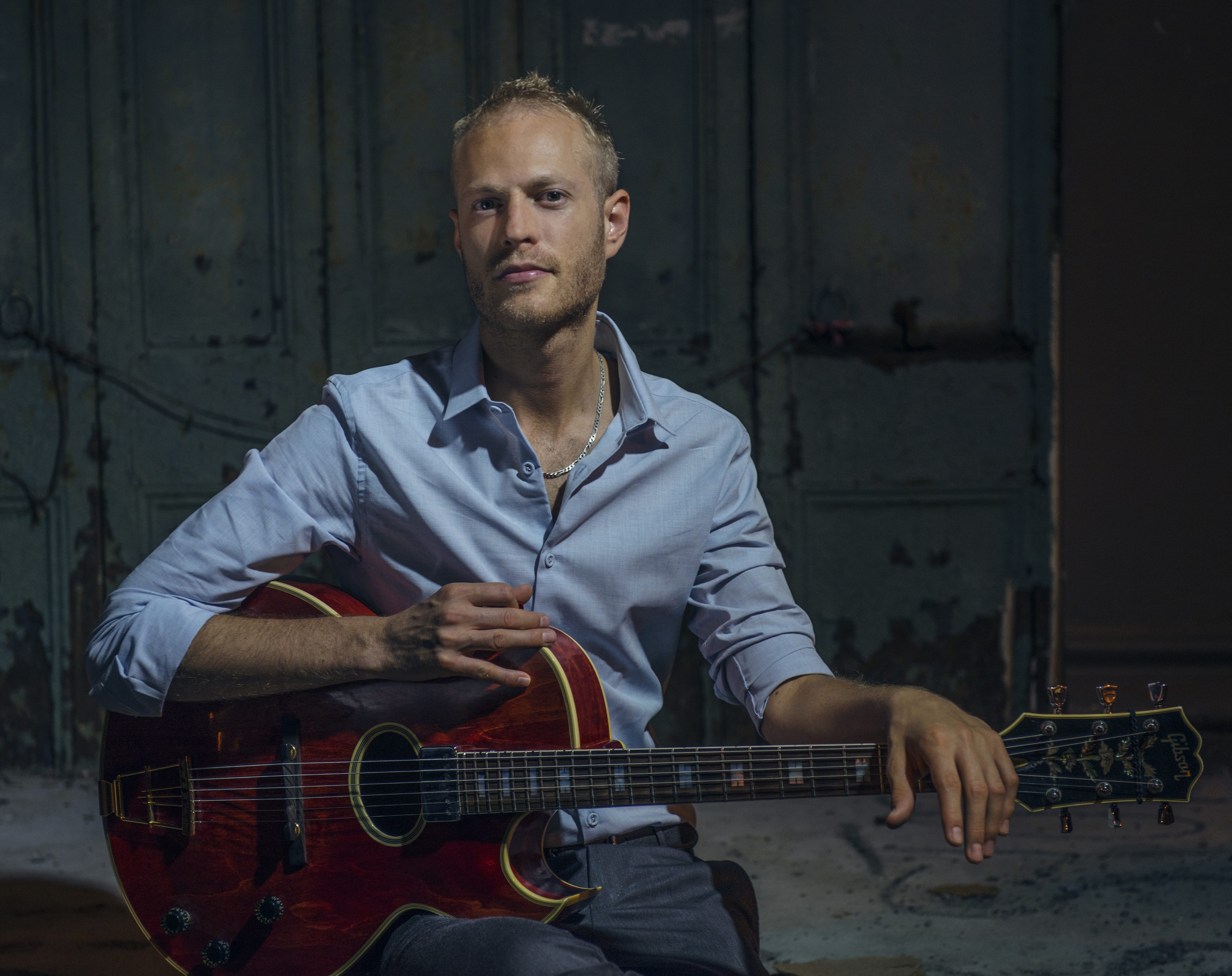 It’s telling that Antidote, jazz guitarist Rotem Sivan’s fourth album as a leader and second with trio mates bassist Haggai Cohen Milo and drummer Colin Stranahan, includes Arlen-Yarburg’s “Somewhere Over the Rainbow” and Dylan’s “Make You Feel My Love,” given how much the album’s other nine tracks seem more song-like than the jazz norm. And though all but one are instrumentals, they’re still songs, especially when melody, verse-chorus structures, and three-minute durations are present (in such a context, the seven-minute “For Emotional Use Only” qualifies as a prog-length opus). None of which argues against the set, by the way; if anything, it makes it all the more appealing for being so melodically strong and direct.

Don’t get the wrong idea: Antidote is a jazz recording, with material executed by players schooled in the genre and comfortable improvising. Sivan, for example, completed his studies in both classical composition and jazz in Tel Aviv and NYC, after which he moved to New York from Israel to secure a place for himself in the city’s bustling jazz scene. Perhaps it would be better to describe Antidoteas a jazz recording of instrumental songs. Track lengths might be short, but they’re nevertheless long enough for Sivan to demonstrate musicality, imagination, and technical facility. Every piece is elevated by a sharply defined attack that’s as elegant or abrasive as the material requires. He’s the kind of player who can easily drop a few bars of “My Favourite Things” into an extended solo (as happens on “Reconstruction”) when the mood strikes; listen carefully and you might even hear echoes of Bill Evans’s “Peace Piece” during “Rustic Heart.”

The guitarist naturally carries the melodic load, but the group is otherwise a trio of equals. All three personalize the material, and certainly the trio format affords each ample individual space. Sivan’s prowess as a player is thoroughly exhibited on the uptempo opener “Shaharv,” without compromising the clarity of its song structure. The title track exudes a comparatively wistful air when the three execute its melodic details with delicacy during the introduction, but things take a heavier turn two minutes in, as if suggesting an outpouring of anger. A slow ballad such as “Aloof” suggests Sivan’s sensibility isn’t all that far removed from Bill Frisell’s, not in the playing style but in each artist’s focus on song form, no matter the performance’s instrumental design; certainly it would be easy to imagine Frisell giving the Dylan tune a breezy, jazz-inflected makeover much as Sivan does on Antidote.

There’s a strong connection between the music and his emotions, the guitarist himself acknowledging that the material emerged in the wake of a breakup with a girlfriend of many years; as such, creating the album proved cathartic for the guitarist and not only helped him deal with the emotional aftermath but recover and find love again. In that regard, it’s fitting that “Somewhere Over the Rainbow” (identified on the sleeve as “Over the Rainbow”) should be given a spirited rather than downcast treatment, the move perhaps signifying hope on Sivan’s part for better days to come. The track’s also memorable for being the album’s sole vocal cut, with a cooing Gracie Terzian distinguishing the song with a smooth and sultry performance that complements its funky, trip-hop groove.